Teresa Giudice’s Boyfriend Luis Ruelas on What He Thinks of Joe Giudice, Confirms Plans to Propose to RHONJ Star

by Lindsay Cronin May 31, 2021 45 comments
ShareTweetWhatsappPinterestRedditTumblrMailFlipboard 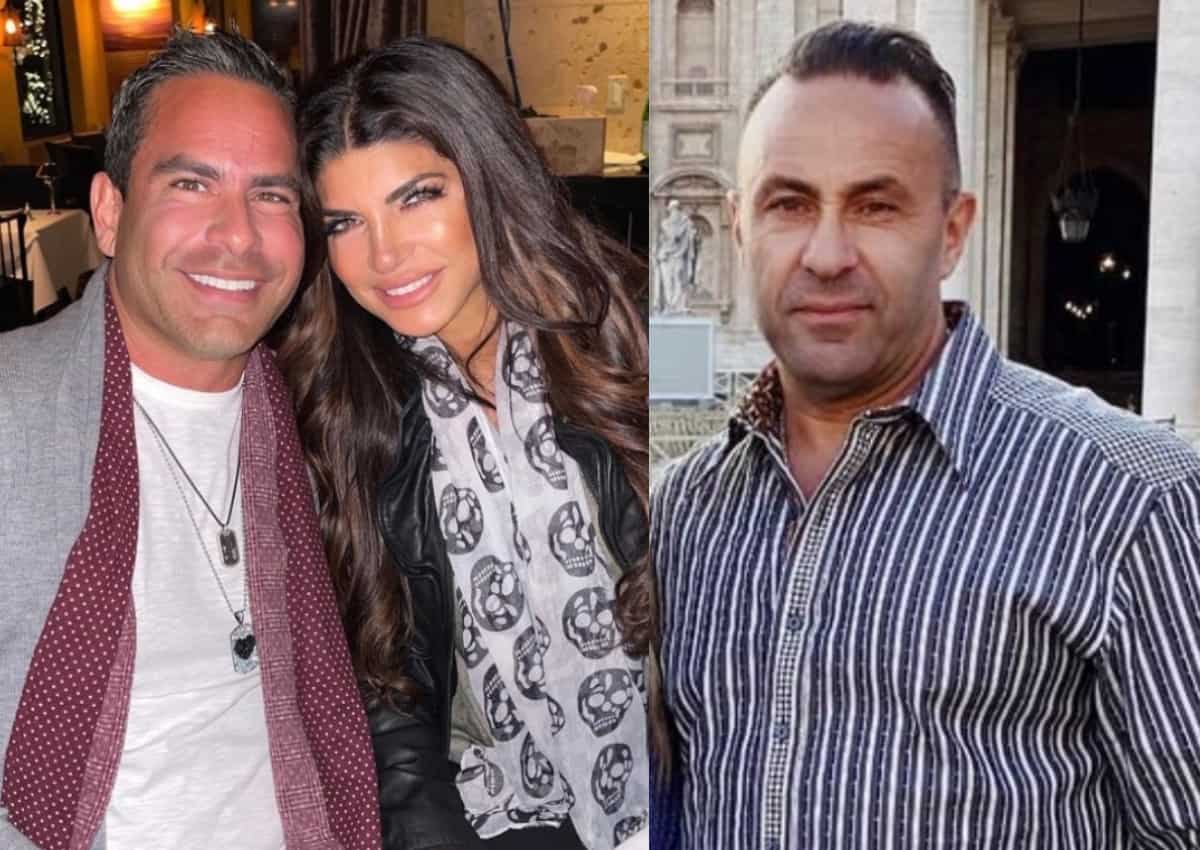 Teresa Giudice appears to be on the verge of an engagement.

Months into her relationship with Luis Ruelas, the Real Housewives of New Jersey star and her businessman boyfriend were caught out in Beverly Hills, where they were questioned about their future as well as his relationship with her ex-husband, Joe Giudice.

“You have plans to put a ring on it, [Luis]?” a TMZ videographer asked the couple amid their outing.

When the man then questioned Teresa and Luis about whether or not Luis got along with her ex, Luis had nothing but good things to say about the father of Teresa’s four daughters, Gia, 20, Gabriella, 16, Milania, 15, and Audriana, 11.

As for a potential double date, Teresa initially said she wasn’t so sure about teaming up with her ex and his girlfriend before confirming she is open to making it happen “in the future.”

“I mean, you never know. In the future, yeah,” she shared.

As RHONJ fans likely saw, Luis recently met Joe for the first time in The Bahamas, where the two of them enjoyed a meal with Teresa and their children.

Following the dinner date, Joe admitted to Us Weekly magazine that he was a bit uncomfortable.

“You can all imagine how I felt when they walked in the room. It was awkward to see my ex after a lifetime together with someone else,” he shared. “[But] I believe we deserve to all be happy and our children will thank us for it. I am genuinely happy for both Teresa and Luis and wish them the best!“

Although Teresa and Luis purchased a $3.3 million home together earlier this year, she confirmed on an episode of Watch What Happens Live last month that the two of them were not yet living in the home.