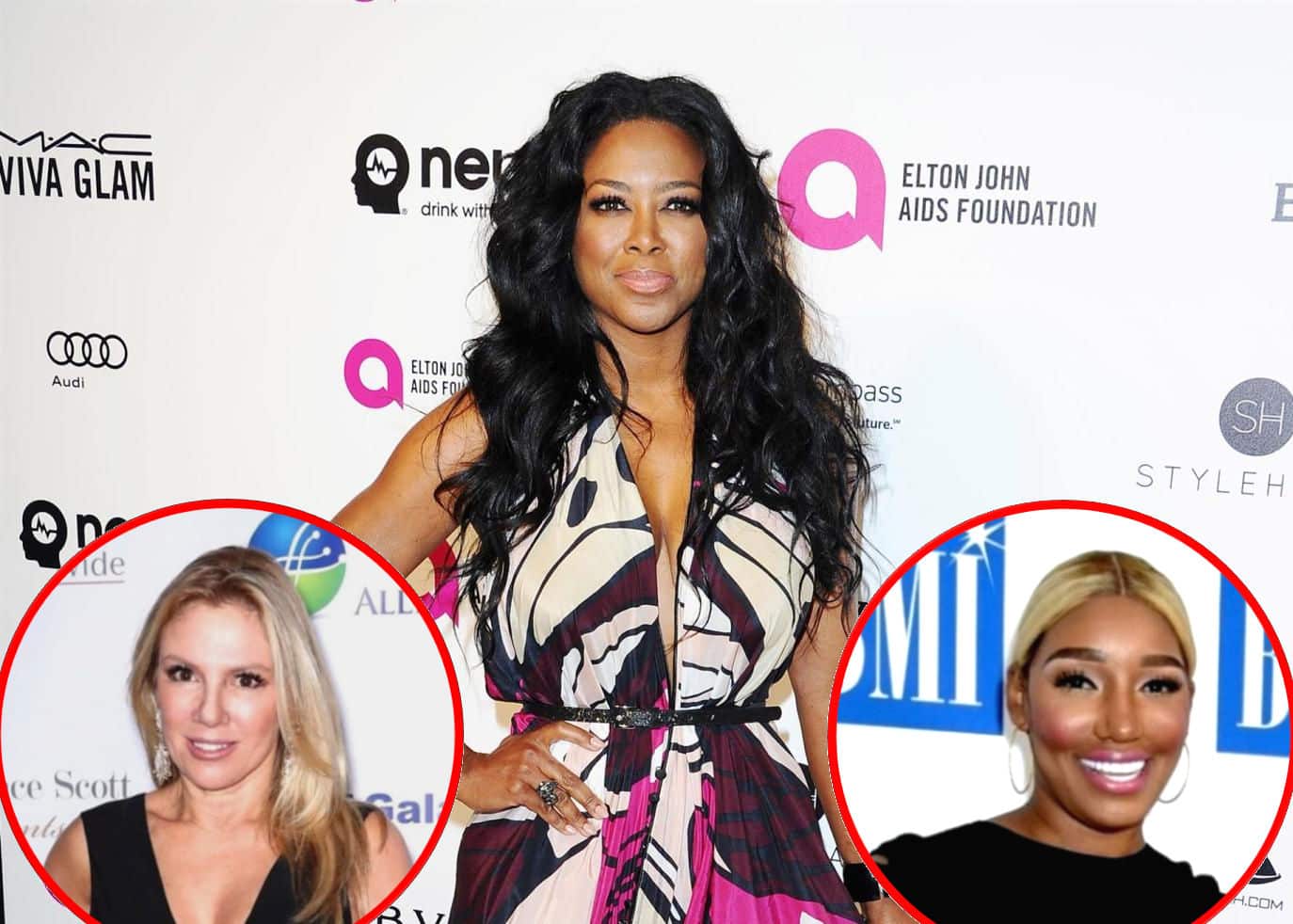 Kenya Moore has never been one to filter herself for others. The former Miss USA is now opening up about Ramona Singer’s behavior on Peacock’s Real Housewives: Ultimate Girls Trip. She also shared her thoughts about NeNe Leakes‘ possible return to Real Housewives of Atlanta.

Though Kenya is a full-time castmate on RHOA, her hands are in many pots. In addition to the new spinoff on Peacock (when she vacationed with Ramona), she just competed on the last season of Dancing with the Stars.

As she spoke with Page Six, Kenya mentioned that Ramona was “blatantly disrespectful.” From the beginning of the trip, Kenya found the Real Housewives of New York star to be “very rude.” Kenya continued by saying, “She cursed at me within 30 minutes of meeting her.” Kenya later added that she is “not the girl to be disrespectful with.”

In a preview for the spinoff, Ramona and Kenya are shown on a boat with the other women. Ramona eventually says “f–k you” to Kenya, who immediately stands up for herself. “What you’re not gonna do is say, ‘F–k you,’ to me,” Kenya responds. “Who the f–k do you think you are, Ramona?”

Although Kenya tried to get through to her, nothing seemed to make a difference. The former beauty queen revealed in the interview, “You’re not going anywhere. It was like, I’m just doing it now for the sake of abusing myself . . . Because the more you kept trying to talk to her and talk sense into her, it was like hitting your head against a brick wall.”

When asked about Ramona’s alleged racism, however, Kenya shared, “I’d hate to speculate on something like that . . . That could be very damaging to someone, especially if it’s not true.”

In an interview with E! News’ Daily Pop, Kenya was asked about Nene’s possible return to RHOA (after NeNe expressed the idea in another interview). Kenya explained, “You know, I don’t know. I know she has a lot of fans and people love her, and definitely she has made her mark on the show and she made the show what it is.”

Kenya also expressed, “I think that interview was from her, you know, wanting to come back.” But Kenya didn’t know if “there’s a future for her . . . with the network.”

Most likely, Kenya is referring to comments NeNe made about the network’s alleged racism (which also involved Andy Cohen). As a castmate since 2012, Kenya knows that Bravo doesn’t take kindly to people who spill unpleasant secrets. The only question is if they’ll overlook NeNe’s ‘slip-up’ or if they’ll continue to keep her at arm’s length.