Scheana Shay Tells Charli Burnett: “I Don’t Do Twitter Fights” After Her Post About Brock’s Failed TV Installation, Plus Brock Weighs in on the Vanderpump Rules Drama 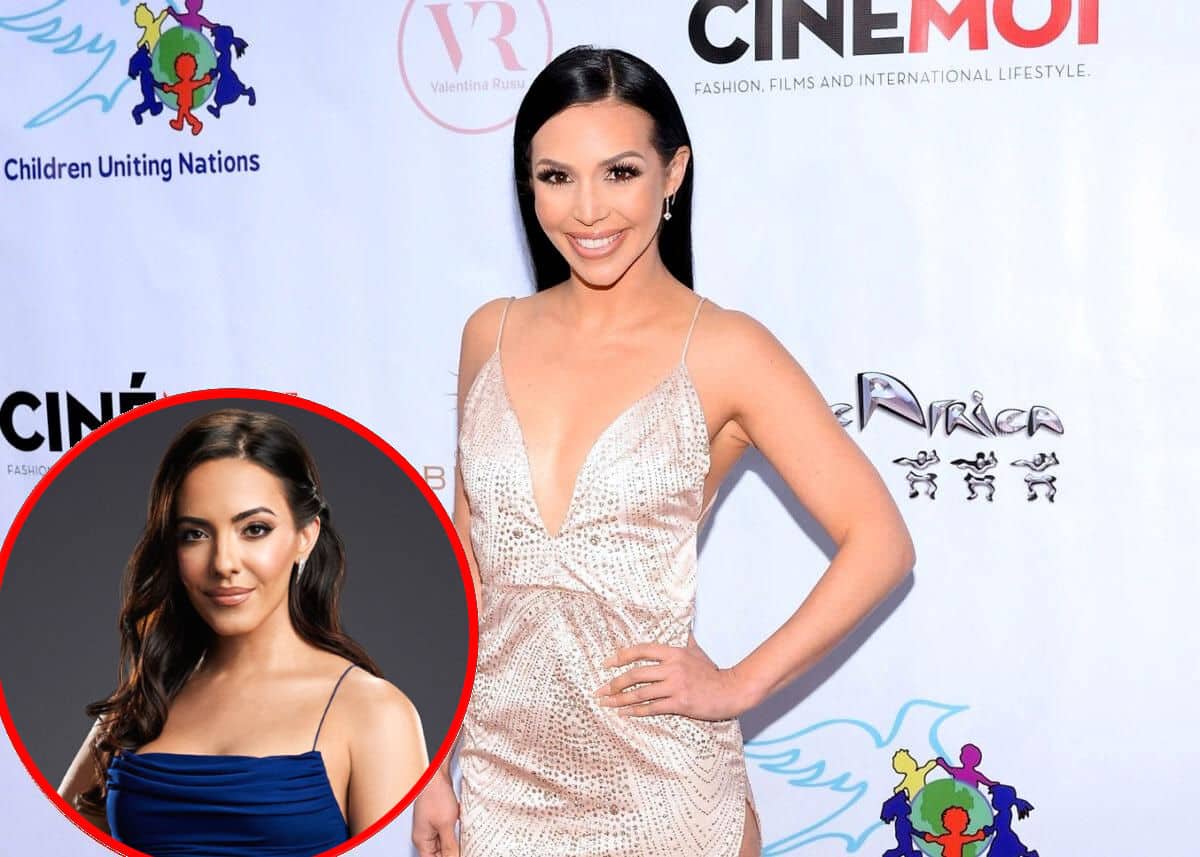 Scheana Shay and Charli Burnett were involved in an online dispute earlier this week after Charli revealed that the TV Brock Davies was seen hanging on the latest episode of Vanderpump Rules had fallen off of her wall.

After Scheana and Brock were seen visiting Charli’s new home with boyfriend Corey Loftus, Charli admitted she and Corey were alarmed and thought someone was breaking into their home when the TV plummeted from the wall to their floor in the wee hours of the morning.

“Update on the TV Brock hung up lmao it literally fell at like 4 am we thought someone was breaking in,” Charli tweeted on November 9, along with a couple of crying emojis.

Update on the TV Brock hung up lmao it literally fell at like 4 am we thought someone was breaking in 😭😭 #PumpRules pic.twitter.com/rmh47EpvE0

The following day, after seeing what her Pump Rules castmate had shared, Scheana posted a message of her own, making it clear that the fall was not the fault of her fiancé but rather the lack of tools and attachments he was provided with.

“And you knew y’all didn’t have the proper tools or anchors for him to do it that day. He got it up quickly and did all the steps for the vlog. It was never secure,” Scheana explained to Charli.

While Scheana took Charli’s tweet as a diss, Charli quickly fired back at her message, telling her co-star that her comments about the television were nothing more than a joke.

“Oh god scheana it’s a joooookkeee,” Charli replied. “Did you sit all night mad about this and we did… but legit its funny! Not that deep boo.” 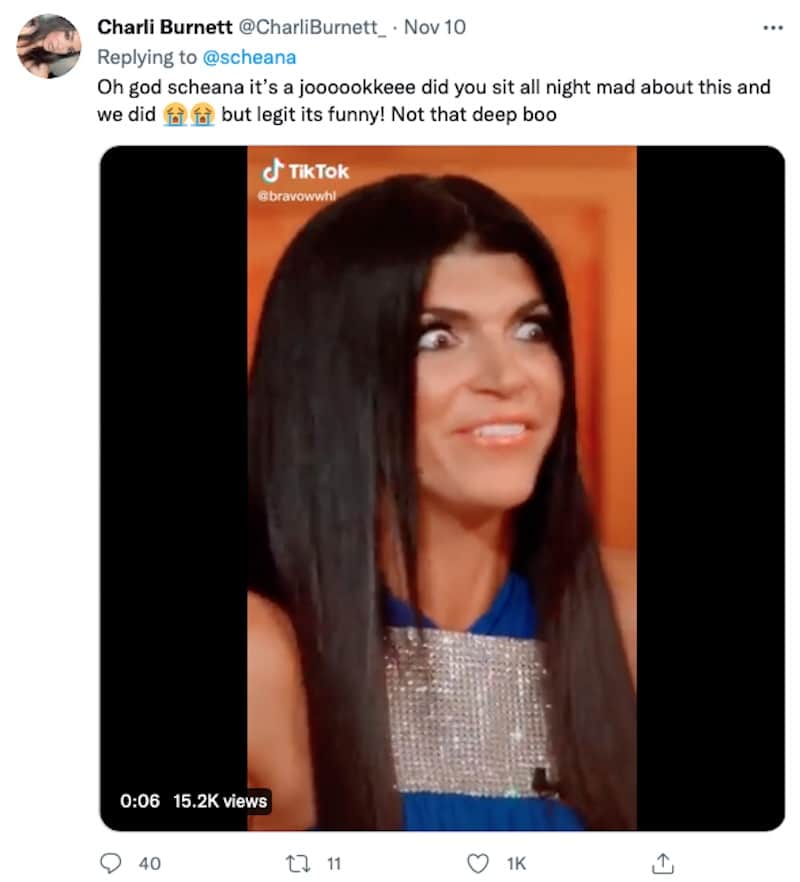 Still wanting to ensure that Brock’s television-hanging skills weren’t talking poorly of, Scheana said she was stating “facts” and encouraged Charli to check her text messages.

“I don’t do Twitter fights with my friends. Only state facts. Check your texts,” she wrote.

Following the drama, Charli returned to her Twitter page, where she defended her sense of humor with a TikTok video.

“That’s my sense of humor. My mistake was thinking everyone was going to understand my joke,” her video explained.

As for Brock, he also addressed the feud on his Instagram Story.

Along with a screenshot of Charli’s tweet, Brock said, “Hahaha, I’m surprised it lasted so long…”

He also added, “PSA. Take a minute to find your studs first, use AP appropriate screws… Love ya guys.” 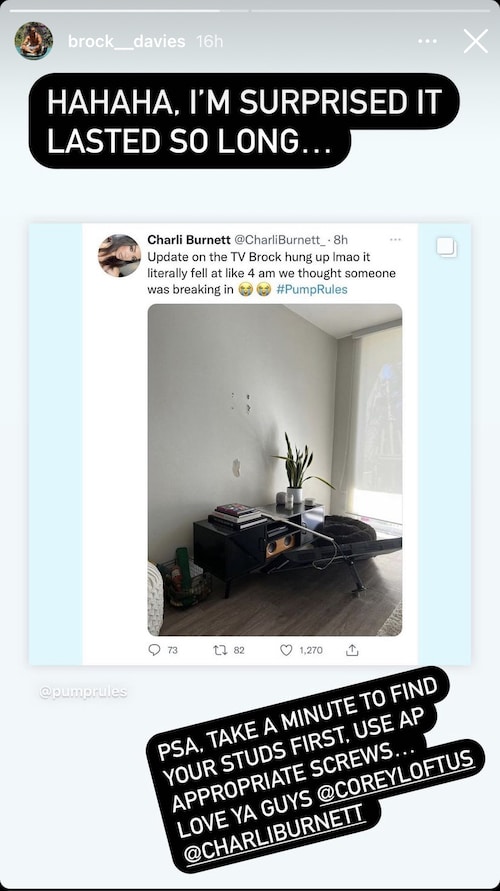