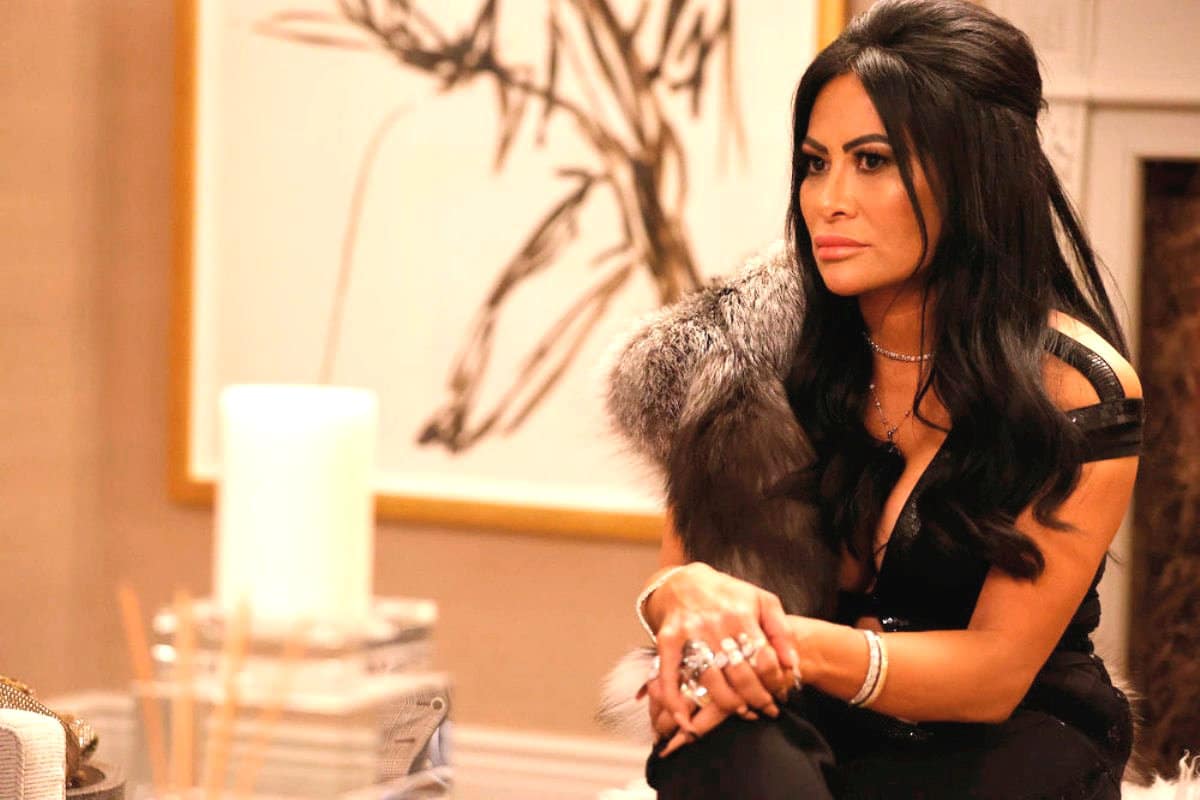 Jen Shah is confirming who it was that called her as she and her Real Housewives of Salt Lake City co-stars prepared to embark on a girls’ trip to Vail, Colorado.

After she was seen receiving a mysterious call, which prompted her to quickly remove herself from the bus set to take her and her castmates on their getaway, Jen revealed who was on the other end of that call as the other ladies of the show, including Whitney Rose, Heather Gay, and Lisa Barlow, explained why they were initially concerned for her well-being.

“We leave Beauty Lab + Laser. We’re gone maybe like 10, 15 minutes. And then that’s when I got a phone call,” Jen recalled on the November 14 episode of the RHOSLC: After Show.

Although Jen told her castmates after the call that her husband, Sharrieff Shah, was suffering from internal bleeding, the person who called wasn’t Sharrieff nor was it anyone calling with information about him. Instead, it was a New York City detective.

“It was a New York number. I answered it and it was a detective and what he said to me was, ‘Hi, this is Detective so-and-so I just want to make sure, are you okay?’ I said, ‘Wait. You’re from where?’ And he says, ‘New York City,’” she shared.

“The first thing I said to him, ‘Is my husband okay?’ He’s like, ‘Yes. Your husband is fine. I just need to make sure you’re okay,’” Jen explained.

After Jen’s conversation with the detective ended, she got a text from Heather, who informed her that a detective was with her and questioning her about Jen’s whereabouts.

“She says, ‘Jen, a New York detective is here and he’s asking if you’re here and he’s asking where you are because he just needs to make sure you’re okay.’ I didn’t see the text message until after I hung up with him and looked at my phone. So now I’m thinking, because I have a restraining order against somebody in New York from years ago. So then I’m thinking, ‘Oh my gosh. Maybe this person has threatened my family’s life again or my life,’” Jen continued. “Because why would they be saying, ‘Are you okay?'”

According to Jen, she had previously taken out a restraining order against a man who had made threats against her and her family.

“There was already a restraining order against his person, they broke the restraining order, flew to Utah to try to physically assault me. So I’m scared because there are real physical threats that have happened,” she explained.

As Jen was worrying about her safety and the safety of her family, so were her RHOSLC co-stars.

“I kind of was worried that someone was after Jen because the way they kept saying, ‘We just need to make sure she’s okay.’ It was like, wow, did we just dodge a huge bullet? Was there an attack on Jen? Was someone after her?” Whitney remembered.

“Absolutely,” Heather agreed. “The detectives said that to me probably five or six times, ‘We’re looking for Jen Shah. We need to make sure she’s okay.’”

As for Lisa, she shared similar thoughts to that of Jen, who was ultimately arrested for fraud and money laundering, because she knew what she had gone through with the man who harassed her years ago.

“My brain immediately shifted because last year, Jen had told me and a few of the other girls that there was a guy that ended up going to Rikers because he was harassing her. And when they were saying they were worried if Jen’s safe, I was thinking, ‘Did this person escape? Is Jen’s life in danger? Is Jen okay?'” she shared.