Home Selling Sunset Selling Sunset: Chrishell Stause’s Blind Date Accuses Her of Lying About Jason Romance Timeline, Offers to Donate $50k to Charity If She Can Pass Lie Detector as She Fires Back

Selling Sunset: Chrishell Stause’s Blind Date Accuses Her of Lying About Jason Romance Timeline, Offers to Donate $50k to Charity If She Can Pass Lie Detector as She Fires Back 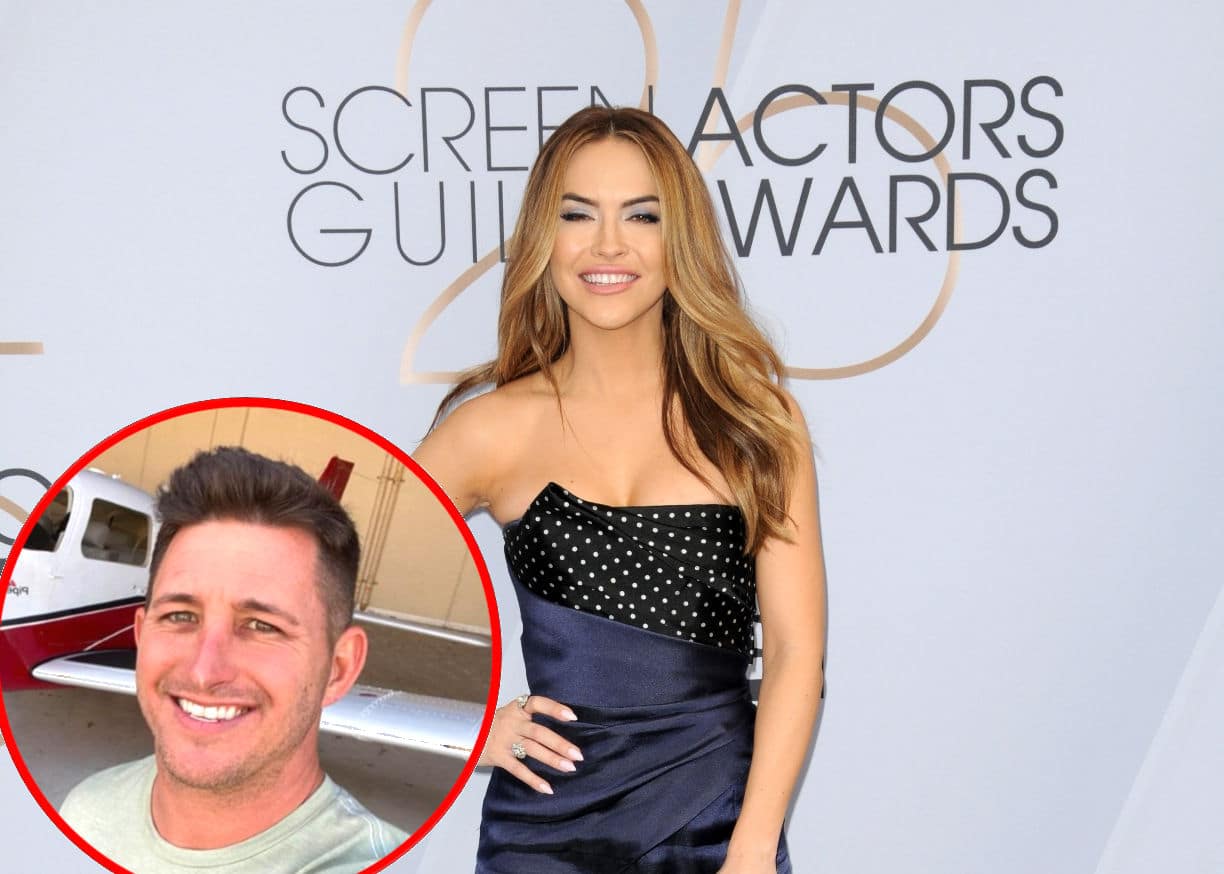 After the could-have-been couple was set up amid a yacht party with their co-stars, including Robert’s friend, Tarek El Moussa, the now-husband of Heather Rae Young, Robert is defending himself against his seemingly rude behavior and accusing Chrishell of being secretly involved with Jason Oppenheim, who the actress went public with over the summer.

“She was with Jason,” Robert told Us Weekly on December 16. “They had been hooking up prior to that. There’s no way you would go on a date, a friendly [date], and then not even give the guy any time of day to get to know you whatsoever. I could feel the awkwardness.”

During the Selling Sunset episode on which he was featured, Robert was seen picking up Chrishell and taking her to the back of the boat in hopes of getting “to know each other.” Unfortunately, she didn’t seem thrilled with the idea.

Looking back, Robert said the scene was taken out of context.

“Everybody thinks, like, ‘Hey, here’s Robert. He just man-handled her and took control of her.’ And no, that’s not what happened at all. That wasn’t the intention,” he insisted. “I’m a funny, outgoing Scorpio guy [who] likes to have fun. So that was my last attempt at trying to get to know Chrishell.”

According to Robert, he felt that production was pushing the “narrative of us getting to know each other” and did his best to go along with that. Unfortunately, as he now admits, his behavior “came across super bad.”

Now, months after the scene was filmed, Robert says he feels “hurt” and “used.”

“I’d never once in my life been on any type of date that I was treated like that — just ignored and belittled pretty much,” he said. “[I was] in disbelief that A: my friend would even put me in that type of situation and B: how she handled herself.”

After blocking Chrishell on Instagram, Robert is moving on. However, he does have some opinions on the reality star’s relationship with Jason.

“I was like, ‘Really? You’re gonna date your boss?’ I don’t date people I work with [because that] doesn’t make for good business,” he said, adding that he has “no doubt” in his mind that Chrishell and Jason were an item at the time of their blind date.

“If Chrishell wanted to take, like, a polygraph [test] to prove that — if she proved that [she] and Jason had no relationship or no connection at that point — I’ll donate $50,000 to a charity of her choice,” Robert added.

Prior to Robert’s interview with Us Weekly, he and Chrishell butted heads on Twitter after he suggested she acted oddly towards him because “[her] boyfriend Jason was right there.”

“Oh hi Robert!” Chrishell replied. “Jason was not my boyfriend here. In fact, that step came much later. But if thinking that makes you feel better about your behavior, I get it.” 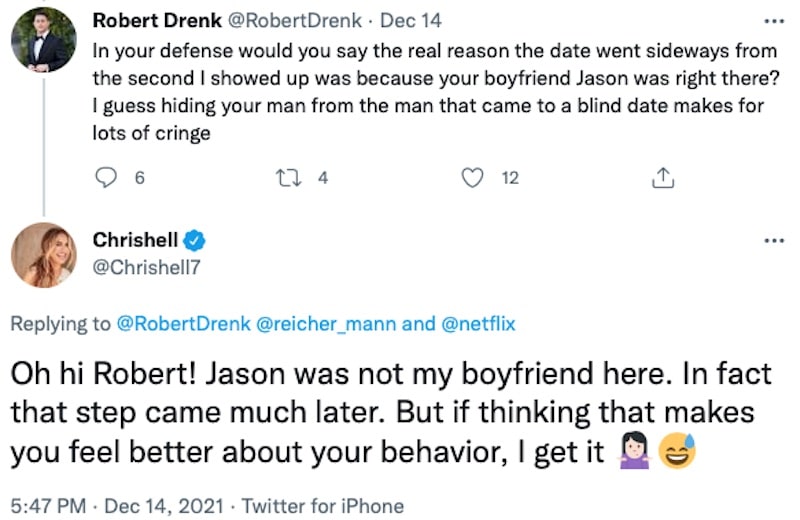 Then, in a second deleted tweet, via Us Weekly, Chrishell encouraged Robert to “take the L.”

“You never pick up a woman w/o permission & if she wants to leave, refusing to get up to let me out was ridiculous. Jason & I did hook up in Vegas that weekend actually after he had put it out there but I wasn’t sure. Thank you for showing me what I did NOT want,” she wrote.

Meanwhile, on Instagram, after Robert insisted he was “trying to be sweet but show interest as requested by the producer,” and suggested Chrishell “was interested originally then wouldn’t even give me two seconds of her time,” Chrishell demanded he stop tagging her in his post.

“I was 100 [percent] single on this boat and free to date whoever I want,” she wrote in a comment to the post. “I would have understood if you were nervous and acted differently because of that. But to be on here on Twitter defending your actions is making it worse. I originally enjoyed meeting you until I started to see things I didn’t vibe with.”

“I was single. You were rude. It wasn’t a match. Let’s all move on please,” she added.