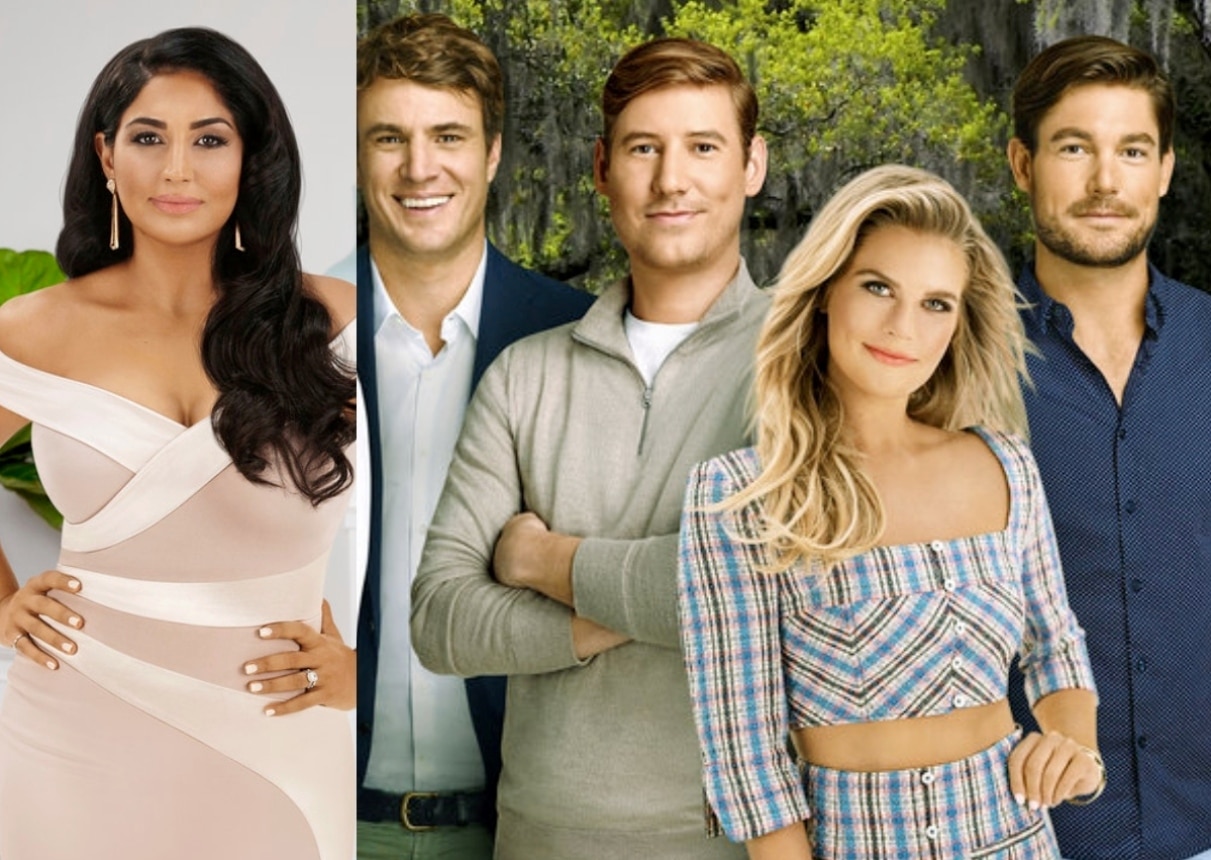 The Southern Charm cast filmed the season eight finale episode over the weekend in Charleston, South Carolina, and shortly thereafter, Leva Bonaparte unfollowed several of her castmates with no real reason as to why she did so.

But as typically happens in the world of Bravo reality, details about the drama Leva and her co-stars are entangled in have since been leaked on social media.

In a series of messages shared by the Best of Bravo on Instagram on December 20, a couple of Story posts have alleged that Leva experienced issues with both Austen Kroll and Craig Conover amid production on the upcoming episodes.

“A couple of weeks ago, Austen had a party to celebrate the release of his two new beers. It was at 1st Place, one of Leva’s restaurants. Austen and Leva got into an argument over the party. This fight continued at the finale party,” the fan page claimed.

Then, in a second post, Best of Bravo alleged, “At the finale party, Leva was getting into it with a couple of cast members and stormed out multiple times. She insulted Craig and his business and was unhappy with her seating arrangements at the party. She left with [Naomie Olindo] and Madison Simon.” 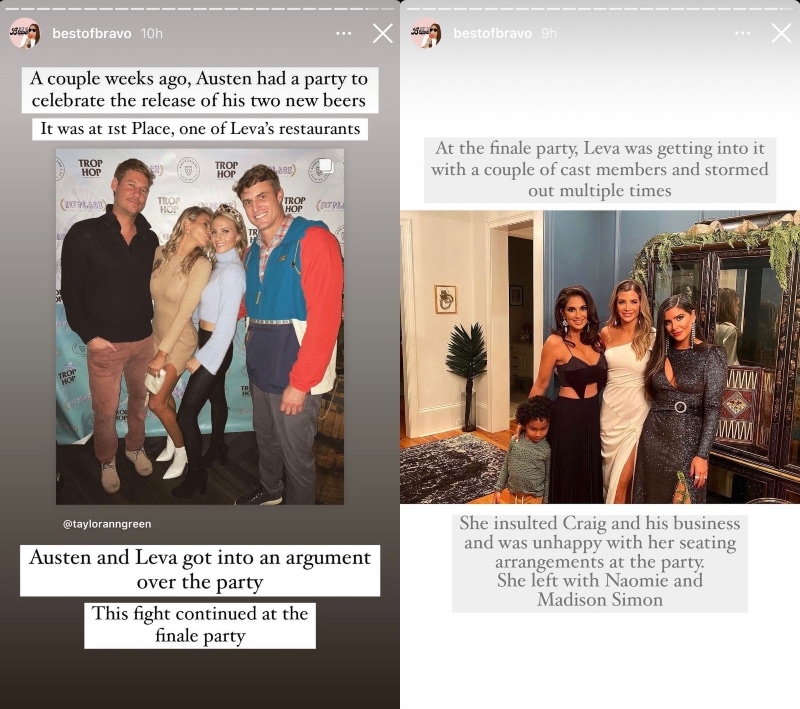 It should be noted that this is all alleged and it’s not fully known yet what actually went down.

After filming the Southern Charm finale, Leva hinted at the reason behind her feud with her co-stars in her own Instagram Story posts.

“I can’t be around people who think my accomplishments, success, and future opportunities are competition. If we can’t be happy for one another, we have nothing in common,” read a message shared to her account on Monday, which also included the word, “Bye.”

Then, hours later, Leva reposted a message from the Bravo Chat Room, who shared a similar post and said, “Honestly if we have a season of the men mansplaining and hating on Leva I hope she drags them for filth. Leva is UNTOUCHABLE. Periodt.” 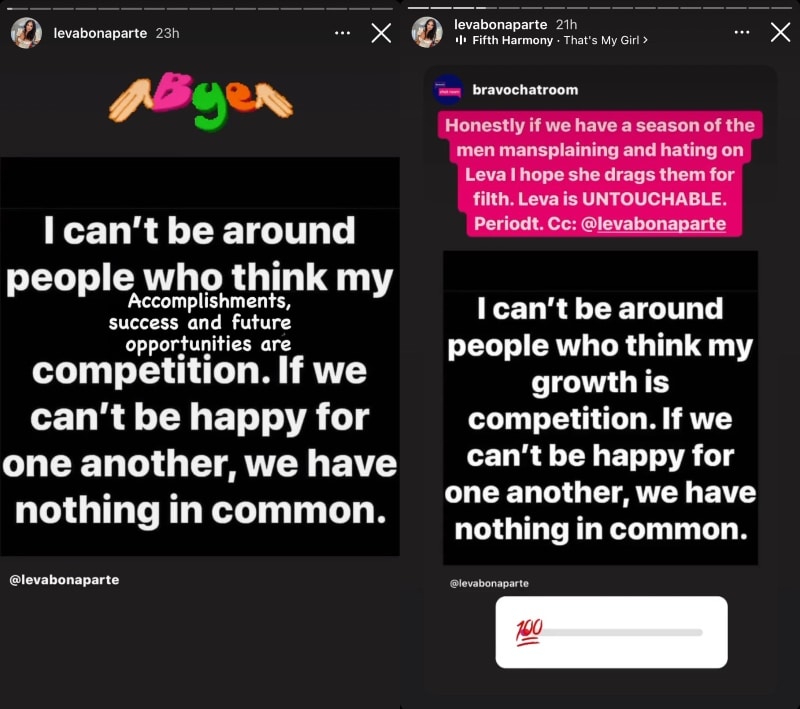 As Southern Charm fans may recall, Leva butted heads with Kathryn amid season seven after prompting her to address the racism scandal she was faced with after sending a monkey emoji to a woman she later said she didn’t know was Black. However, as Leva explained to Andy Cohen on an episode of Watch What Happens Live, she did so for the greater good.

“I knew that in order for Kathryn to not go down the route of cancel, she had to go down the route of addressing and talking about it,” Leva explained. “It really was just about, ‘Let’s not sweep this under the rug because it’s not going to work. We don’t live in that time anymore.’”

Leva also admitted that she didn’t understand Kathryn’s means of coping with hardship, saying that she is different in that she prefers to confront issues head-on.

“A lot of personality clashes happened. She was like, ‘Let it go,’ and I’m like, ‘I’m just trying to get it squared out so we can be besties,’” Leva noted.

Around the same time, Kathryn confirmed she and Leva had spoken and decided to “hug” and “move on.”