Home Vanderpump Rules Lala Kent on How Katie Informed Her of Cheating Pics, Randall’s Money Issues and Sandwich Shop Investment, and If Pump Rules Co-Stars Still Talk to Him

Lala Kent on How Katie Informed Her of Cheating Pics, Randall’s Money Issues and Sandwich Shop Investment, and If Pump Rules Co-Stars Still Talk to Him 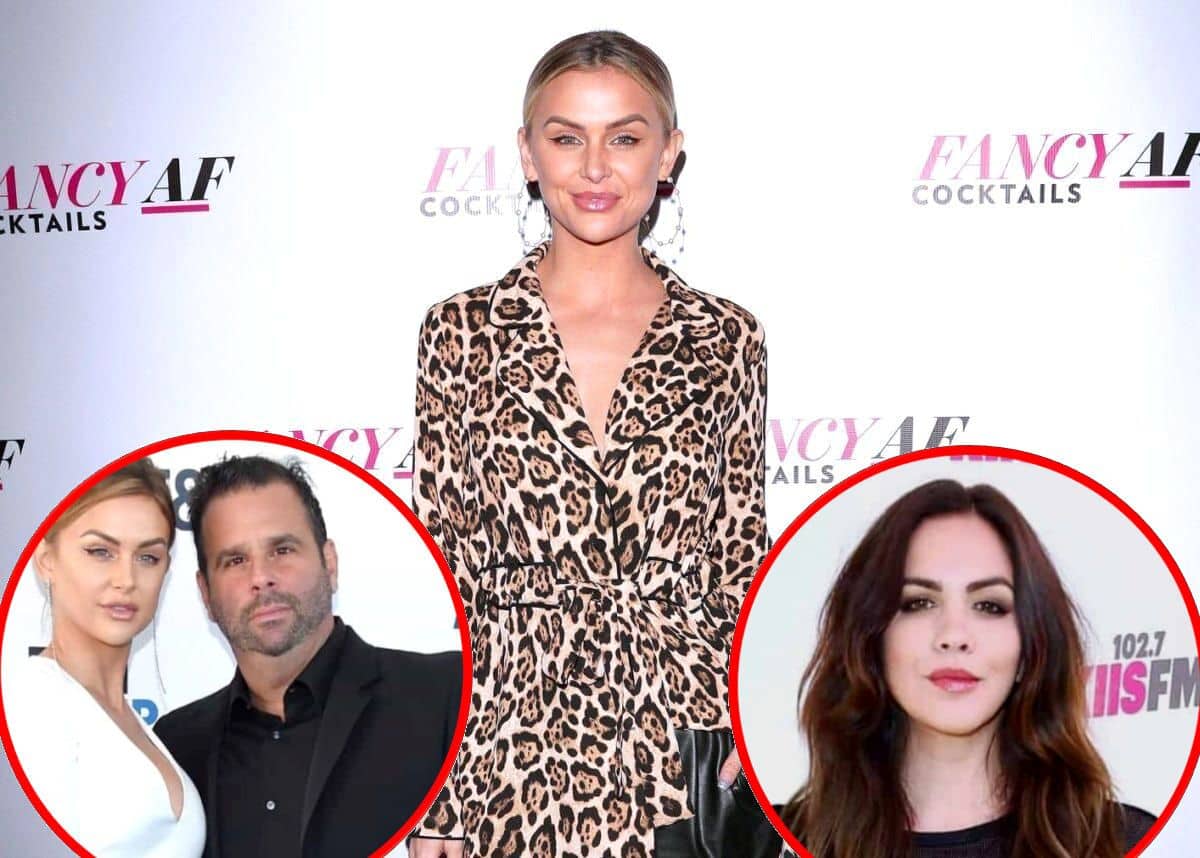 Lala Kent learned of the alleged cheating photos of her ex-fiancé, Randall Emmett, with other women in Nashville from her Vanderpump Rules co-star, Katie Maloney.

While appearing on a podcast on Thursday, Lala looked back on a call she received from Katie while celebrating her daughter Ocean‘s seven-month birthday at a sushi restaurant before opening up about Randall’s money issues and revealing if he is currently in touch with any of her castmates.

“I get a phone call and my life changed,” Lala told Heather McDonald on the January 3 episode Juicy Scoop. “She said, ‘Are you alone?’ And I said, ‘Yes. What’s going on?’ She said, ‘Is Randall in Nashville?’ I said, ‘Yeah, he is.’ She goes, ‘I need to show you some pictures.’ [And] the second I saw them, that’s when my intuition and my gut started speaking to me, like, ‘Something is wrong. This is not the person that I claim I know.’ I just, something felt very off. And that was just the beginning.”

Following the release of the photos, Lala said people reached out to her with even more information about her then-partner. However, when she confronted Randall about the pics, he did his best to defuse the situation, even going as far as to suggest they needed therapy due to her allegations against him.

“When those pictures surfaced and I called him I remember that morning, he sounded pretty f-cked up and he said, ‘I didn’t even go out last night,’” Lala recalled.

Then, after bringing up the images shared online, Randall said, “Those girls followed me.”

“Then, it comes out, ‘I met them at a penthouse party.’ Then, my mind goes back to a few days earlier, where he refused to show me his room in Alabama. He would not let me see his room when we were FaceTiming. He was in the hallway with no shirt. I was like, ‘Let me see your room.’ And he would not let me see it,” Lala continued. “And chooses, after I say, ‘This was weird, why would you let me see [your] room,’ he demands we go to therapy. ‘We need a therapy session because [you’re] freaking out for no reason.’”

During the latest episode of Pump Rules, Katie and Ariana Madix were seen sitting down with Randall and attempting to convince him to invest in their idea for a sandwich shop.

“I thought it was a great idea because I think that Katie and Ariana need something that is their baby. Their men are off creating this new bar… [And] I loved the idea,” Lala said of the ladies’ business aspirations.

But when it came to Randall’s potential investment, Lala said he was only planning to take on $25,000.

“And he was going to split that with his business partner. He had found an actual wealthy person to take on the rest,” she explained.

While fans haven’t yet seen whether or not the deal actually goes through, Lala said the “wealthy person” Randall found ended up being a friend of Katie’s, and she admitted that she had “no idea” Randall was struggling financially and reportedly facing bankruptcy at that time.

“In fact, it was towards the end of the relationship that I was like, ‘There are a lot of people are trying to collect payment,'” she explained. “It became a thing where they would start saying, ‘If I don’t get paid I’m telling Lala.’ Because I’m on it. I thought that people did work, got paid, and went about their business like normal life. I had zero clue.”

As for whether or not her Pump Rules castmates are still in touch with Randall, Lala said that she doesn’t know of anyone who still speaks to him.

“I know [Tom Schwartz] still follows him. Everyone else has kind of wiped their hands,” she revealed. “It’s just a situation where I was forced to tell people, and I hate being this person, ‘You’ve gotta pick a side.’ And even if you pick his, totally fine. But just know, I don’t f-ck with you anymore.”