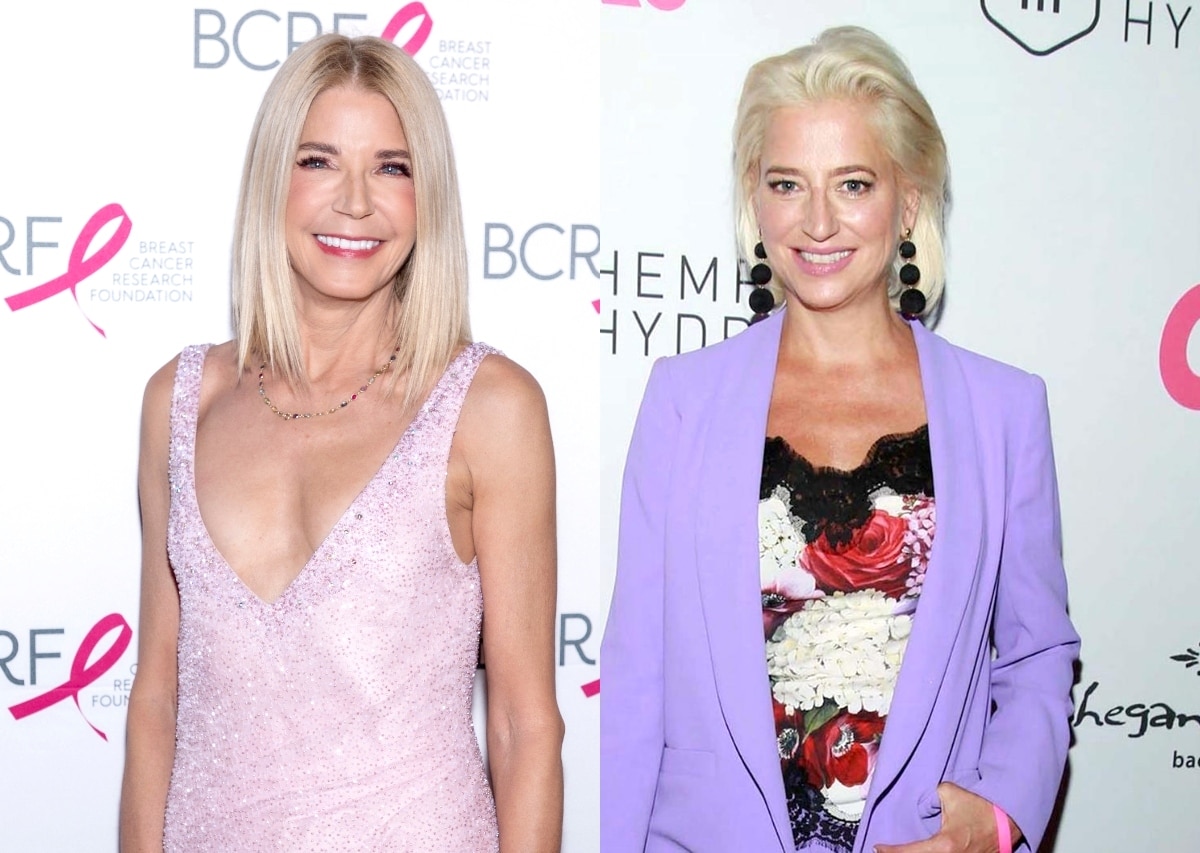 Candace Bushell is rumored to be joining The Real Housewives of New York City cast.

Amid reports of an impending cast shakeup, the author behind the book on which Sex and the City and its recent reboot And Just Like That are based has been named as a potential season 14 cast member. And according to recent comments made by Candace, who has been featured on the Bravo show numerous times over the years, her addition could make perfect sense.

On January 19, Deux Moi shared a report on Instagram in which a tipster was seen revealing some alleged new details in regard to the upcoming season.

“Confirming your RHONY casting reports. Three Housewives are coming back, two returning wives (Hiiii) will be back fresh off of their Peacock show, and [two to three] newbies. Since Sex and the City is so big right now the plan is to lean into that by finally bringing Candace Bushnell on board,” the report stated.

Because Ramona Singer and Luann de Lesseps were featured on the debut season of Peacock’s Real Housewives: Ultimate Girls Trip, it seems safe to say they are two of the three returning ladies.

As for Candace’s potential addition, she addressed her past appearances on RHONY during the January 19 episode of Behind the Velvet Rope With David Yontef, revealing that when it came to Dorinda Medley‘s infamous “not well b-tch” moment, she wasn’t the one who was on the receiving end of Dorinda’s comment.

“Everybody thinks Dorinda was yelling at me, but she wasn’t,” Candace confirmed. “I had said, ‘What happened?’ And she said, ‘This is what I said, not now b-tch.’ And then they cut it so it looked like she was saying it to me, but she was actually telling me a story about something that, about what she said to somebody else.”

Regarding her relationships with the ladies of the show, Candace said she knows Luann “well” and added that she’s known Ramona since the ’80s and Sonja Morgan since the ’90s.

“Luann lives down the street from me,” she revealed, adding that RHONY “looks like such a fun thing to do.”

Although Candace acknowledged the many adventures the women go on, she also recalled a time when she got in trouble with producers for breaking the fourth wall and likened the process of filming to school.

“There [are] tons and tons of producers,” she explained. “It’s a little bit like going to school, you know, where you got teachers and they’re going to tell you what to do. I mean, you really, you can’t do whatever you want to do. It looks fun, but that’s why I’m like, ‘Hmm. I don’t know.’ Plus I really don’t like yelling at people or conflict.”

While Candace isn’t so sure about joining the RHONY cast, she acknowledged the series as “interesting.”

“The entertainment industry is largely made by men for men. It is. I mean, the things that I don’t get are like superhero movies. I don’t care about that. I care about real people who are actually here on the planet… So the fact that, you know, women want to watch like real other women, like the nice purses and stuff. Yeah. That makes sense to me. The franchise it, actually, it, it makes sense,” she stated.

In addition to Candace, Deux Moi also named Crystal McCrary McGuire, the wife of mayoral candidate Ray McGuire who is believed to have inspired the creation of Lisa Todd Wexley, a Just Like That character played by Nicole Ari Parker, as a potential season 14 cast member.

The Real Housewives of New York City season 14 is not expected to premiere on Bravo until sometime in 2023.