Home Real Housewives of Miami News Larsa Pippen on If She Plans to Return to RHOM for Season 5, Shares Quality She Finds “Most Attractive” in Men

Larsa Pippen on If She Plans to Return to RHOM for Season 5, Shares Quality She Finds “Most Attractive” in Men 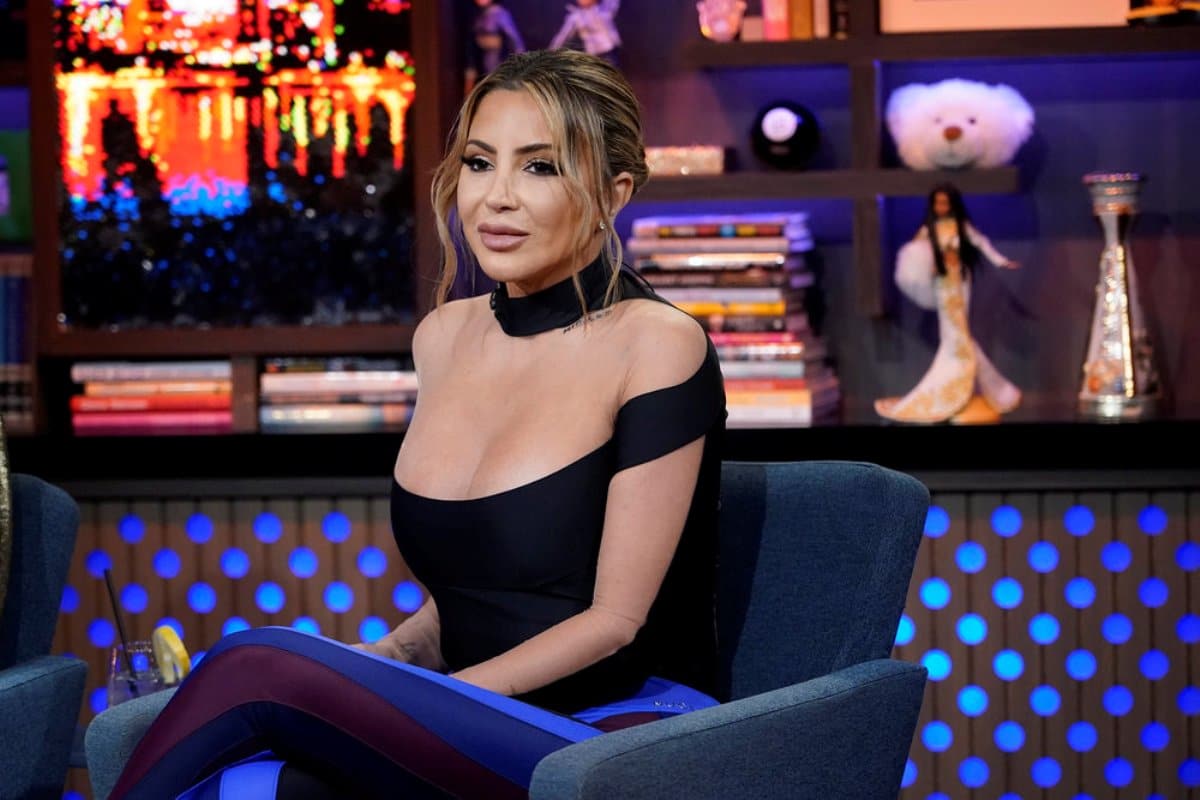 Larsa Pippen is considering her future on The Real Housewives of Miami.

With just three episodes remaining in season four, including tonight’s finale episode and the two-part reunion special set to follow, Larsa looked back at the time she spent filming the recently-aired episodes while also answering a series of questions as part of an “Ask Me Anything” chat on her Instagram Story.

“Will you do another season of Housewives? Obsessed with you [and RHOM],” a fan sent to Larsa, who has appeared on the first and fourth seasons of the show, on February 23.

“I think so! Thx babe it was super fun,” Larsa confirmed, giving a nod to her season four thoughts. 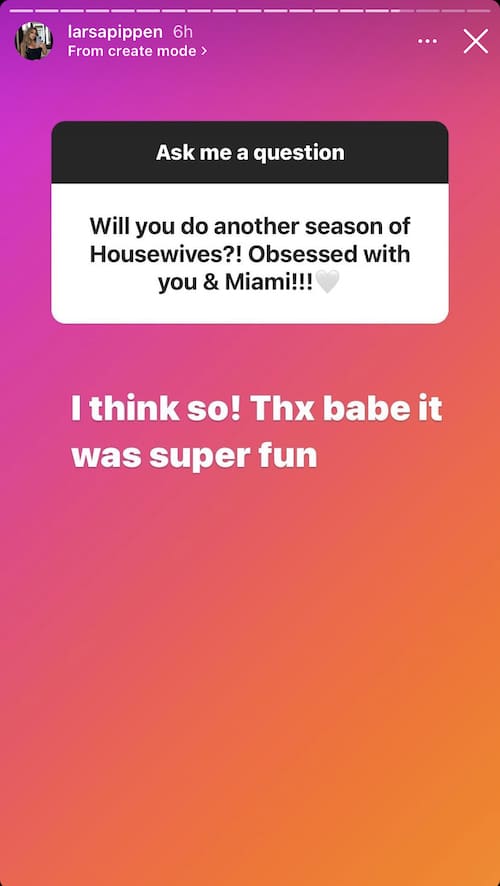 Another person asked her, “What show are you watching right now?” Larsa then admitted that the series on which she stars is her go-to choice for TV entertainment. 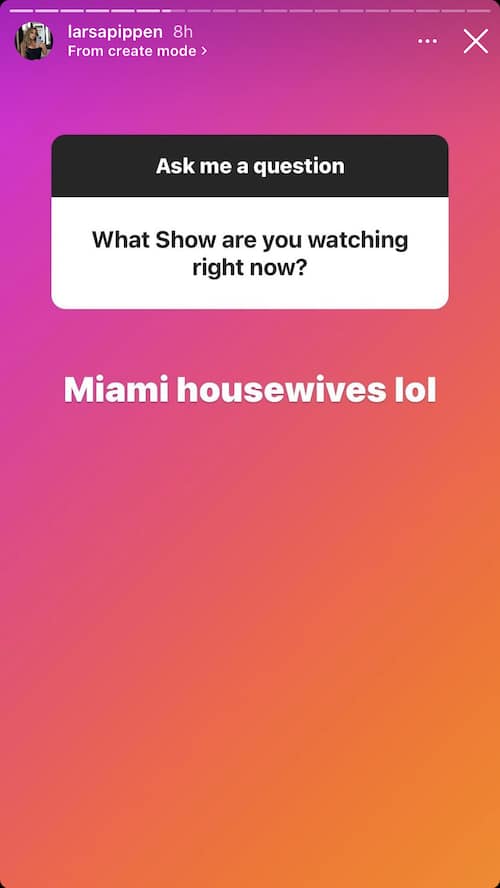 Also amid her chat with fans, Larsa responded to a couple of questions in regard to dating.

“What’s most attractive for you in a guy and would you be dating a 30-year-old?” a fan wondered. 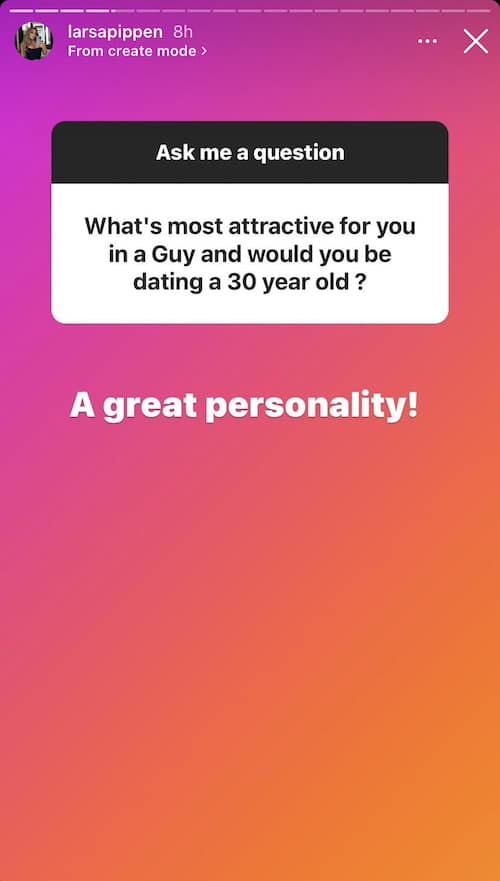 Someone else asked Larsa if she would ever agree to go out on a date with a man if he wasn’t famous.

“Would you have dinner with a handsome non famous man?” they wrote. 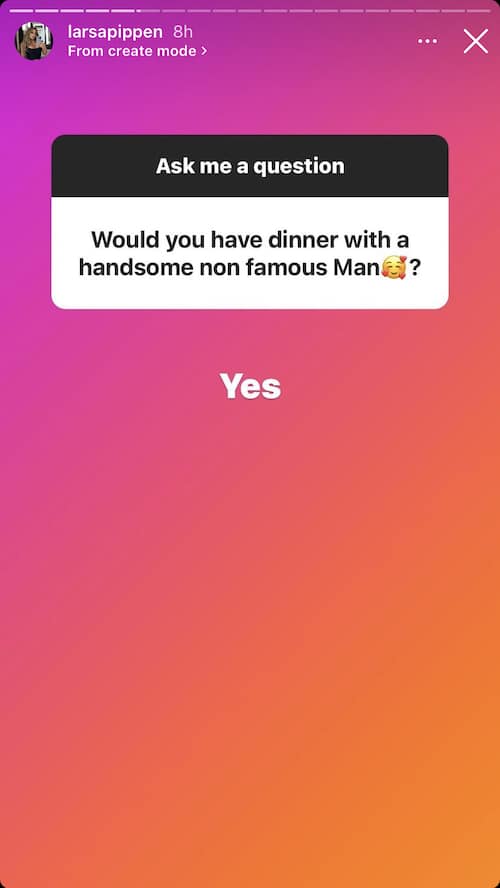 As RHOM fans witnessed, Larsa was at the end of a years-long divorce from Scottie Pippen, the father of her four children, when season four was filmed. The former couple had wed in 1997 and split in 2018.

During an interview with Entertainment Tonight at the end of last year, Larsa revealed that prior to agreeing to return to RHOM for season four, she made sure her children would be okay with the idea.

“I had a conversation with my kids because I was like, now that they’re older, like, ‘Do you guys want to be on TV? Do you guys care if I do the show?’” Larsa explained. “They basically said, ‘You can do the show. We’ll film with you,’ and they were excited to do it.”

New episodes of The Real Housewives of Miami season four are released by Peacock every Thursday.