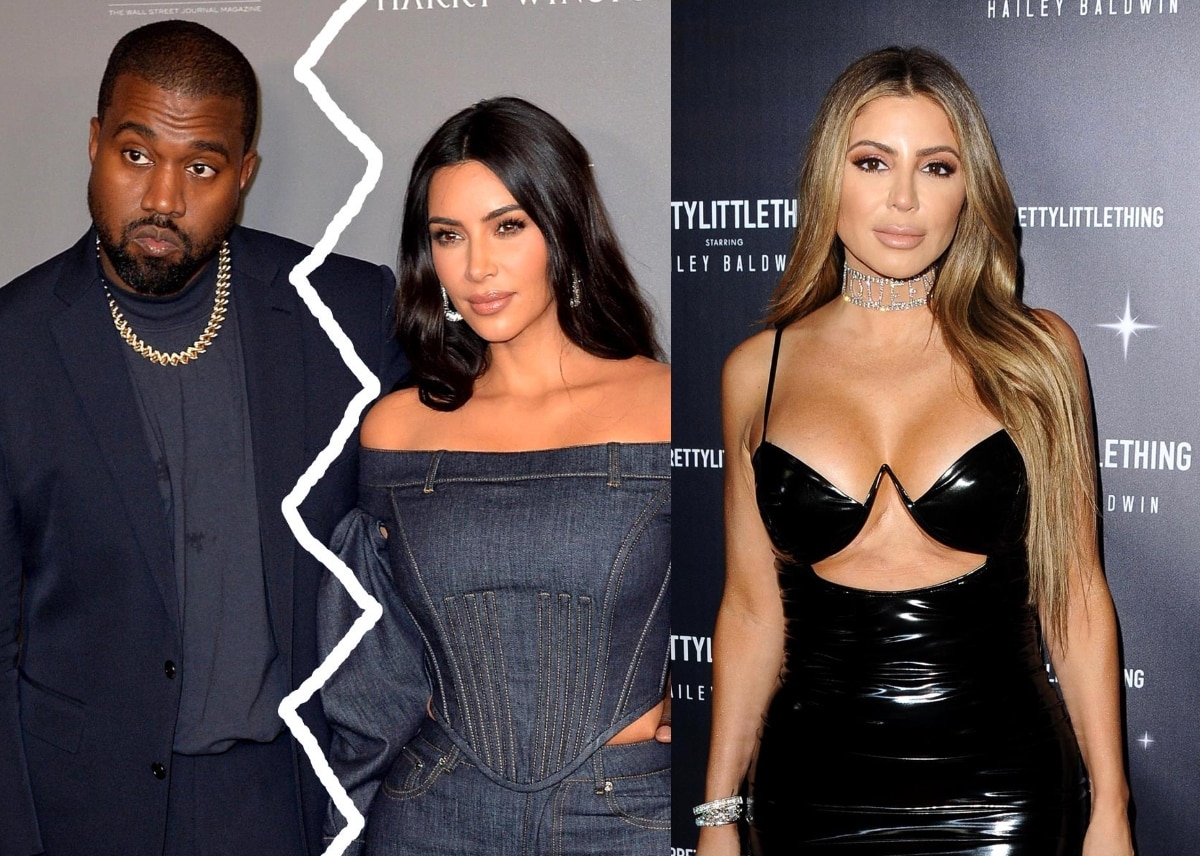 Just another day of Kanye “Ye” West adding more drama to his neverending desire to stir the pot surrounding his divorce from Kim Kardashian. In his latest move, he “liked” an Instagram picture of Kim’s ex-BFF and Real Housewives of Miami star Larsa Pippen, which was posted to In Touch Weekly’s Instagram page.

Larsa has often been accused of enhancing her looks to imitate Kim and being too close to Kim during her marriage to Kanye, which makes this “like” even more suspect. He’s also been seen out with a clear Kim look-a-like model lately.

The picture in question was a selfie Larsa took of herself in front of a mirror donning a sexy black corset and matching black see-through lace thong.

The pic was captioned, “She earned it! #LarsaPippen clapped back at rumors that the #RHOM star received a Brazilian butt lift.”

Kanye, Kim, and Larsa have had a long and sordid history. Kim and Larsa are former best friends and were close during the Wests’ marriage, and Larsa says her being caught in the middle and “knowing too much” was the catalyst for the friendship’s demise.

‘I don’t even know what happened. I was best friends with [Kim Kardashian] and I love her, and I love Kanye and I just was the person who was stuck in the middle,” she explained on an episode of RHOM.

Larsa continued, saying, “I took a beating because I was the friend that was basically there and saw everything and that basically was the demise of our relationship. I knew too much; I was a problem and so whatever. That’s kind of what happened.”

It’s also worth mentioning that Larsa has previously said that she approves of Kim and Pete’s relationship. One would think Kanye wouldn’t be caught dead creeping on Larsa, especially as she was an alleged cause of stress in his marriage to Kim.

Of course, there could be a different motive behind Kanye’s latest move: Larsa and Kim have recently somewhat made up. So maybe this is a way to get back into Kim’s good graces?

Seems like a bit of a stretch, to be honest.