PHOTOS: Katie Maloney and Tom Schwartz Reunite for Lunch Days After Split as Tom Wears Wedding Ring, Is There Hope for Reconciliation for Vanderpump Rules Couple?

Katie Maloney and Tom Schwartz may have recently announced their split. But that doesn’t mean they are completely done with their relationship.

Although Katie and Tom may be ending their marriage, the Vanderpump Rules stars proved they are remaining on good terms with one another over the weekend as they reunited for lunch and drinks on Saturday.

In photos shared by the Daily Mail on March 19, Katie and Tom were seen seated in the outdoor area of Mister O’s in Studio City while sporting sweatshirts and sweatpants. In fact, Katie was wearing the same “Very Much Alive” hoodie that Tom was spotted in days prior.

Also during their lunch date on Saturday, Katie and Tom were spotted enjoying drinks.

"Vanderpump Rules" stars Katie Maloney and Tom Schwartz were back together just days after they told the world they split, but judging from their encounter, a reconciliation doesn't seem likely. https://t.co/zhlkbFUpnD

Amid the outing, Schwartz shared a photo of his wife sitting in front of him and sipping a drink. And, in the caption of his reposted image, via Pump Rules on Instagram, Katie told her fans and followers, “It’s all good.” 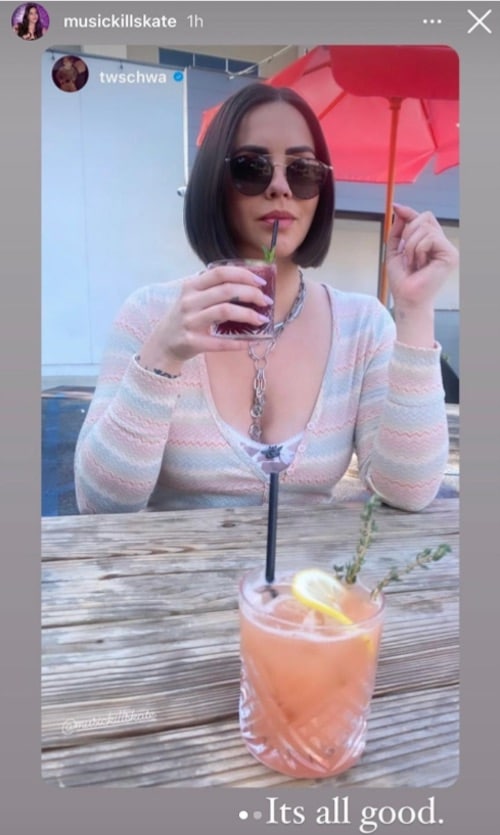 While it may be “all good” between Katie and Tom, TMZ said fans of the ex-Pump Rules couple shouldn’t take their lunch date as a sign they may reconcile. Instead, an insider told the outlet that they didn’t seem too interested in one another and spent the majority of their outing looking down at their phones.

The eyewitness also said Katie and Tom weren’t at all affectionate with one another.

Still, Tom appears to be holding out hope as he continues to be seen with his wedding band on. In one recent photo shared on Reddit, Tom was seen wearing the ring as he took a mirror selfie of a new outfit from Guess. 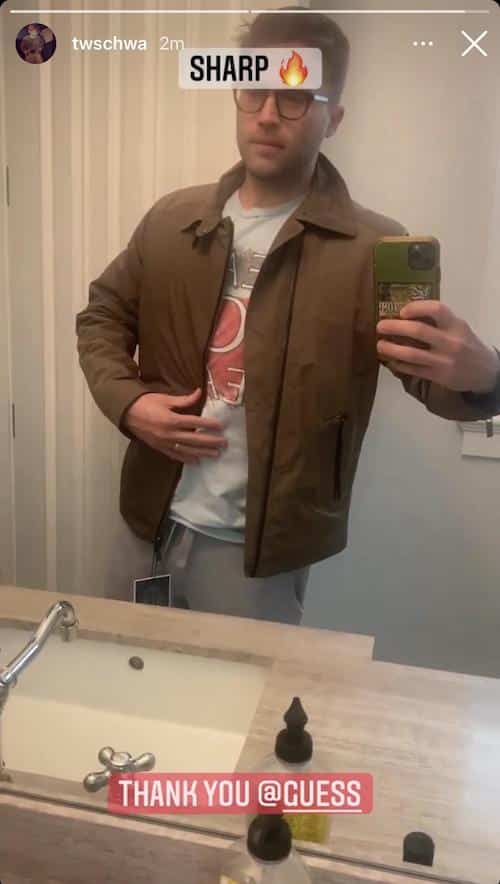 Last Tuesday, after weeks of rumors, Katie and Tom shared statements on Instagram about their breakup.

“After 12 years on an adventure through life together Tom and I are ending our marriage. This ending is not met with resentment or animosity, no sides to choose. We have deep admiration for one another that will always remain and we cherish our friendship,” said Katie.

Meanwhile, Tom confirmed it was Katie who made the decision.

“Katie [and] I are separating. I’m not quite ready to use the ‘D’ word [because] it’s too painful. Yes my heart aches but I’ll be ok. Not looking to evoke any sympathy here. I’m not the victim. Not gonna write too sad a song. Fully respect Katie’s decision and we’ve had healthy, productive conversations about it. It would be far sadder if she decided to stay with me whilst not happy,” he shared.

Bravo has not yet made an official announcement regarding the renewal of Vanderpump Rules.