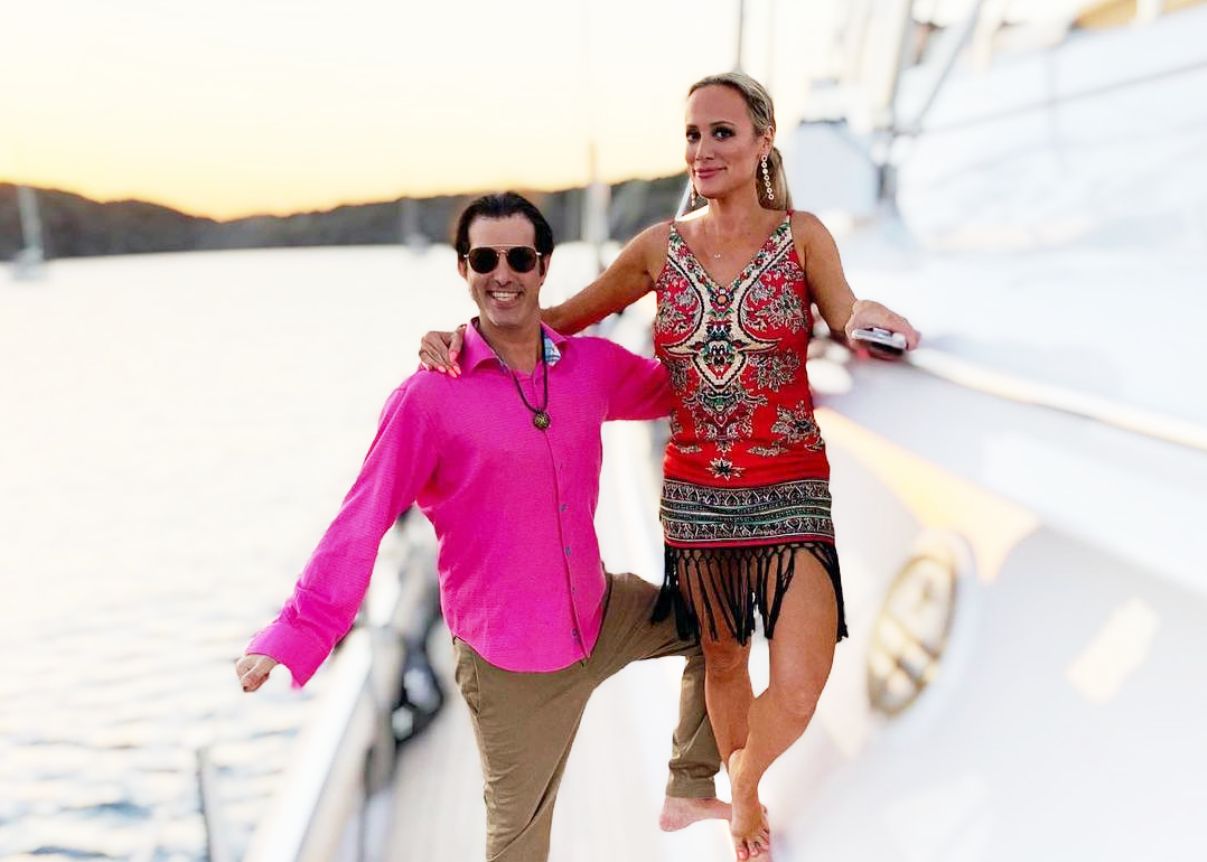 It looks like the neverending saga between Below Deck Sailing Yacht charter guests Erica Rose and Charles Sanders and the ship’s crew may be reaching an end as Erica and Charles reach out to apologize for their terrible behavior while onboard the Parsifal III.

The Sanders’ charter has become one of the most infamous yet. Coming off the heels of Charles’ claims that he was “acting” on the show, calling his own behavior “disgusting,” making misogynistic comments about chief stew Daisy Kelliher, and the latest low-tip drama, Erica Rose had taken to Twitter to issue an apology.

“I just wanted to say I’m sorry for those I offended on @BelowDeckSailng I have been reflecting and digging deep. I want to be the best me possible for my daughters,” Erica wrote in her post.

The couple then shared a TikTok video apologizing(?) for their behavior by lip-syncing to an Akon song titled, “Blame it on Me.”

The last lyric still seemed like it was aimed at shading the crew, with the lyrics going, “and things they won’t take accountability for,” along with Erica’s blatant blasé body language.

Erica then reposted the video to Instagram with a caption thanking their followers, who they call the #rosefam, saying, “Real talk you guys don’t know the half of it, but we LOVE you and thank you, for being & staying a part of the #rosefam.”

This new attitude Erica is giving us is a far cry from the attitude she was just recently touting, telling haters to “kiss her a**.”

As far as the insulting tip discrepancy goes, there is still some confusion between the Sanders and fellow guests Janelle and Rhett Flatt, who recently clapped back that they gave tip money to Erica. Fans are calling them the “real MVPs” of the charter.

However, Erica herself has confirmed that she does show favoritism and likes to tip those she deems worthy more.

Though this is Erica’s last trip with the Parsifal III and the crew, she says she hasn’t ruled out other franchises, including Below Deck and Below Deck Mediterranean.