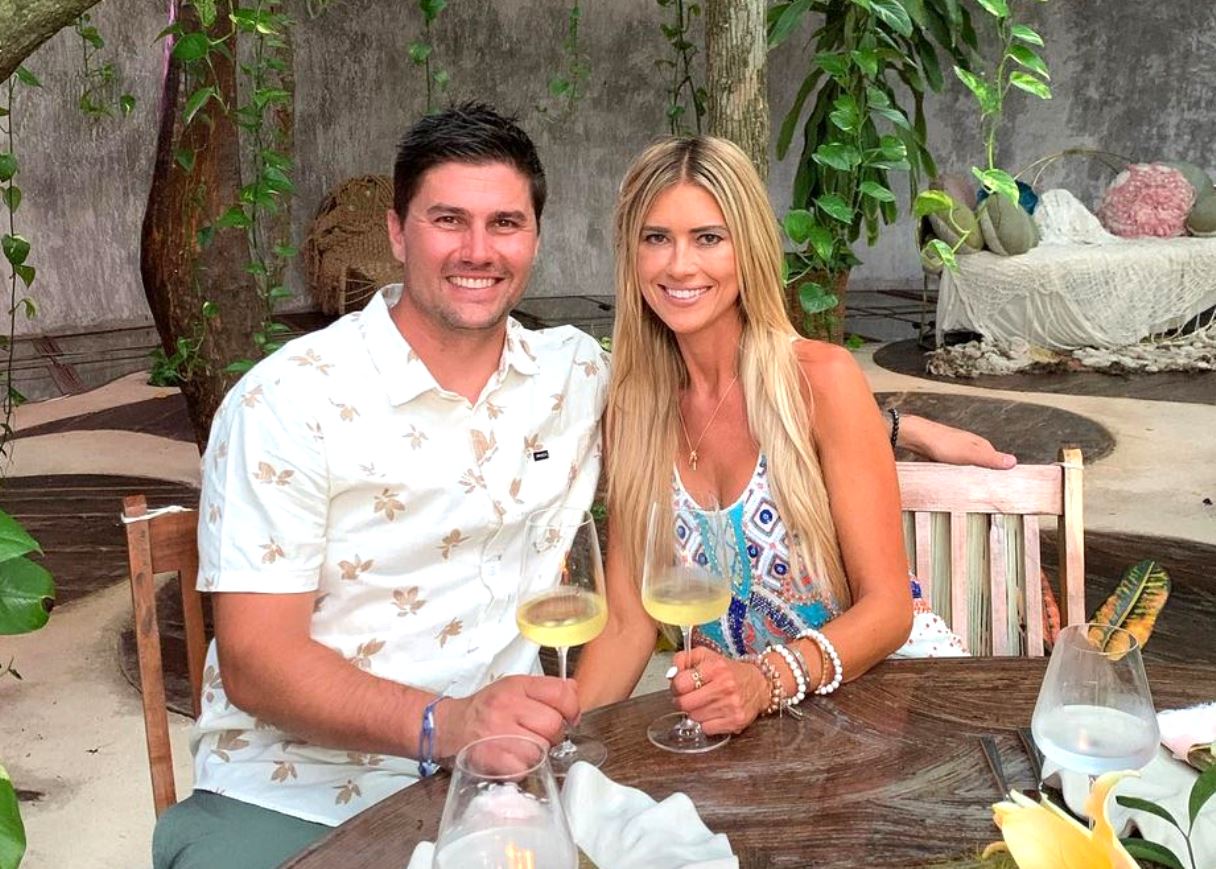 Following the news that her and her ex-husband Tarek El Moussa‘s long-running HGTV series, Flip or Flop, is coming to an end after 10 seasons (and reports of an on-set fight), Christina has changed her last name, now going by the name Christina Hall, and she privately married the realtor.

On April 5, E! News confirmed that Christina’s real estate license reflects her married name. And on her Instagram page, Christina has changed her name to “Christina Hall” and added an infinity emoji and a key emoji beside her husband’s name.

Christina and Josh began dating in March 2021 and were spotted together for the first time in July 2021 at an airport in Los Angeles. Days after the sighting, Christina made her new romance official by sharing a photo of the two of them on Instagram.

Also on Instagram last year, Christina gushed over her then-boyfriend in a birthday tribute shared in September.

“Happy birthday baby. You give me that teenage kinda love vibe and manly protection. It’s a combo for a lifetime of happiness + success. Thank you for reminding me what life and love are like when you put down the technology. I love you Josh,” she wrote at the time.

Then, the very next day, and just one year after she shared the news of the end of her marriage to second husband Ant Anstead, who has since moved on with actress Renée Zellweger, Christina confirmed she and Josh were engaged.

“Ant and I have made the difficult decision to separate. We are grateful for each other and as always, our children will remain our priority. We appreciate your support and ask for privacy for us and our family as we navigate the future,” Christina explained as her marriage to Ant, the father of her two-year-old son Hudson, came to a close.