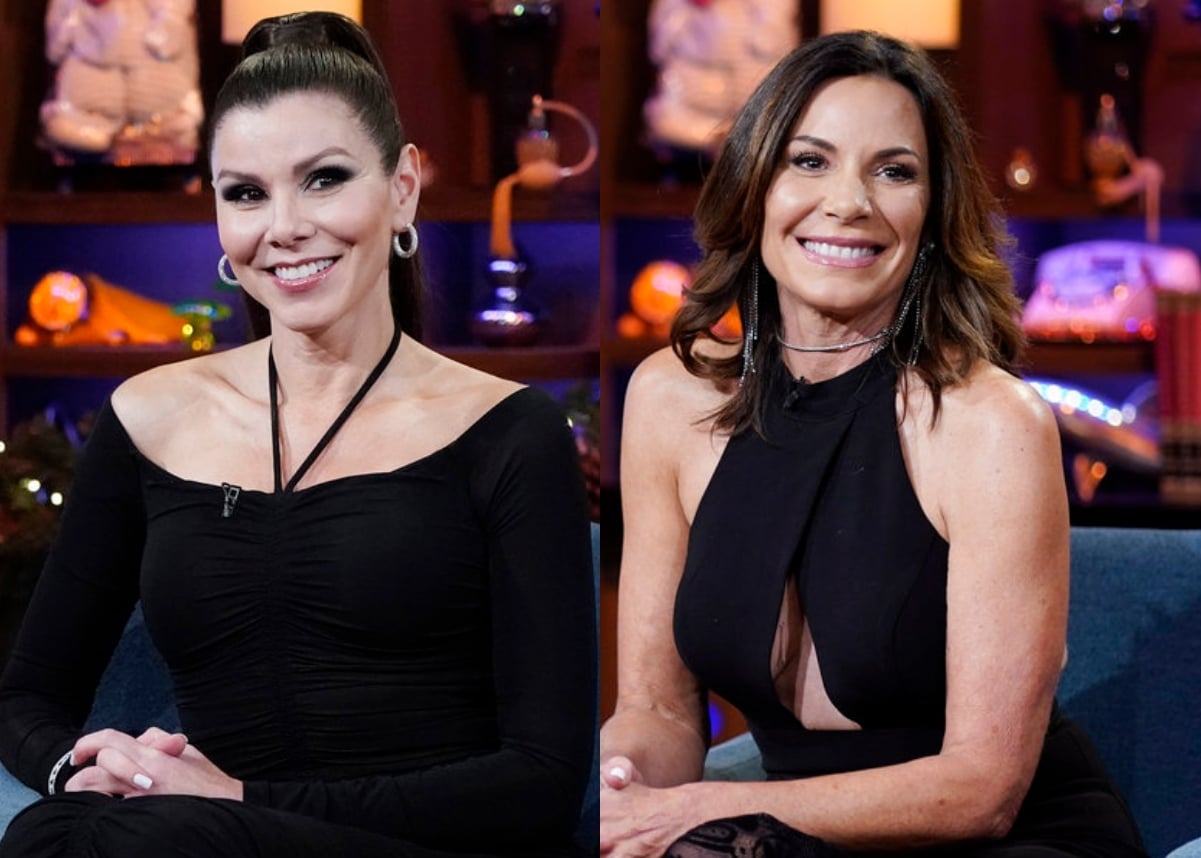 Heather Dubrow recounted an unexpected experience she once had with Real Housewives of New York City alum Luann de Lesseps while appearing on Wednesday night’s episode of Watch What Happens Live.

After being asked if she’s had any negative run-ins with other Real Housewives, Heather, who returned for season 16 of The Real Housewives of Orange County after a four-season hiatus, looked back on an encounter with Luann before sharing a past purchase she made that was extremely frivolous.

“Luann was not very nice,” Heather told host Andy Cohen on the April 13 episode of WWHL. “[She] just was cold to me, which I thought was so weird because I thought we were going to really hit it off.”

When Andy then asked Heather to name something frivolous she spent a lot of money on, the 53-year-old actress, whose plastic surgeon husband, Terry Dubrow, was laughing in the front row, named a Chanel bag — but not a typical bag.

Andy also wanted to know what Heather thought about the plastic surgeries of her fellow Bravolebrities. However, rather than throw anyone under the bus, Heather suggested she’s immune to the vision of physical altercations because she’s seen so much.

Heather then teased a moment from the upcoming RHOC season 16 reunion.

“I weirdly don’t see plastic surgery and you know someone revealed something at the reunion and I had no idea,” she revealed.

Also on WWHL, Heather was asked how Shannon Beador has changed since they first began starring alongside one another on RHOC season nine in 2014, at which time Shannon was married to her ex-husband, David Beador, who engaged in a months-long affair that ultimately led to the end of their relationship.

“She’s very happy now,” Heather explained of how she’s changed for the better.

As for how Shannon, who has been dating boyfriend John Janssen since July 2019, has changed for the worse, Heather opted out and instead took a sip of her champagne.