RHOC’s Noella Bergener Announces Playland After Boyfriend Bobby Gifts Her Company, Slams Cast for Gang Up at Reunion, and Reacts to Emily’s ‘Interrupting and Yelling’ 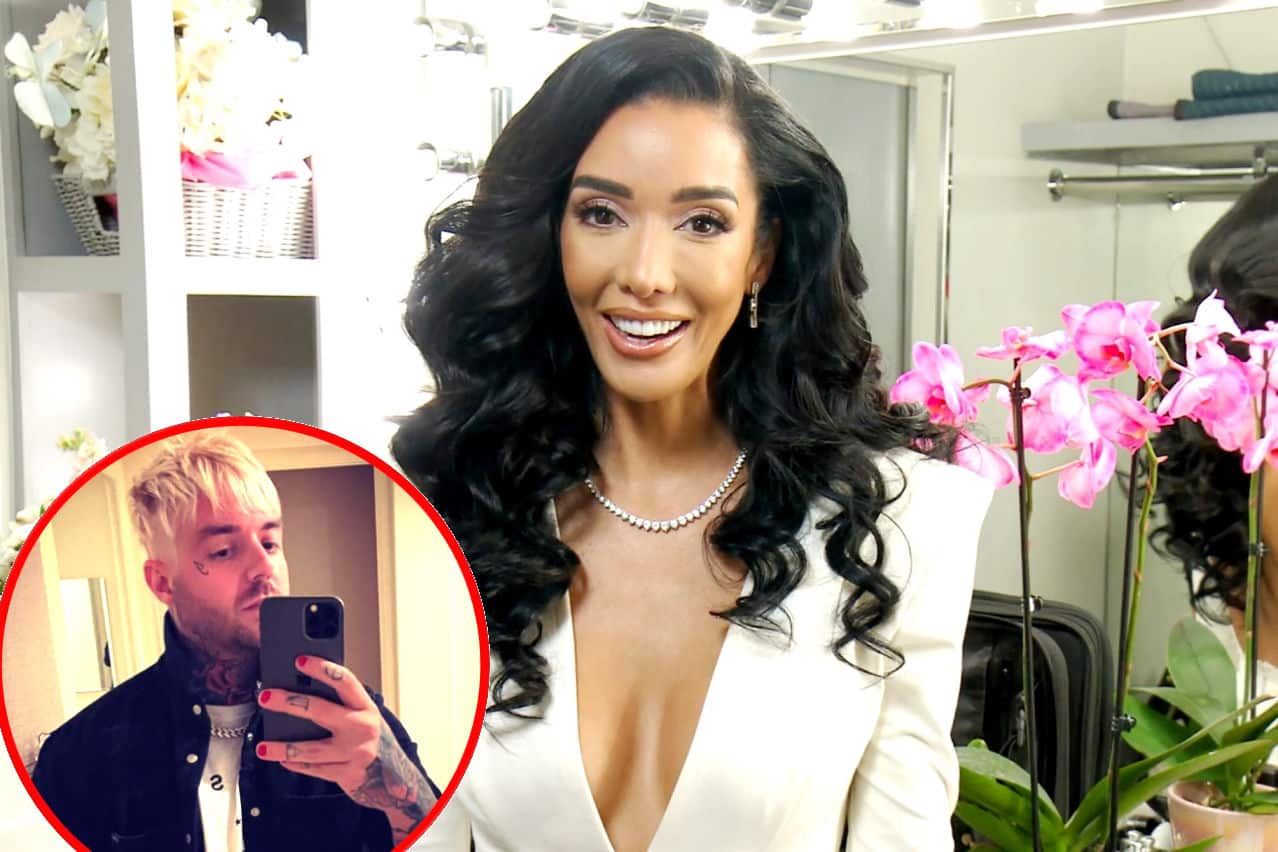 Noella Bergener announced the launch of her new company, Playland, on Instagram last night after revealing on part one of the two-part Real Housewives of Orange County that her boyfriend, Bobby Schubenski, had bought her an adult toy marketplace company last Christmas just weeks into their relationship.

Before shading her castmates’ reunion behavior in response to a fan who pointed out that they had ganged up on her, Noella told her fans and followers all about her “third child,” Playland.

“Tonight you get to hear about my third child, Playland. An ALL inclusive, sex positive, shame free space to explore and celebrate your sexuality. Even when you saw me at my darkest times please know that most nights I went to sleep with a smile. Orgasms. More powerful than Paxil!! I selected every product and with the most competitive pricing. Please take a look at ShopPlayland.com,” Noella wrote on April 20.

“I hope you love Playland as much as I do. Now, Come Play with Us!” she added, along with hashtags for “lady boss,” “vibrators,” and more. 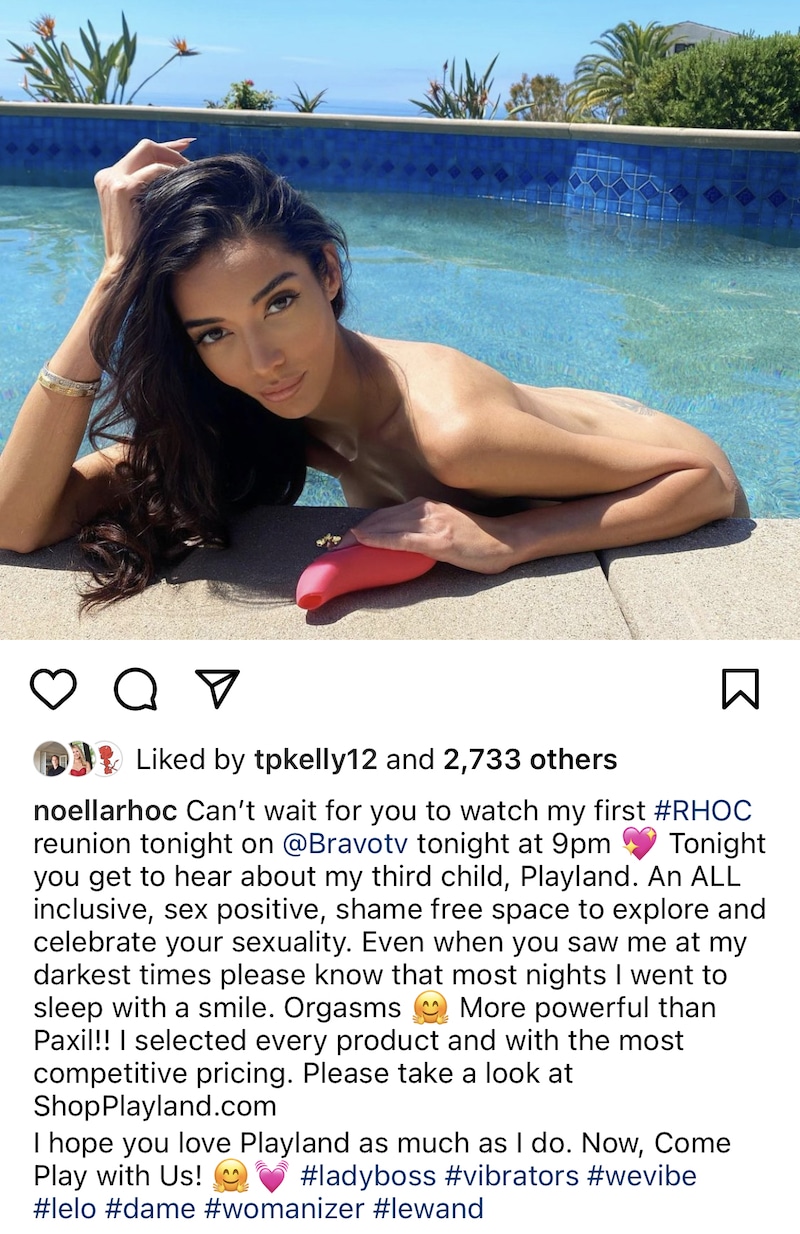 Following the announcement, Noella responded to a couple of fans who had things to say about Wednesday night’s reunion episode.

“I don’t like the bullying/ganging up vibes towards you!!!” one person wrote.

“Me neither. It was pretty disgusting stuff. But stronger for it,” Noella replied, giving a nod to her contentious feud with Heather Dubrow, who Emily Simpson, Gina Kirschenheiter, and Dr. Jen Armstrong have backed up. 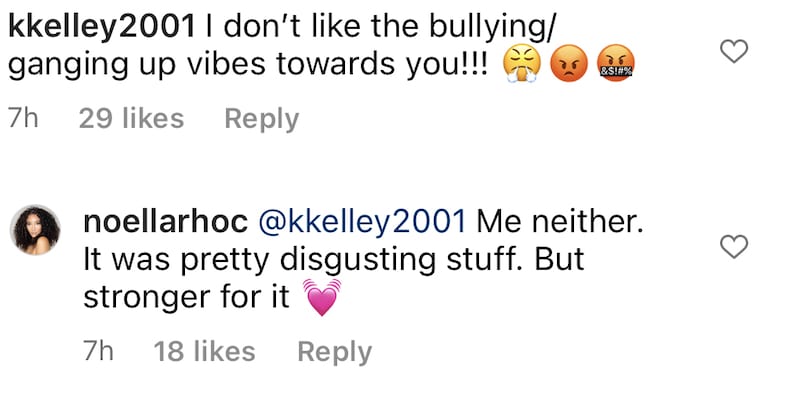 Then, a second person asked, “Was that a reunion or just Emily interrupting and yelling?” Noella then revealed her statement was hashtag “facts.”

Also on social media, Noella reshared a post from a fan, who described her as a “superstar shining” while shading RHOC, saying the reality series’ 16th season was “so blah.”

“This season was so blah and you are a bright light!” the Instagram user proclaimed, applauding Noella for bringing “bi visibility” to the show. 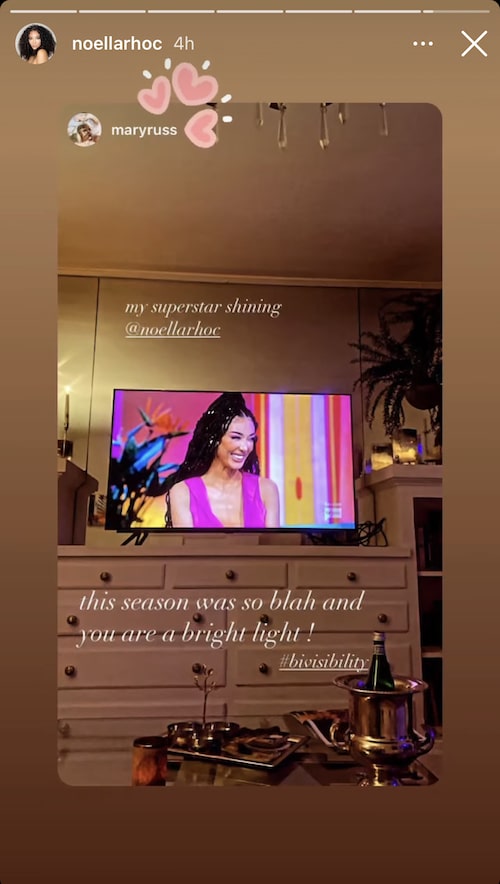 The second and final installment of the Real Housewives of Orange County season 16 reunion airs next Wednesday, April 27, at 9/8c on Bravo.