Home Real Housewives of Orange County News Heather Dubrow Reacts to Being Called “Villain” of RHOC, Explains Why She’s Not Following Cast, Plus Shades Noella’s Supposedly Steamy Sex Life and Where She Stands With Alexis

Heather Dubrow Reacts to Being Called “Villain” of RHOC, Explains Why She’s Not Following Cast, Plus Shades Noella’s Supposedly Steamy Sex Life and Where She Stands With Alexis 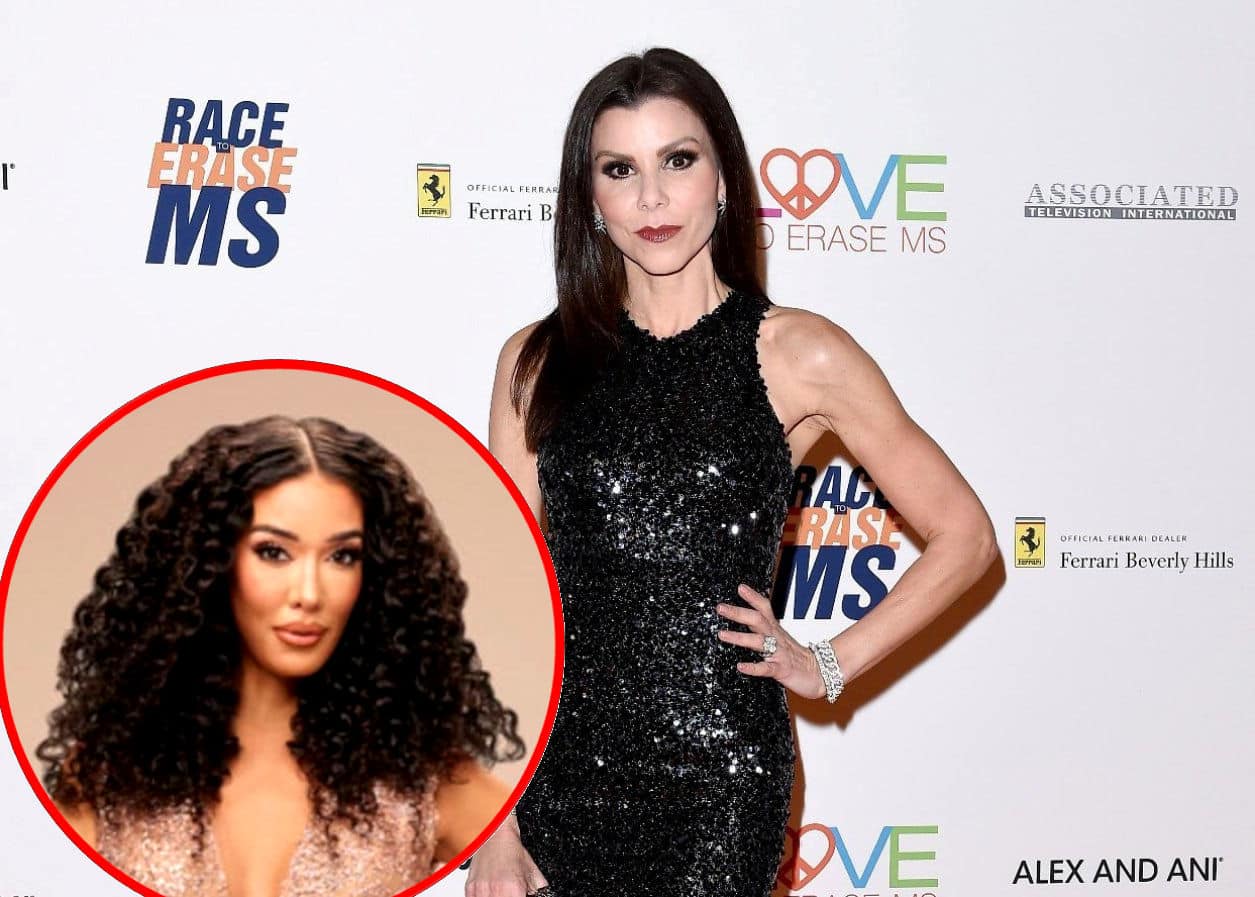 Was Heather Dubrow playing a villain on the 16th season of The Real Housewives of Orange County? She sure hinted at such on Wednesday’s episode of Watch What Happens Live.

Before taking aim at Noella Bergener for creating her own narrative on the show and suggesting that her castmate’s sex life isn’t nearly as exciting as she leads on, Heather responded to a recent article from Buzzfeed in which it was noted that a “great new villain” had taken center stage.

“I love playing a villain,” Heather admitted after Andy Cohen brought the article to her attention on WWHL on April 13.

Andy also mentioned the idea that Heather had recently unfollowed all of her RHOC co-stars. However, as Heather explained, she never refollowed them after cutting ties following her exit from the show years ago.

“When I left the show the last time I unfollowed everyone. And so when I rejoined the cast I never followed anyone for this exact reason. Because I thought it was so weird people notice this stuff,” she shared.

Moving on to Noella, Heather said that it seemed as if she was creating much of their show drama in her head.

“Noella just seems to have her own narrative. She’s sort of on her own show. And lots of things happened apparently that I’m not aware of but it does all come up at the reunion,” Heather noted, confirming she has no regrets about her controversial comment about the “karma” Noella was experiencing with her divorce and other heartaches.

During another segment of the show, while answering questions about Noella, Heather admitted her co-star “puts her looks together really well” but suspected her sex life isn’t as it seems.

“I feel like when you talk about something that much, it’s probably not that much,” she shared.

She was also asked what makes Noella a good mom. And after spending some time trying to come up with something, Heather said, “That she’s um… their mother.”

Although tensions seemed to be high between Dr. Jen Armstrong and husband Ryne Holliday on the latest episode of RHOC, Heather said she didn’t notice and pointed out that they were going through a “process” amid production.

“I like Jen a lot. I think they’re a really nice couple. It’s not easy for everyone to put their lives in front of cameras. It’s very very stressful in the best of circumstances so I totally get it,” she said.

Heather later reacted to a question about her previous criticism of Alexis Bellino, who she felt was flaunting her wealth on the show, and she denied her own comments about material things were hypocritical.

“No… I think that you are seeing private moments where Terry and I are talking about things that are obviously on television but they are our private moments,” she explained. “Or if we’re touring a lot of whatever it is, it’s part of my actual life. It’s not me sitting around a table and going, ‘Guess what I bought today?’”

Heather then confirmed that despite their history, she and Alexis are in a good place today.

“Alexis and I are really, really good and she and I have become friends. So I just want to say we’re all good,” she revealed.