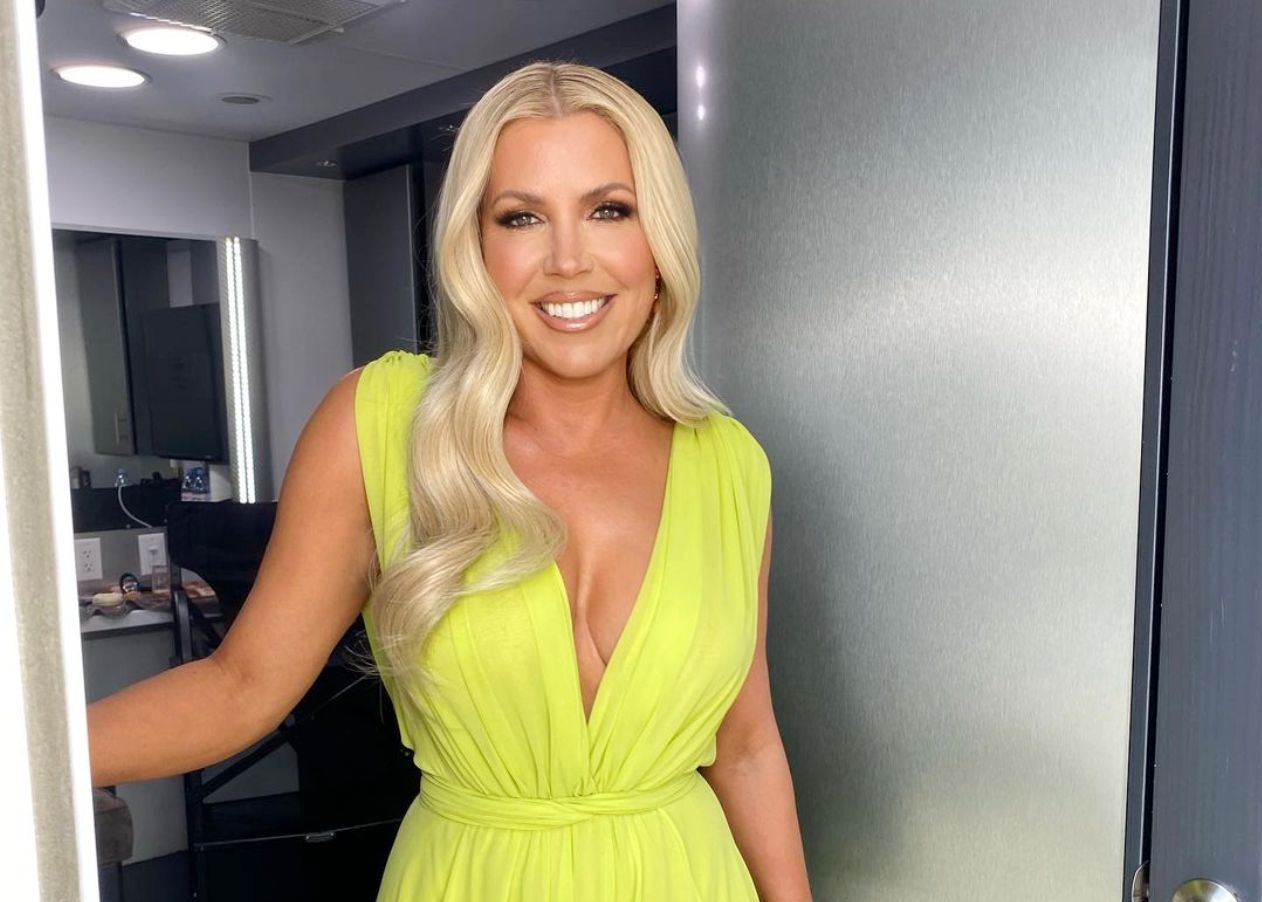 Dr. Jen Armstrong and her husband, Ryne Holliday, went through tough times after joining the cast of The Real Housewives of Orange County for season 16. Luckily, after completing filming on the season, they found themselves in a better place.

During a recent appearance on Instagram, Jen opened up about her marriage, shared what she’s found to be the “hardest part” of being a part of a reality show, and revealed what she did to prepare for the recently filmed reunion special.

“Our relationship wasn’t very good beforehand so I think that [the show] just heated [things] up… You know you’re going to go in front of this microscope,” Jen stated on the April 3 episode of S’More Live on Instagram.

According to Jen, she and Ryne struggled immensely during filming, mainly due to the fact that he seemed completely uninterested in having the conversations she felt they needed to have.

“He’s like, ‘Well I didn’t want to talk about feelings on camera.’ I’m like, ‘Then why did you walk out? You know that’s the storyline now. If you don’t want to be on camera, why don’t you just tell me you love me every day and then they’ll probably just cut you because it’s boring,” Jen recalled, giving a nod to one particular moment in which Ryne left home amid a dispute.

“Unfortunately that was an actual real clip of how things had been between us, especially for the last couple of years. And so if anything, it just made us say, ‘We have to separate or solve it.’ So we’re in therapy,” Jen continued. “We’re in solving phase right now and it’s getting better. At our core, we both want to be together. We both see the good in each other. We just need some tools to get past this.”

Despite the exposure of her marriage issues, Jen said that being a part of RHOC was far more positive than she expected it to be. That said, she did face one particular circumstance that was hard to swallow.

“This ex-employee who I had to let go mid-show [started] some pretty horrible rumors online and that’s been hard for me because, just people saying things that aren’t true about you is hard. So that’s probably been the hardest part. But it’s been way more positive than I thought it was going to be,” she stated.

After Jen was then asked if she hired anyone to help her sort through the drama of the RHOC reunion, Jen noted that while she didn’t hire anyone, she did do her best to prepare for the “intense” taping.

“I did have a close friend of mine who is a therapist… She wrote a report for me,” Jen revealed. “She wrote a personality report on every person. I was like, ‘Oh, that’s helpful.’ [And] I had a friend of mine run through questions they might ask me to get used to the answers.”

Also during the appearance, Jen explained how she was chosen to appear on RHOC season 16.

“I treat a lot of women in Orange County so I think I was probably recommended by some of my patients,” Jen shared.

She then said that she “really wanted to be on the show” and reached out to the casting director herself.

“I reached out… and I actually tried out last year,” she confirmed.

Although Jen really wanted to be featured, she said Ryne was “very hesitant” and “didn’t want to do it” after they were approached about season 15.

“It didn’t work out last year. [But] they approached me again this year and they said, ‘If you want to do it, if Ryne’s on board, we’d love to have you.’ And so it was really smooth this year. I was really appreciative because I really wanted it,” Jen confessed.