Home Real Housewives of New Jersey News Margaret Josephs on Why She Feels “Worse” Watching Teresa Fight and Body-Shaming on RHONJ, Says No More “Passes” for Her “Disturbing” Behavior

Margaret Josephs on Why She Feels “Worse” Watching Teresa Fight and Body-Shaming on RHONJ, Says No More “Passes” for Her “Disturbing” Behavior 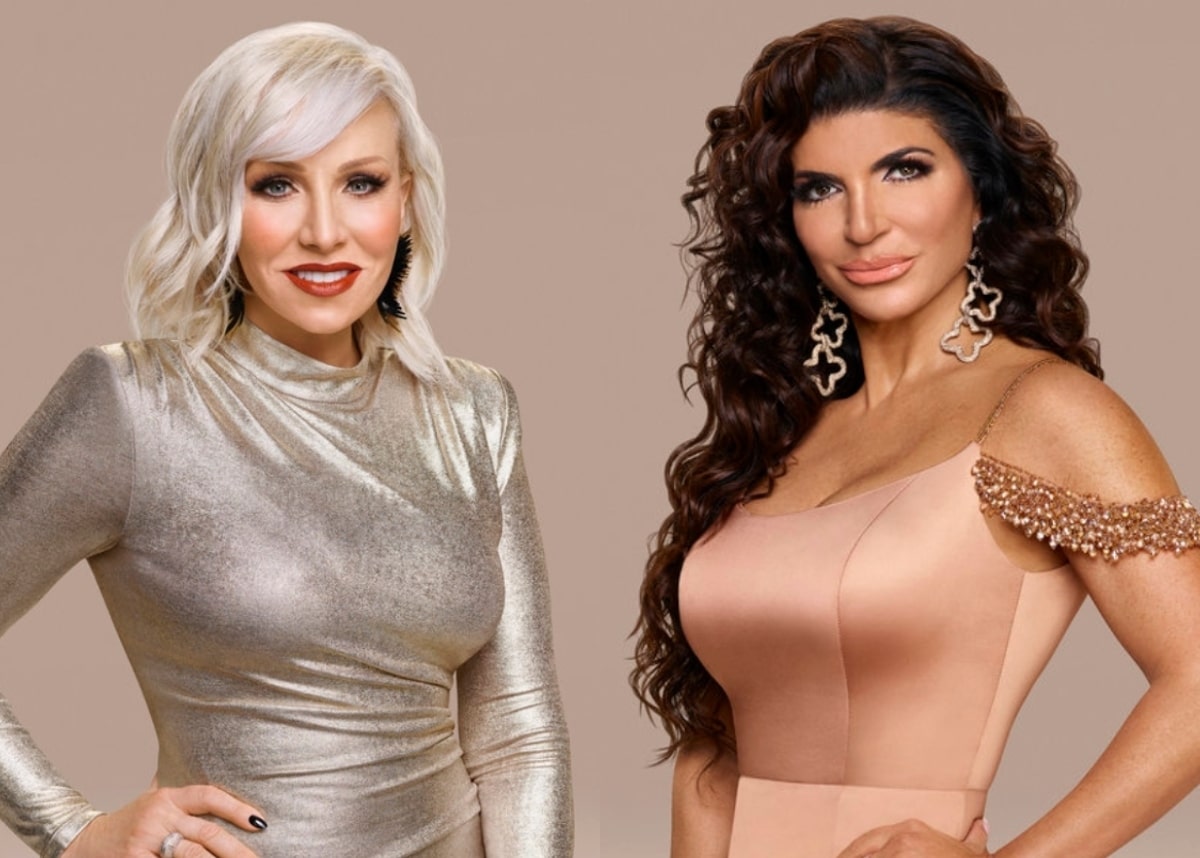 Real Housewives of New Jersey star Margaret Josephs is getting real about how Teresa Giudice’s “degrading” behavior toward her this season has had an emotional effect on her.

It should come as no surprise to any viewer that Teresa has been coming for Margaret all season long for questioning her relationship with fiancé Luis Ruelas, leading Teresa to fall to an ugly all-time low (even for her) of bashing and ridiculing production and co-stars alike.

Speaking to US Weekly, Margaret opened up about how her former friend’s words and actions affected her.

“I actually feel worse than when I lived it because I didn’t know what she was saying off camera [or] what she was saying downstairs,” Margaret told the outlet. “To hear her say that she’s coming to beat me up, I mean, she’s pushing 50, saying she’s gonna come beat me up? You know, that’s upsetting, obviously, it’s more upsetting to watch it back.”

Margaret also went on to elaborate on how she and Teresa made a pact to never get physical with one another after Teresa encouraged last season’s ponytail pull, which was orchestrated by Teresa and Danielle Staub. Obviously, that pact didn’t last with Marge calling the Nashville altercation and Teresa’s physical threats “disappointing” and “disturbing.”

“That was disappointing, it’s just like, you know, threatening physical violence [isn’t right],” she stated. “I mean, this isn’t Mob Wives. I mean, cut me a break. … I was calm. I was never going to do something back.”

Finally, Margaret is done giving Teresa “passes” and making excuses for her “sick” behavior, notably after consistently body-shaming her this season.

“I’ve given her a lot of passes. I’ve given her one too many passes. … I just [filmed] the reunion and she doesn’t have any remorse. I could laugh about it, but you know, like, she’s not one to really have a lot of remorse,” the RHONJ star said.

Margaret added that Teresa offered her a “lame apology,” calling it a “sick situation,” especially when taking into account co-star Jackie Goldschneider’s ongoing battle with an eating disorder.

“Thank God I’m tough [and] strong, but if it was anybody else and any young woman, you know, that could really cut somebody and on a season when we’re talking about eating disorders … I don’t know where your head is that you think that’s acceptable. It’s never acceptable to body-shame anybody. We’re in an era of body positivity.”

This season has definitely seen its fair share of horrible behavior, and according to Dolores Catania, the ladies don’t fare any better at the reunion.

“It gets pretty ugly,” Dolores told the outlet. “Listen, if that’s what you’re looking for in the fan world of Housewife drama, you’re gonna see it. I mean, it’s an epic time for us.”