Home Real Housewives of New York City News RHONY’s Dorinda Medley Shares Update on Relationship With Tinsley Mortimer, Plus What She Could Have Done Differently

RHONY’s Dorinda Medley Shares Update on Relationship With Tinsley Mortimer, Plus What She Could Have Done Differently 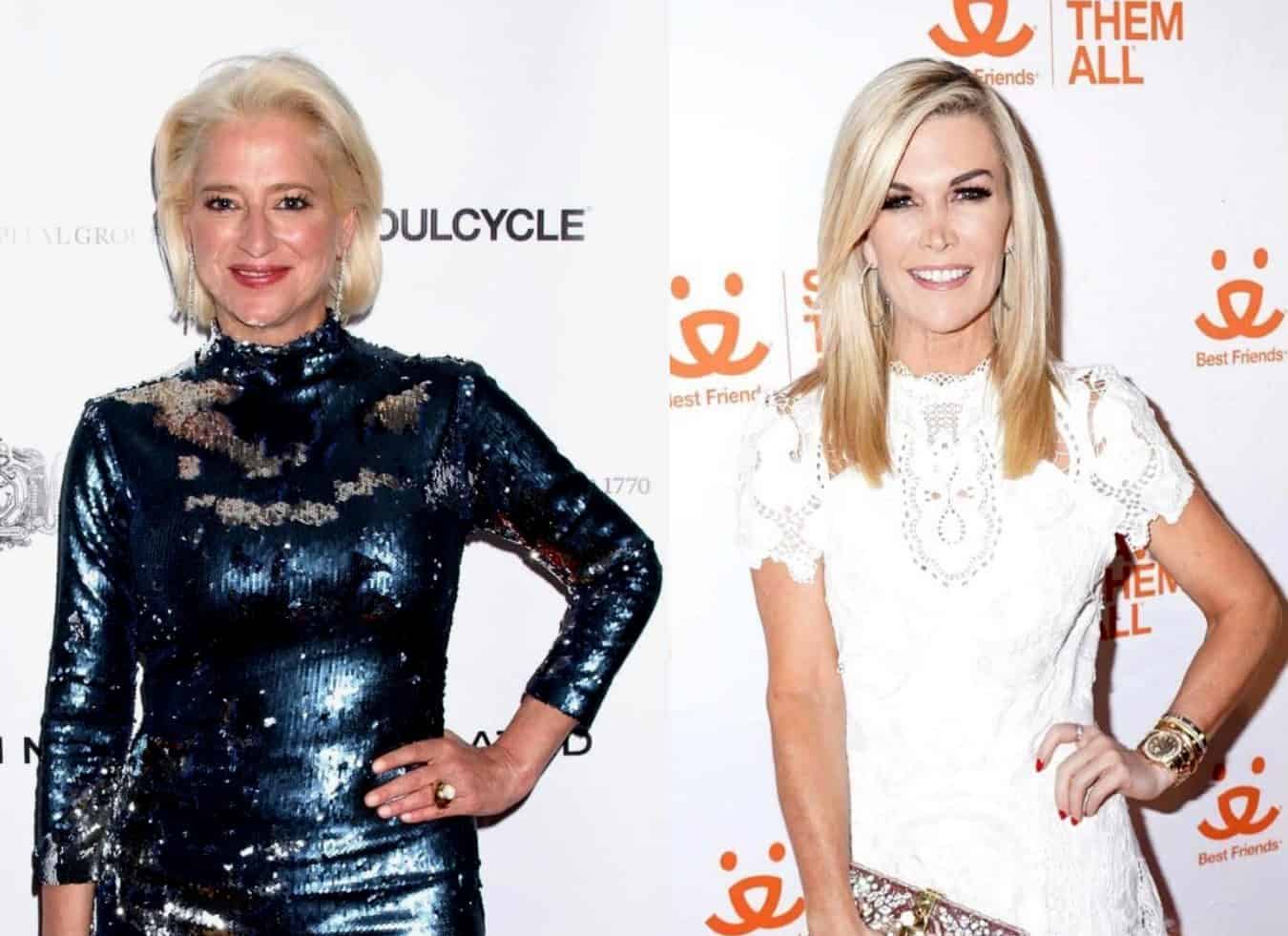 The Real Housewives of New York City alum Dorinda Medley doesn’t do much in the way of apologizing, but in a recent interview, she is reflecting back on her last season as a housewife and what she would have done differently (note: not apologizing), and yes, if it all has to do with Tinsley Mortimer.

Many viewers were appalled by Dorinda’s behavior on her final season of RHONY and her cruel treatment of Tinsley. She consistently bashed her personal life as dishonest and inauthentic. Plus, she made an abhorrent “turkey baster joke,” aka artificial insemination, at Tinsley’s expense. Basically, she made the woman’s life hell.

Per Monsters and Critics, Dorinda recently spoke with Us Weekly and revealed she wishes she could have had resolution with Tinsley during the last RHONY reunion.

“I regret that I didn’t have a resolution with Tinsley — that she didn’t stay, that she left halfway through the season, and we couldn’t get to a resolution,” Dorinda stated.

“I don’t do regrets,” Dorinda said. “The great thing about being on the show is… that’s what I think makes a good Housewife [is] you’re perfectly imperfect.”

She continued by adding, “You put it all out there. You let people shake it up and have their opinion and learn from it and then keep it moving.”

So, where do Dorinda and Tinsley stand now?

As viewers will remember, Tinsley left the show mid-season to move to Chicago to wed then-fiancé Scott Kluth, which in the end very publicly fell through. Scott and Tinsley’s relationship was the main source of contention between Tinsley and Dorinda during season 12.

Dorinda infamously dissed Tinsley and walked out of a party after castmate Leah McSweeney made a toast that included Tinsley’s name, which led to Dorinda saying she almost “ruined” the show. (Oh, if Dorinda only knew what was to become of RHONY…)

Apparently, some closure has come from the two’s broken friendship, according to Dorinda.

After Scott publicly blindsided Tinsley and broke off their engagement, Dorinda said she reached out and Tinsley was receptive.

“I spoke to her after she and Scott decided not to get married,” Dorinda said. “I wrote her a nice text and she wrote one right back.”

The Real Housewives of New York City has been a disaster as of late with the show embroiled in political and racial turmoil after its fatal last season.

The show has since been redesigned into two separate shows — one with an all-new cast and one with veteran cast favorites. Many fans have been vying to see Tinsley and Dorinda back on their screens.

No casting decisions have been made for either show as of yet.