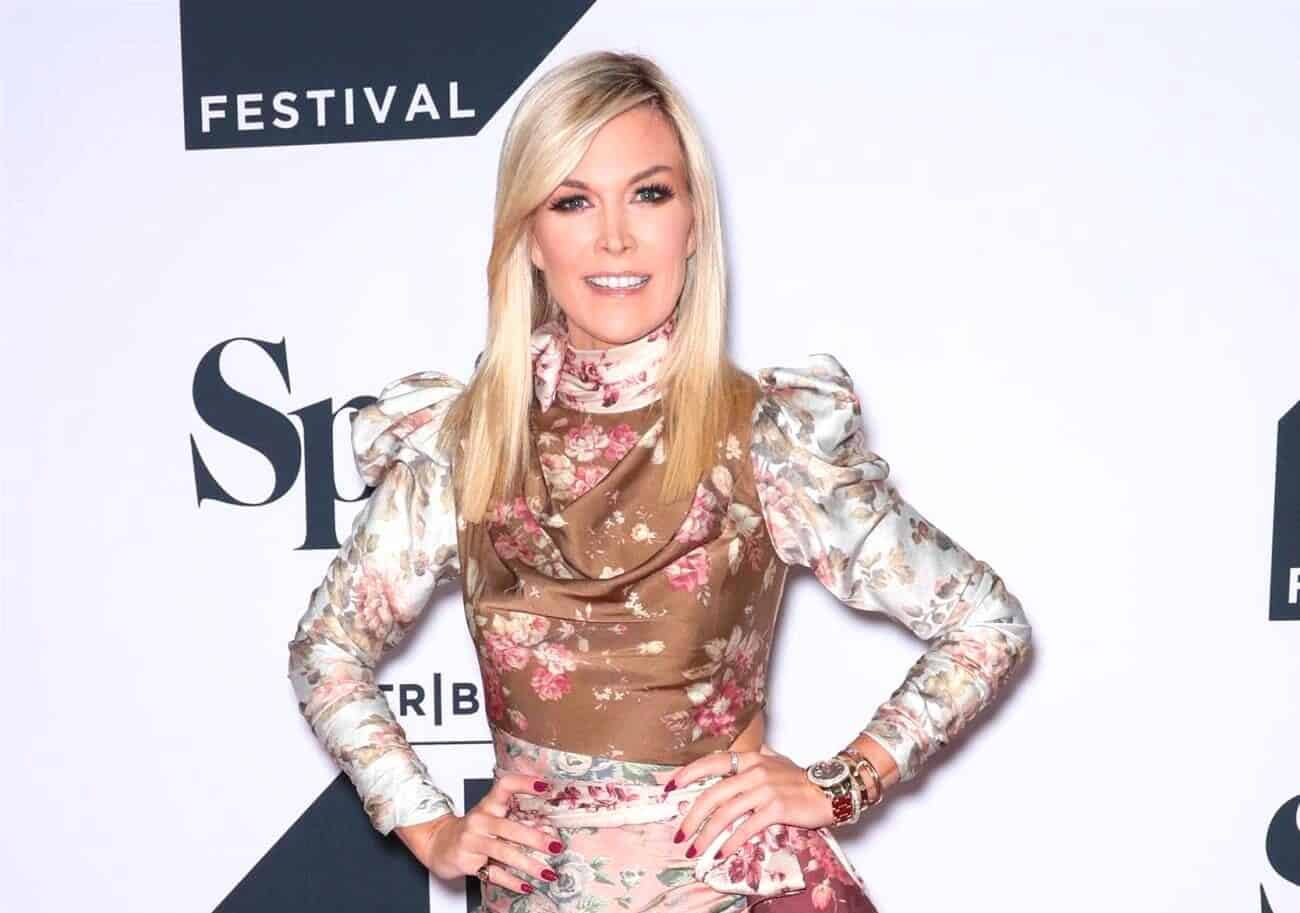 On April 21, Tinsley took to Instagram for the first time since early March when she shared a post from Scott’s penthouse apartment in Chicago. The Real Housewives of New York City alum is seemingly living her best, single life in Palm Beach, Florida.

“Happy in Palm Beach,” she captioned the post. “Love to everyone!!!”

The socialite did look happy indeed as she struck a sassy pose while wearing a gorgeous white, lace dress, which she paired with a pink Versace clutch.

Tinsley was reportedly heartbroken when Scott publicly announced their split on March 18 as it allegedly completely caught the former reality star off guard.

Following the news, several of Tinsley’s friends spoke out against the Coupon King, claiming Scott had “tortured” the fashionista for years.

Tinsley and Scott dated off-and-on for more than two years, but in November 2019, he finally proposed and she announced her RHONY exit a few months later.

Nevertheless, it seems Tinsley is finally moving on, and she wants the world — and Scott — to know it.

As for a potential return to the show, it’s unclear if she has reached out to Bravo or if the network would even invite her back for season 14. However, a source previously claimed that Leah McSweeney is “begging” Tinsley to make a comeback.

“Leah’s begging her to come back,” an insider told Page Six last month. “They’d have the best time.”