Lisa Rinna Shares What Worries Her About New RHOBH Season, Calls Kyle the “Leader” of Show and Talks Memory Loss 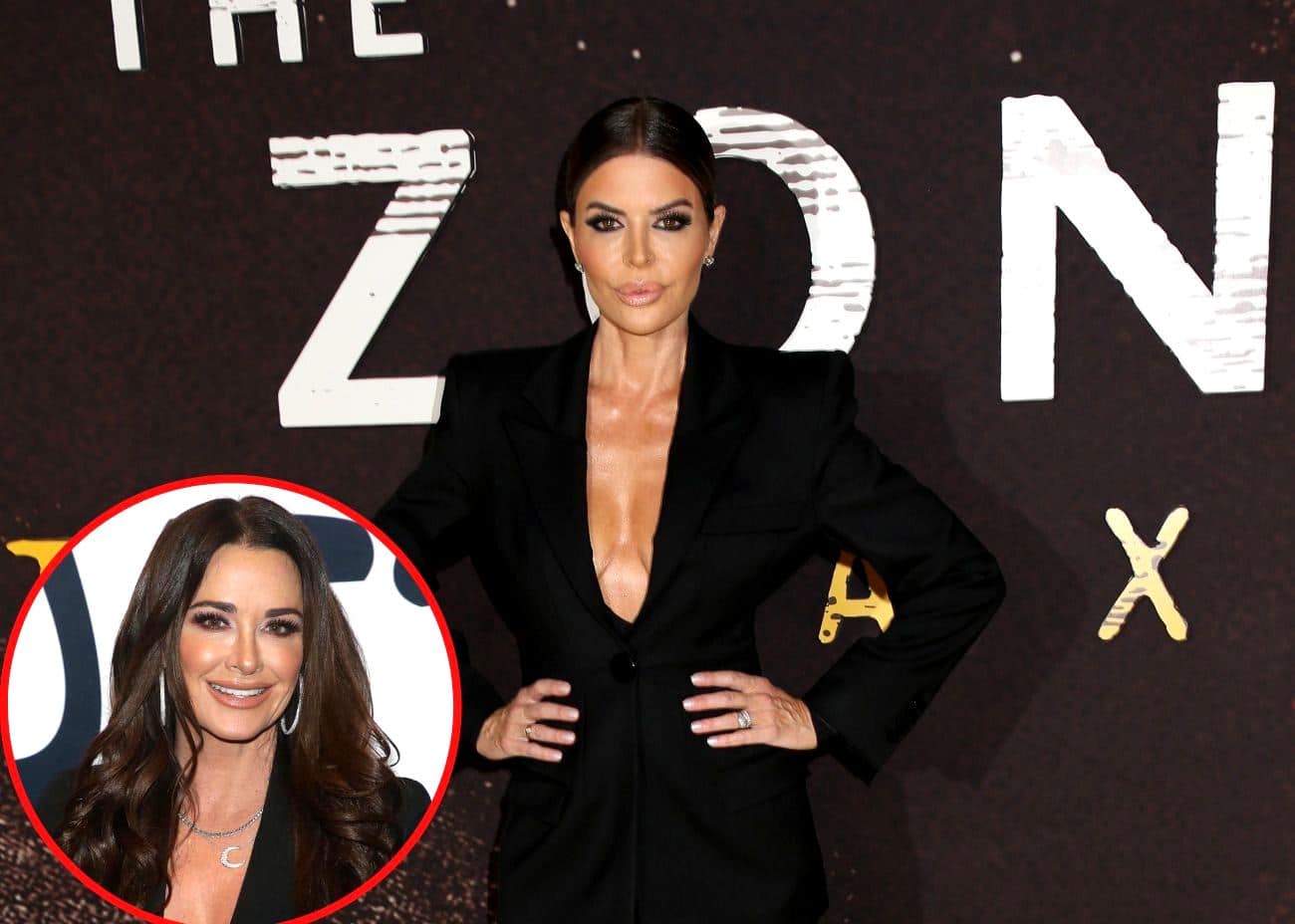 Lisa Rinna believes Kyle Richards is the unofficial “leader” of The Real Housewives of Beverly Hills — and she’s not the only one who feels that way.

As Lisa and Kyle were joined by Erika Jayne on Teddi Mellencamp‘s podcast on Monday, the cast agreed that Kyle is the glue that holds the show together before Lisa explained the memory loss she’s exhibited in past seasons and revealed why she made the decision to continue filming RHOBH after the tragic death of her mother, Lois Rinna.

“Even though we’ve had our disagreement, I can’t think of any time that I thought that Kyle was dirty,” Erika said of Kyle on Two T’s in a Pod on April 25. “I often thought there’s no [RHOBH] without Kyle.”

“I agree. We look to Kyle as our leader,” Lisa shared.

While many have felt that Lisa has exhibited some convenient memory loss over the years on RHOBH, she said that when it comes to her forgetfulness, and the infamous math equation meme that it resulted in, she’s found fault in the sleeping pill known as Restoril, which WebMD lists as having side effects like memory loss.

“For like four years I was taking sleeping pills… I just took it every night because I could guarantee I’d go to sleep. So what I can tell you is, this sleeping pill erases your f-cking memory,” Lisa explained. “I finally figured it out because I’m no longer on the sleeping pill.”

“I testify because I was on the same one,” Erika confirmed. “[And] we’re not making excuses. We’re telling you what happened.”

During one particular moment amid RHOBH season seven, Kyle confronted Lisa about comments she learned she had made regarding Kim Richards‘ sobriety. And, while Kyle recalls having the perspective of, “I’ve caught Rinna red-handed,” Lisa said she truly “didn’t f-cking remember” what she had said about Kim in that moment.

Moving on to her decision to continue filming RHOBH after Lois’ passing, Lisa said she’s worried about how viewers will react.

“I think that’s going to be tough because people are going to be like, ‘Why are you working?'” Lisa suspected. “[But] the truth is, my mom would have said, ‘Get yourself on that plane and go to Mexico.’ And that is ultimately the decision that I did make because what are you going to do? Go home and sit in your room?”

At that point, Erika interjected.

“I have to say something: I know what a good daughter you were to Lois, and we all knew Lois. So I don’t want you to beat yourself over the fact that you had commitments,” Erika told her.

And Kyle said that she and her castmates “were there for [Rinna] to be a shoulder to lean on.”

“I wanted to come be with you guys because what else do you do after you lose a parent? Are you supposed to go in your room and just sit and cry?” Lisa noted. “By the way, everybody has to go to work. Who doesn’t have to show up for their job? I’m actually not sad that I’m doing this in a public way because I think grief is such a taboo. It’s something that’s not talked about. It’s a process, and I’m here to show you how I did it. You’ll see all of it.”

Also, on the podcast, Teddi asked if everyone cried during RHOBH season 12.

“Did I cry this season?” Erika wondered.

But her co-stars seemed to think that was a silly question.

Lisa, meanwhile, was a bit more clear on the events of the season, especially having gotten off her sleeping pills, and said she believes that everyone shed tears but Garcelle Beauvais.

“I don’t think Garcelle cried. Everybody cried that I can remember, everybody. But I don’t know about Garcelle,” she admitted.

Kyle weighed in as well, saying, “[Sutton Stracke] cries always, like me.”

The Real Housewives of Beverly Hills season 12 premieres May 11 at 8/7c on Bravo.