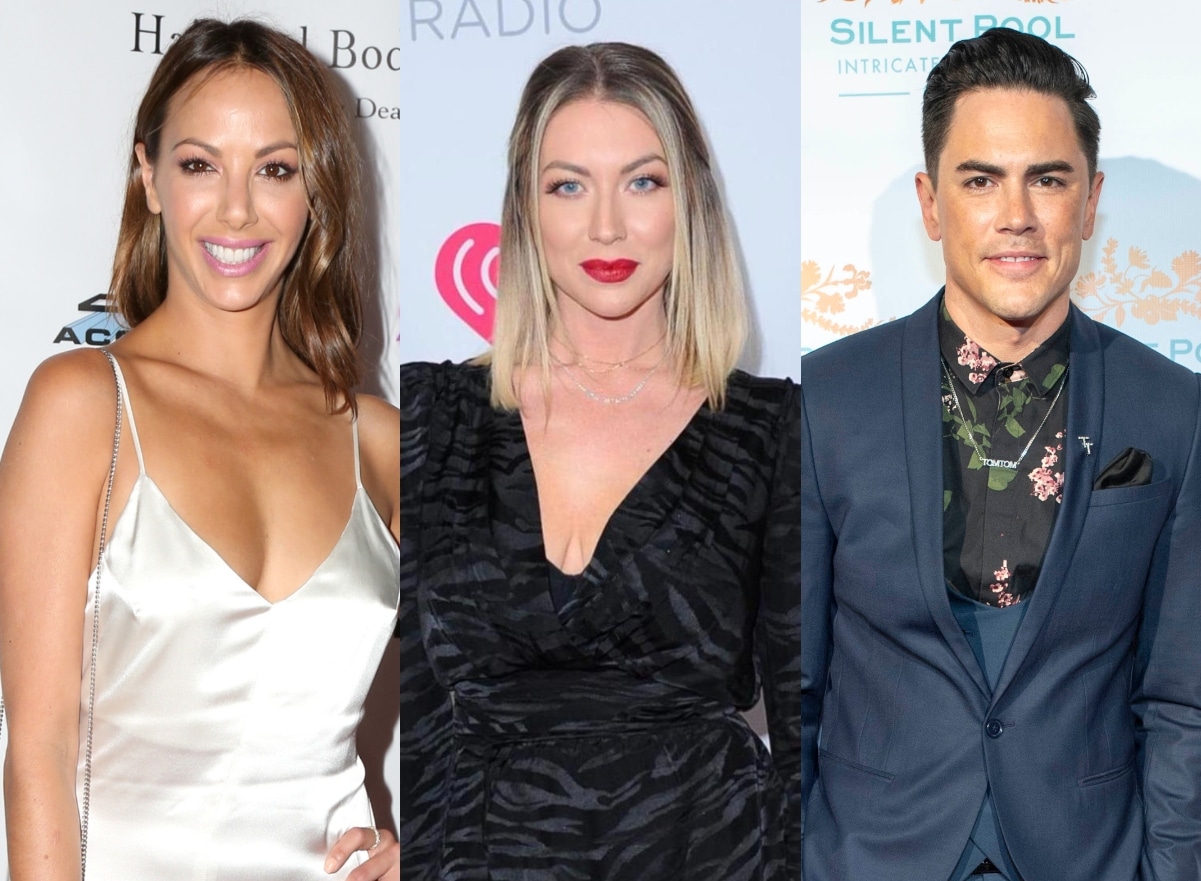 Kristen Doute has confirmed why she wasn’t in attendance at Stassi Schroeder‘s Italian wedding on Thursday.

After many Vanderpump Rules fans noticed that she and several others weren’t included in Stassi and Beau Clark‘s big day, Kristen took to Instagram, where she explained why she was unable to make it to the event, which featured just a small group of the couple’s friends and family.

“Ugh so sad I missed Rome but we have a wedding here we had already booked!” Kristen explained to a curious fan. “I’m soo happy she got her dream wedding.” 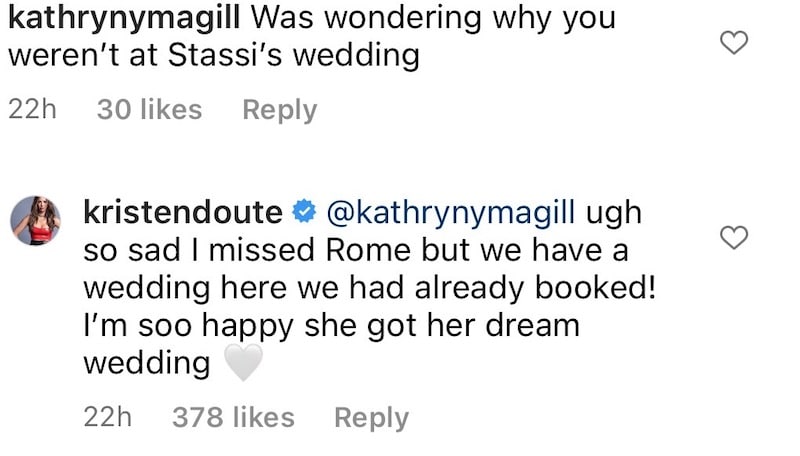 Kristen then responded to another fan, who said they were “sad” that she didn’t get invited to the event.

“I did get invited and I was lucky to be at the small wedding. We have a wedding here we had already booked,” she revealed. 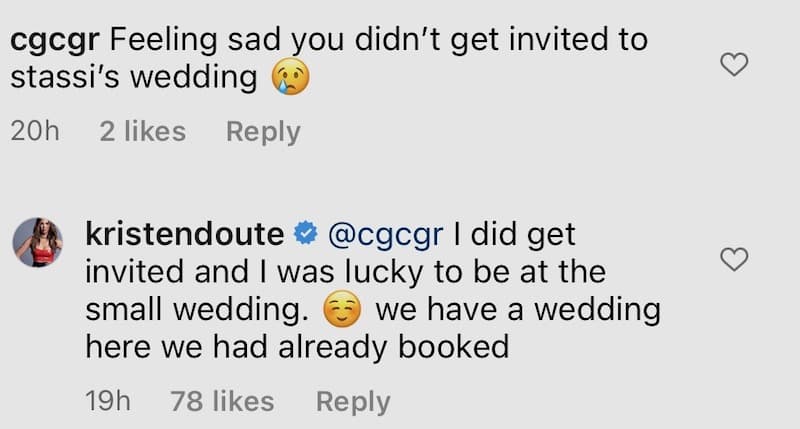 As Pump Rules fans may have seen, Kristen and her boyfriend, Alex Menache, traveled to Hawaii earlier this week, where they’ve been sharing plenty of photos and videos on social media.

Although Kristen was unable to attend Stassi’s wedding, she did give her former Pump Rules co-star a shoutout on Instagram after the festivities concluded.

“Look at this ethereal beauty! Love you [Stassi Schroeder],” she captioned an image of Stassi in her wedding dress and Beau in his suit and tie. 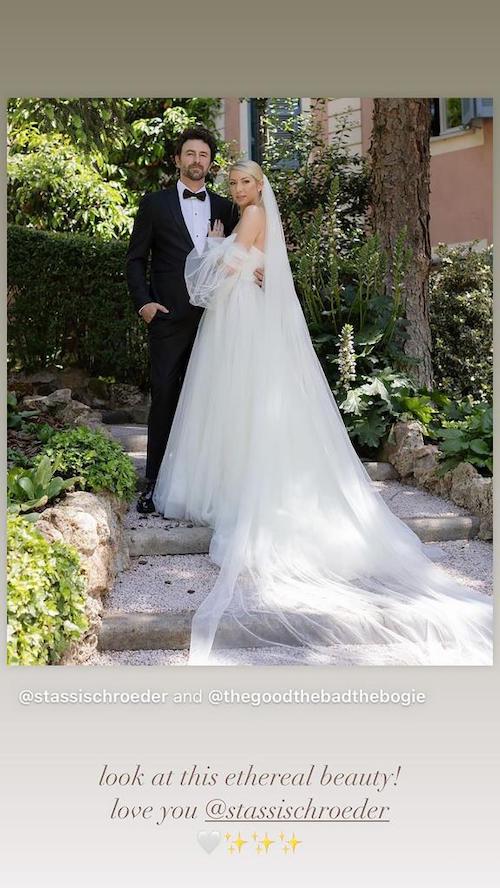 Immediately after it was confirmed that the only Pump Rules cast members included in Stassi and Beau’s wedding were Katie Maloney and Tom Schwartz, reports revealed that Scheana Shay had been disinvited from the event — and that Tom Sandoval, who has feuded with Stassi in recent years, was never invited to begin with.

“Scheana was originally supposed to go, but at some point she got disinvited,” an insider shared with Page Six on May 13. “All she knew was that it was for ‘budget reasons,’ although it didn’t really seem like she was buying it.”

As for Tom, he reportedly confirmed he did not receive an invitation during a live taping of Scheana’s podcast, Scheananigans, on Thursday.

Vanderpump Rules season 10 is expected to begin production sometime in the coming months.