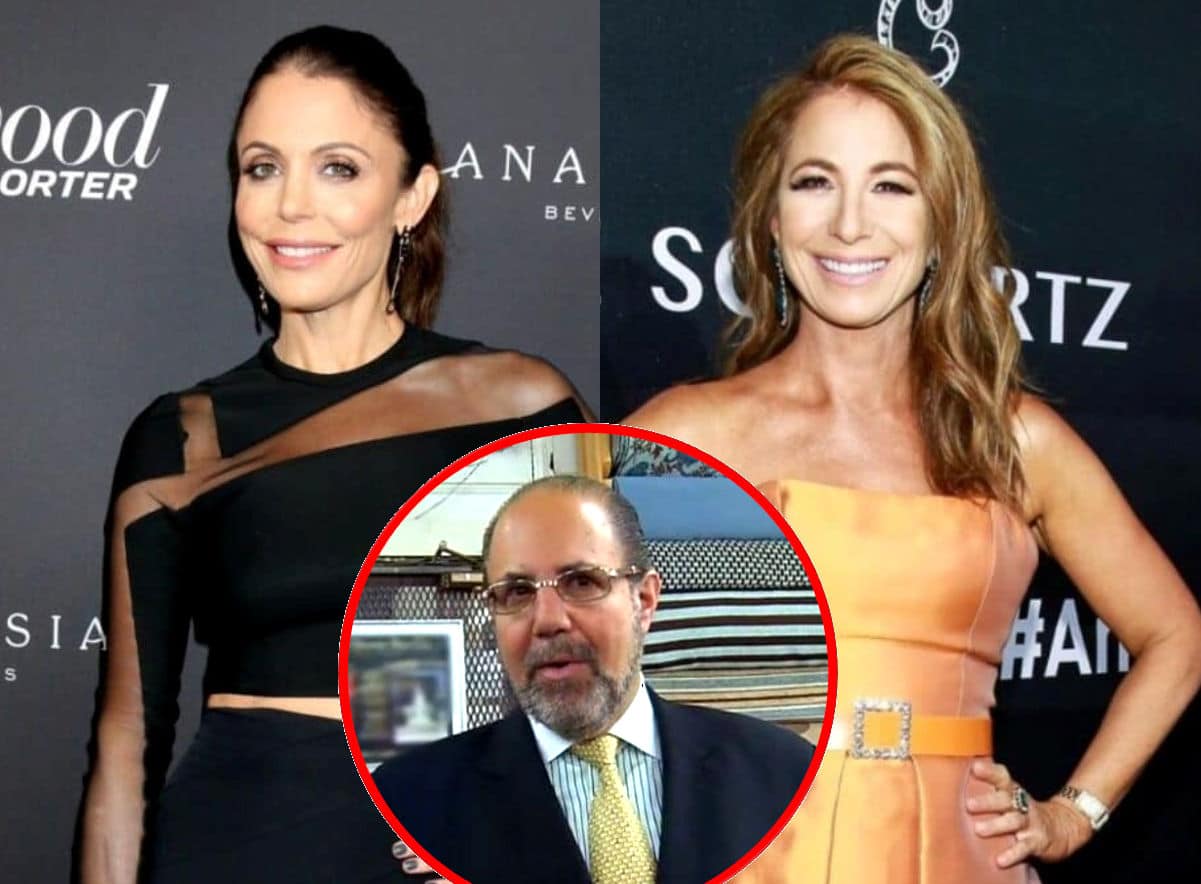 Bethenny Frankel reacted to Jill Zarin‘s suggestion that she showed up to the funeral of her late husband, Bobby Zarin, for publicity on Thursday’s episode of Watch What Happens Live.

Following Jill’s criticism of her former friend, the Real Housewives of New York City alum denied Jill’s allegations against her and prompted host Andy Cohen to reveal what really happened prior to the memorial service.

“I don’t own any cameras. So I didn’t bring any cameras,” Bethenny stated on the May 19 episode of WWHL, turning to host Andy and adding, “And I remember you and I had a discussion and you told me that she wanted… Why don’t you tell it?”

Then, after Bethenny asked if he thinks that or knows that, Andy clarified, “I know.”

As for her relationship with Fredrik Eklund, who starred alongside her in 2017’s Bethenny & Fredrik, Bethenny told a WWHL viewer that fans shouldn’t hold their breaths for a second season of the show.

“I haven’t spoken to Frederik in a minute. I think I asked him for a realtor recommendation… Not in New York City. In another place where he’s not working. So I haven’t spoken to him in a minute… He moved to L.A. I’ve been doing my solo real estate projects, flipping places, but I got a little tired. I want to just not do as much anymore,” she explained.

Another viewer wanted to know why Bethenny had started sharing makeup-related TikToks after shading Tinsley Mortimer and Carole Radziwill for caring too much about their own makeup.

“I’m not particularly vain. I care about the fact that I’ve never known how to do it,” Bethenny clarified.

And while Ramona Singer is rarely applauded for her behavior, Bethenny gave her former RHONY co-star a shoutout after learning she was doing Cameos to support her non-profit, BStrong.

“Breaking news, Ramona Singer… She texted me that she’s Ukrainian and then I later hear that she’s doing Cameos to support Bstrong. [But she] didn’t ask for credit. And I always say credit-seekers don’t get credit. She didn’t seek the credit and she got the credit,” Bethenny said. “And here we are on live television… Ramona Singer, the Ukrainians thank you.”

Also on WWHL, Bethenny, who is famous for her Skinnygirl brand, responded to potential hypocrisy after criticizing Kim Kardashian for setting a bad example by dropping 16 pounds in two weeks by cutting out carbs and sugar to fit into her Met Gala gown (which had been previously worn by Marilyn Monroe).

“First of all, I think I created Skinnygirl about 13 years ago for a low-calorie margarita. For food and beverage, I have no problem with something being lower in calories that allows people to indulge,” she explained. “My clothing line is up to size 32. My books are about indulgence and allowing. But I’m launching a swim line that’s called Bethenny because that’s where the line is, about clothing and bodies and things like that. So in the future, it would be more ‘Bethenny’ but I have no problem with ’Skinnygirl’ in food products.”

Ally wrote: “There’s so much I want to say.”  She however didn’t expound on her comments. 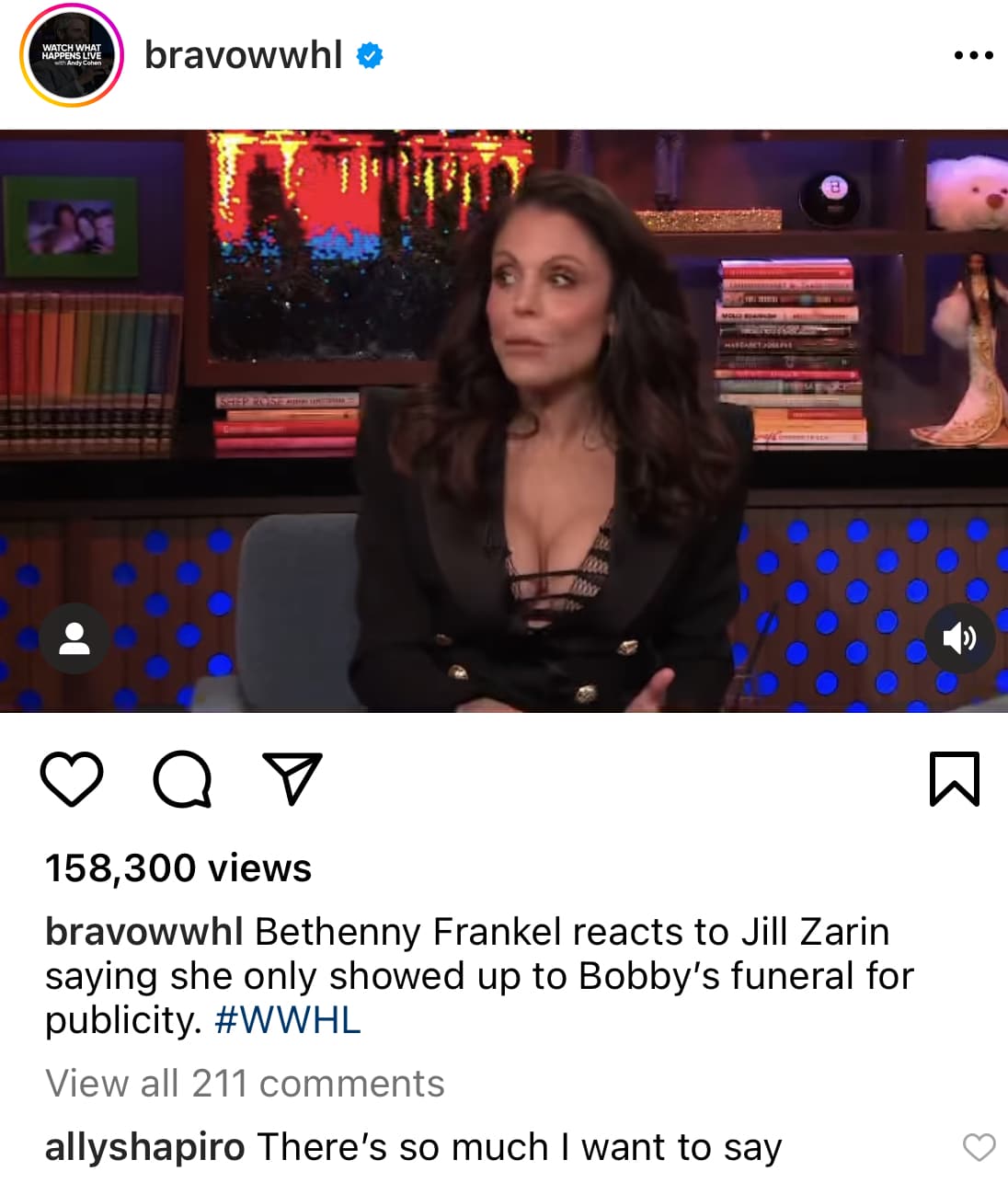