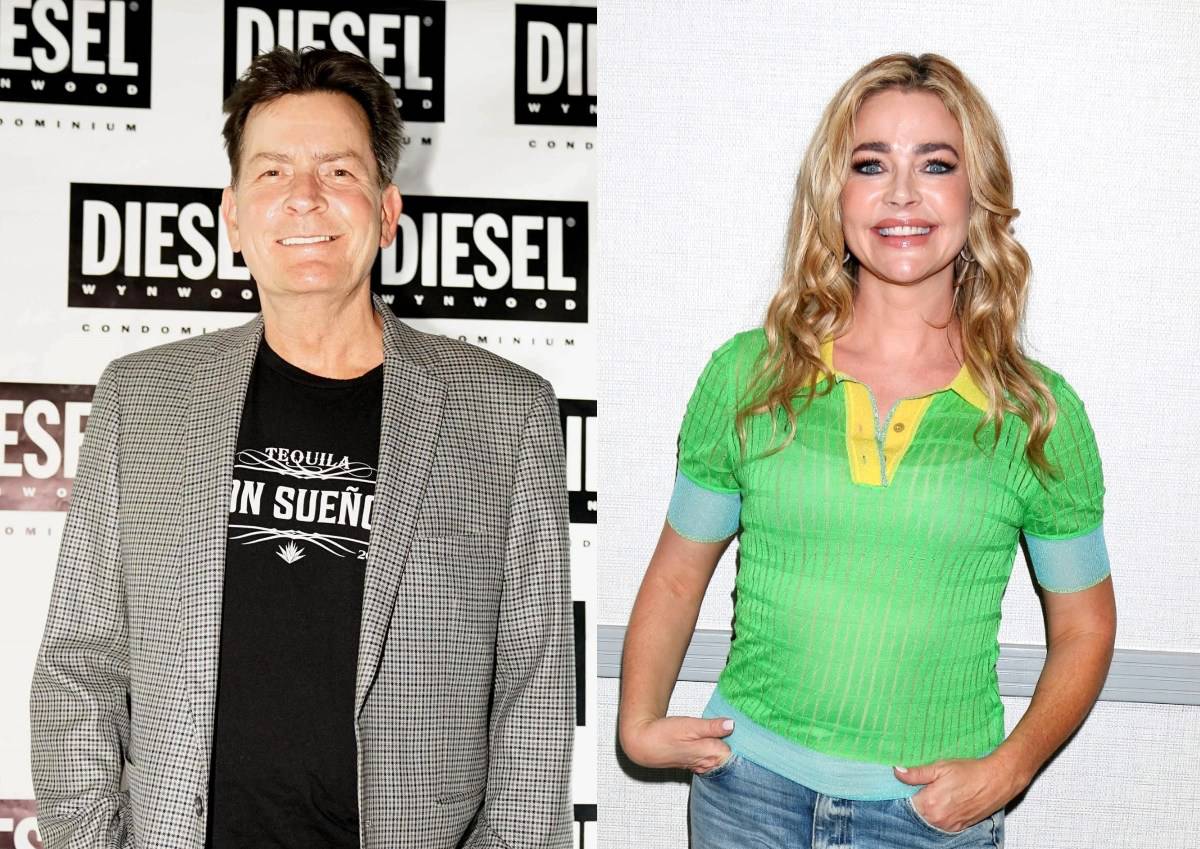 Charlie Sheen may have suggested his former wife, Real Housewives of Beverly Hills alum Denise Richards, was to blame for their 18-year-old daughter Sami Sheen‘s decision to join the NSFW website OnlyFans weeks ago, but according to a new report, the former couple, who was married from 2002 to 2006, is now in a better place.

After pointing out that Sami had joined OnlyFans after moving back in with Denise, 51, following a reconciliation in March, Charlie, 56, who also shares 17-year-old daughter Lola with the actress, has reportedly gotten to a place of peace with his former spouse.

“[Denise] and Charlie have made peace now and understand each other,” a source told Us Weekly on June 29. “He’s saying more power to them both and isn’t going to cause any fuss.”

As RHOBH fans have surely heard, Denise joined OnlyFans just days after Sami, telling fans on Instagram, “Ready… here we go,” along with a sultry video of herself on the beach.

Prior to joining, Denise had defended her daughter’s addition to the website, noting that there wasn’t much of a difference between OnlyFans and other social media platforms.

“Is there really a difference posting a picture of yourself in a bikini on IG?” she asked on Instagram. “We’ve all done it. Because you get paid on OnlyFans? … Is it so bad to control it & monetize it too?”

The following day, Charlie confirmed his views on the situation had changed as he admitted to Us Weekly that he “overlooked” some “salient points” made by Denise.

“Now more than ever, it’s essential that Sami have a united parental front to rely upon, as she embarks on this new adventure,” Charlie said in a statement through publicist Jeff Ballard. “From this moment forward, she’ll have it abundantly.”

While Denise’s decision to join OnlyFans caught some people off-guard, an insider told Us Weekly that she’s hoping to have fun with the new venture as she also shows “Sami some solidarity.”

“Denise figures this will be a fun adventure,” the source shared.

In recent years, Denise and Sami’s relationship has gone through ups and downs, but today, the mother-daughter pair appear to be in a great place.