Home Real Housewives of Beverly Hills News RHOBH’s Garcelle Beauvais Responds to Tamra Judge Calling Her a “S–t Stirrer,” Claims Crystal “Flat Out Lied” and Slams Diana as “Uneducated,” Plus Reacts to Erika Having to Turn Over Earrings

RHOBH’s Garcelle Beauvais Responds to Tamra Judge Calling Her a “S–t Stirrer,” Claims Crystal “Flat Out Lied” and Slams Diana as “Uneducated,” Plus Reacts to Erika Having to Turn Over Earrings 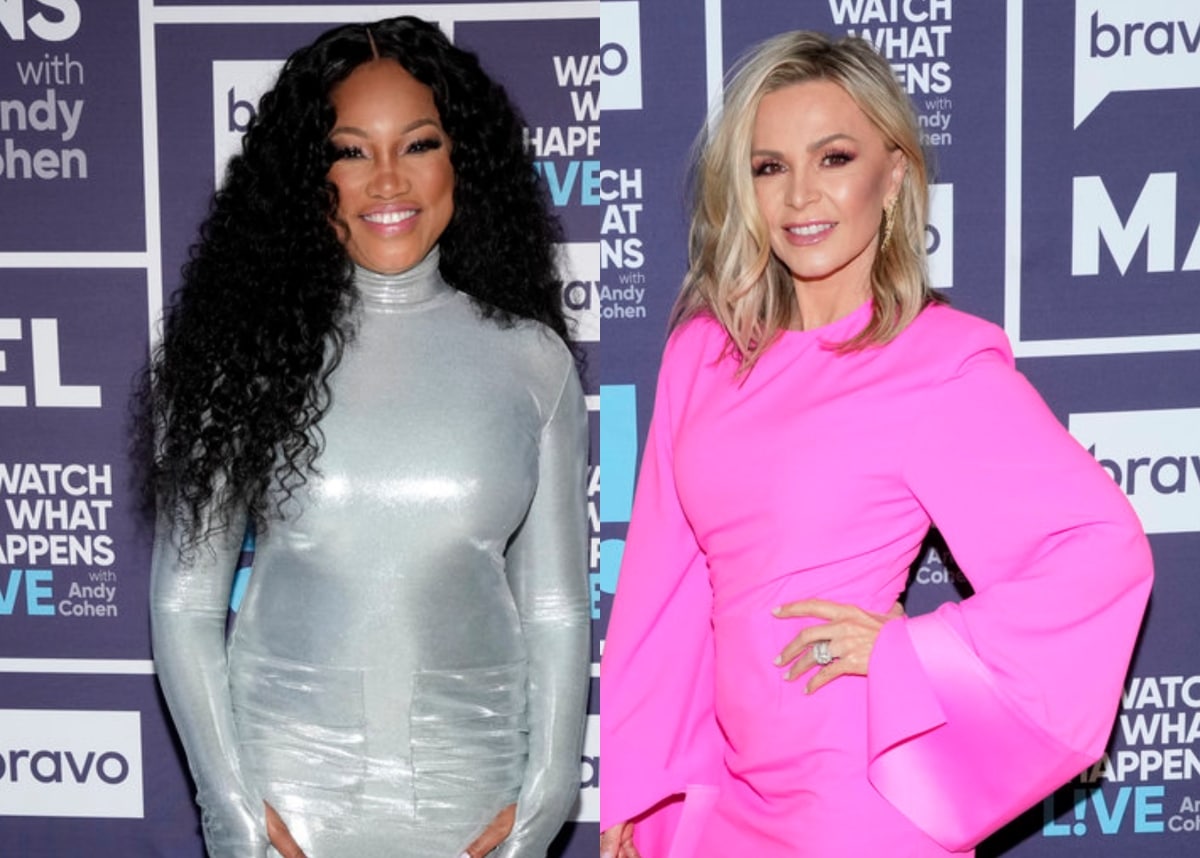 “I’m gonna go with exactly what [Kyle Richards] said: She flat out lied while she was here,” Garcelle stated on the June 29 episode of WWHL. “I don’t believe there was anything darker.”

As fans may recall, Crystal suggested on WWHL weeks ago that Sutton’s “dark” comment wasn’t seen on the show.

“[The pool] story was not problematic. Look, Sutton and I, she and I know what was said and we’ve spoken at length about it and she has apologized to me privately and publicly… because that conversation was a lengthy one,” she cryptically stated.

When Garcelle was then asked for her thoughts on Diana saying she was the least welcoming of the cast, Garcelle described her co-star as “nuts,” saying, “She’s absolutely nuts,” before slamming her for telling a Black blogger that “it can’t feel good being a black content creator.”

Although Diana claimed she thought the term “black” referred to dark or “snarky content,” giving a nod to her lack of understanding of the English language, Garcelle didn’t seem to be buying her excuse.

As for Tamra’s suggestion that she’s the “queen [sh-t] stirrer of the RHOBH cast, Garcelle denied it was true.

“I don’t know if I am [a pot-stirrer]. I just say how I feel,” Garcelle explained on the WWHL: After Show, noting that she “[likes] Tamra, by the way.”

Also on the After Show, Garcelle reacted to Denise Richards joining OnlyFans.

“I’m surprised. I really am,” she admitted. “But I think she’s doing it in support of her daughter [Sami Sheen] but I don’t know what her content is going to be. Because when I think of OnlyFans I feel like… body parts.”

Back on the live broadcast, Garcelle clapped back at claims of being Sutton’s mouthpiece.

“Sutton really holds her own. People don’t give her enough credit,” she stated.

During Wednesday’s RHOBH, Garcelle voiced her doubts that Lisa Rinna had reached out to Denise to make nice. But as fans now know, she did just that in a text message she has since shared on social media.

Although Diana was ill ahead of Garcelle’s birthday party, she wasn’t a no-show like Denise and instead sent out a graphic group message, explaining, while misspelling Garcelle’s name, that she was still bleeding from a miscarriage.

Amid the party, Garcelle’s oldest son, Oliver Saunders, who coincidentally is employed by Lisa Vanderpump at her Las Vegas restaurant, caught the eye of Erika Jayne. And while Garcelle initially thought her admiration was “sweet,” she hinted that there is much more to that story.

“It was sweet until it got creepy… Keep watching the show,” she teased.

Garcelle also spoke of the recent news regarding Erika’s $750,000 earrings, saying it was “great” that a judge recently ruled to take them from her.

Also on WWHL, fellow guest Ziwe told Andy that Tamra has refused to appear on her talk show.