Randall Emmett’s Struggles With Bruce Willis Amid Health Issues Revealed as Ex-Employees Speak, Plus Unpaid Debt and Scene He Demanded Be Cut From Pump Rules 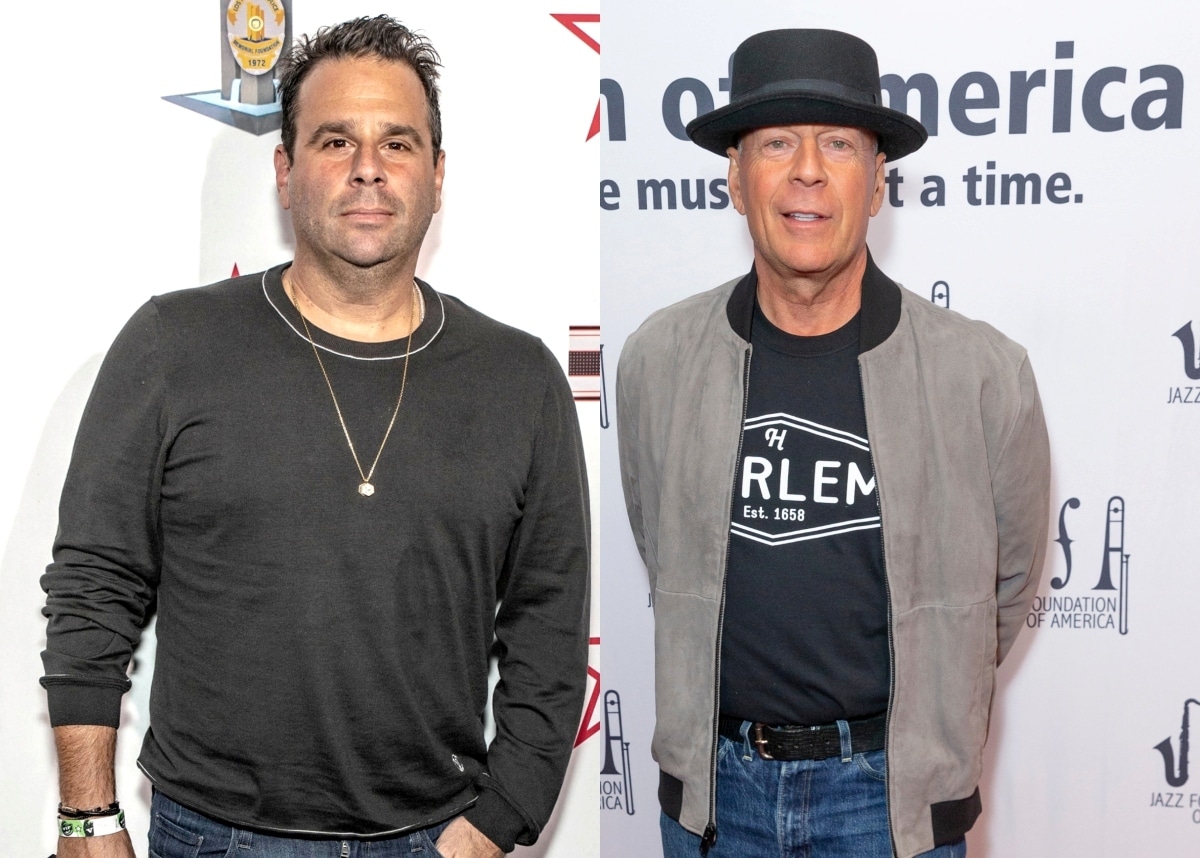 Randall Emmett is under fire.

As he navigates through his custody battle with Vanderpump Rules cast member Lala Kent, with whom he shares a one-year-old child, daughter Ocean Kent Emmett, the producer-turned-director has been targeted with a controversial new expose. The expose has detailed not only his alleged mistreatment of actor Bruce Willis but also the many lawsuits filed against him — and the mounting debt he’s facing.

At the very start of the controversial piece, Randall was accused of mistreating Bruce — who came forward with his aphasia diagnosis and confirmed the end of his career in March — on the set of 2021’s Midnight in the Switchgrass. According to the report, Randall stormed off set after the actor failed to properly kick open a door.

“Did I do something wrong?” Bruce allegedly asked.

And later that night, Randall called then-fiancée Lala in tears.

“I can’t do this anymore,” Lala recalled Randall telling her after the incident. “It’s just so sad. Bruce can’t remember any of his lines. He doesn’t know where he is.”

Speaking to The Times, via his rep, Randall denied the call and said he was not aware “of any decline in Mr. Willis’ health.”

While the majority of Randall’s early credits were for straight-to-DVD films, Bruce helped put Randall’s production company, Emmett/Furla Oasis, on the map by appearing in dozens of their projects and securing Randall as a respected talent in the industry. Still, Randall was faced with over $25 million in outstanding loans and disputed payments.

Just last year, the Writers Guild of America West won a $541,464 judgment against Randall’s production company after filing a claim on behalf of writers who claimed they were shortchanged after working on Randall’s since-dissolved Pump television show, which was supposed to follow Arnold Schwarzenegger‘s early life in California.

“Here we were, sitting in the middle of the pandemic,” one writer noted. “The message that [Emmett] was sending was that my family and my kids didn’t matter.”

But according to WGA West attorney Leila Azari, the writers have not been “paid a cent,” despite the judgment.

“And on Instagram, you see that Randall leads this lavish lifestyle — flying in private jets, going to pickleball tournaments at La Quinta and constantly staying at these lavish resorts,” she fumed.

Meanwhile, James van der Woerd, who offered a $750,000 loan to Randall and his production company, has since filed a $1 million lawsuit against him, claiming he has yet to be reimbursed.

Randall is also facing shocking allegations regarding his treatment of employees.

Anna Szymanska, a former assistant, said that in addition to Randall allegedly throwing a pingpong paddle and breaking a window, she was once called to his home around 10 p.m., where she saw him “lying naked on a couch” through a window.

“I became extremely uncomfortable and disturbed,” she wrote.

But that didn’t stop her from supporting Randall amid his custody battle.

“I was scared about my immigration status, because I needed the job to keep my visa. So I felt obligated,” she explained. “He gave me a talk where he told me what to say about what a good dad he was.”

And after Randall’s rep denied Anna’s claims, she claimed to have given a second declaration because she felt “compelled” to share her “concerns about what his children are exposed to when left with him for long periods of time.”

Another employee, Martin G’Blae, accused Randall of making “people do dangerous things — and illegal things,” saying that “you had to be his punching bag — and his mule.”

One particular story he gave took place during the time Randall was staying at the Dorado Beach Ritz-Carlton in Puerto Rico. As Martin recalled, Randall enlisted him to get one of his items out of his hotel safe. However, after being unable to do so himself, he enlisted the help of a security team.

“A security team comes in and they open the safe and then they all just turn away. I look in and see a big bag of cocaine. I was in shock — and disbelief,” he said, explaining he felt he was put into an unacceptable risk as a Black man. “We had a 30-minute car ride where I was constantly paranoid about getting pulled over by the cops.”

According to others, Randall often made disparaging remarks to employees, including, “If you do that again, [you’re] fired,” “you’re a moron,” “do something with the zits on your face,” and “you’re [f-cking] lazy.”

The Los Angeles Times also spoke to three film crew members who said that as Emmett/Furla Oasis delivered massive paydays to actors, it struggled to meet payroll for its employees and crew meals, and other location costs were often put in jeopardy.

In one email labeled “Debts” and sent to Randall and George Furla on March 9, 2019, British financier Charles Auty claimed their production company owed $8.25 million, plus interest.

“This is a serious amount of capital … I get calls every day from my investors on most of these loans … What’s the plan?” he asked.

Months later, on October 10, 2019, the same financier said Randall was sending “a very dismissive and negative message to all of our investors to whom you guys owe in excess of $30 million in principal alone.”

In response to the claims, a source close to Randall said his company owes around $17 million in loan principal.

Fyzz Facility has also attempted to collect from Randall, filing a $10 million lawsuit against him and claiming he misdirected funds for a movie to another film.

Also in the piece, it was noted that Randall reached out to then-vice chairman of NBCUniversal, Ron Meyer, in 2019 after cast members of Pump Rules discussed his feud with 50 Cent amid production. As fans will recall, 50 Cent called out Randall that year, claiming he owed him $1 million.

“If they mention him anywhere in this show … the antics will start Again which could Destroy my career,” Randall wrote in an October 2019 email, begging Ron to toss the footage.

Randall also offered to thank Ron personally if he was to win an Academy Award for his work on The Irishman, although Ron preferred tickets to the film’s premiere.

Randall has now “resigned” from EFO and is focused on his new company, Convergence Entertainment.