Home Real Housewives of Beverly Hills News VIDEO: Drunk Erika Jayne Curses at Garcelle’s 14-Yr-Old Son After Being Shut Down by Oliver in RHOBH Preview, See How Garcelle Fired Back

VIDEO: Drunk Erika Jayne Curses at Garcelle’s 14-Yr-Old Son After Being Shut Down by Oliver in RHOBH Preview, See How Garcelle Fired Back 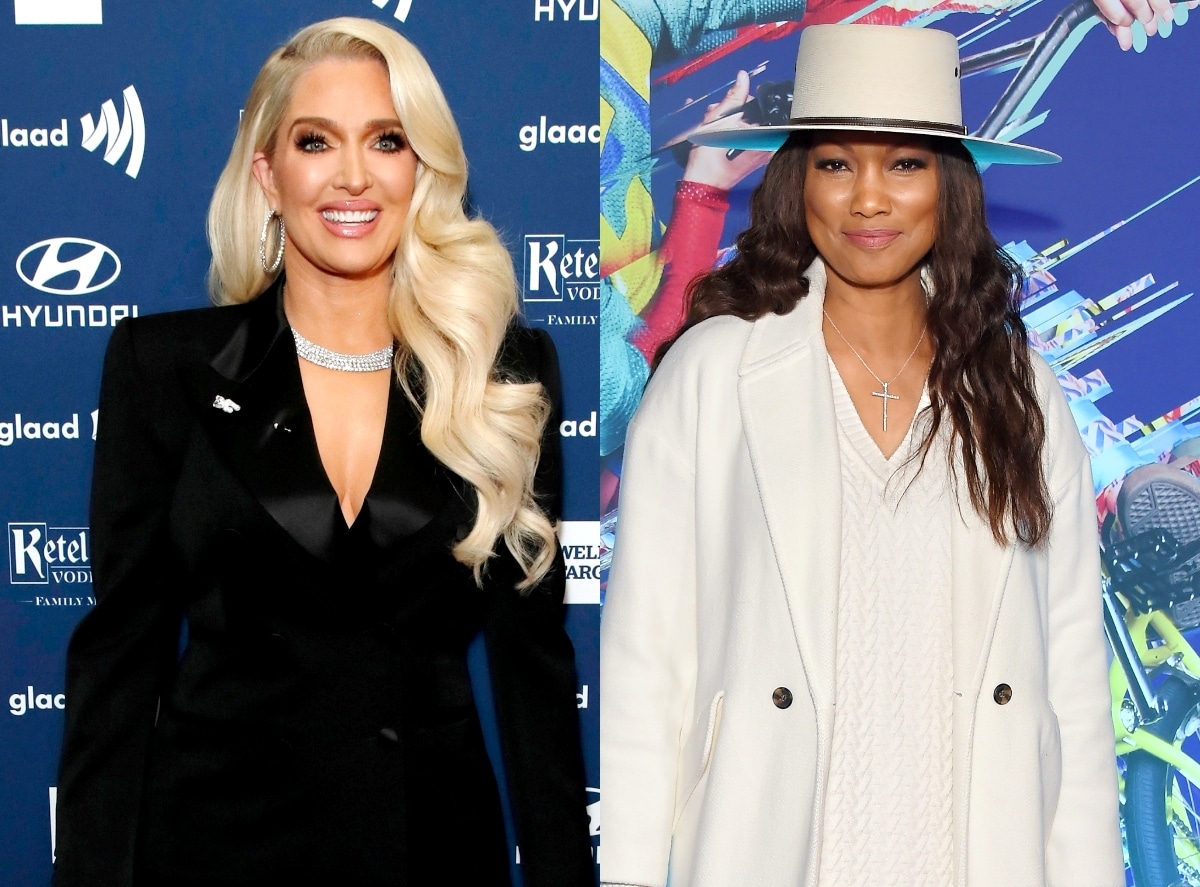 Erika Jayne exhibited some fairly shocking behavior at Garcelle Beauvais‘ birthday party during last week’s episode of The Real Housewives of Beverly Hills — but her flirty antics with Garcelle’s oldest son, Oliver Saunders, were just the tip of the iceberg.

In a sneak peek at this week’s episode, Erika is seen cussing at one of Garcelle’s youngest sons, 14-year-old Jax (Garcelle is also mom to his twin brother Jaid) as he attempted to gather one of her birthday floral arrangements with the help of Crystal Kung-Minkoff.

In her confessional, Dorit Kemsley, who was seated beside Erika amid the drama, tells cameras, “Oh my God, oh my God. I know Erika’s drunk and I know she’s joking around but that’s Garcelle’s son. He’s 14 years old. I feel sick to my stomach.”

Meanwhile, back in the scene, after Dorit tells Erika, “He’s getting the flowers for his mama,” Jax explains what went down to Garcelle.

“I just got violated for grabbing flowers. When I grabbed the flowers, she was like, ‘What are you doing here? Get the f-ck out of here.’ I was like, ‘Damn,’” he shares.

“Erika said that to you? Are you okay?” Garcelle responds.

After learning how her castmate Erika behaved toward her son, Garcelle approaches Erika with a stern message.

“Erika, you hurt Jax’s feelings. Don’t talk to him like that. You said, ‘Get the f-ck out of here.’ That’s not okay,” she states.

Later, in a confessional of her own, Garcelle says, “How many other family members of mine is she going to go after tonight? First Oliver, now Jax? She’s done.”

Also in the RHOBH sneak peek, Erika is seen continuing to flirt with Oliver.

“Oh my God, he f-cking shot me down,” she tells Dorit as Oliver gets up to leave.

Erika then signals that she’ll be watching Oliver as he replies, “I know.”