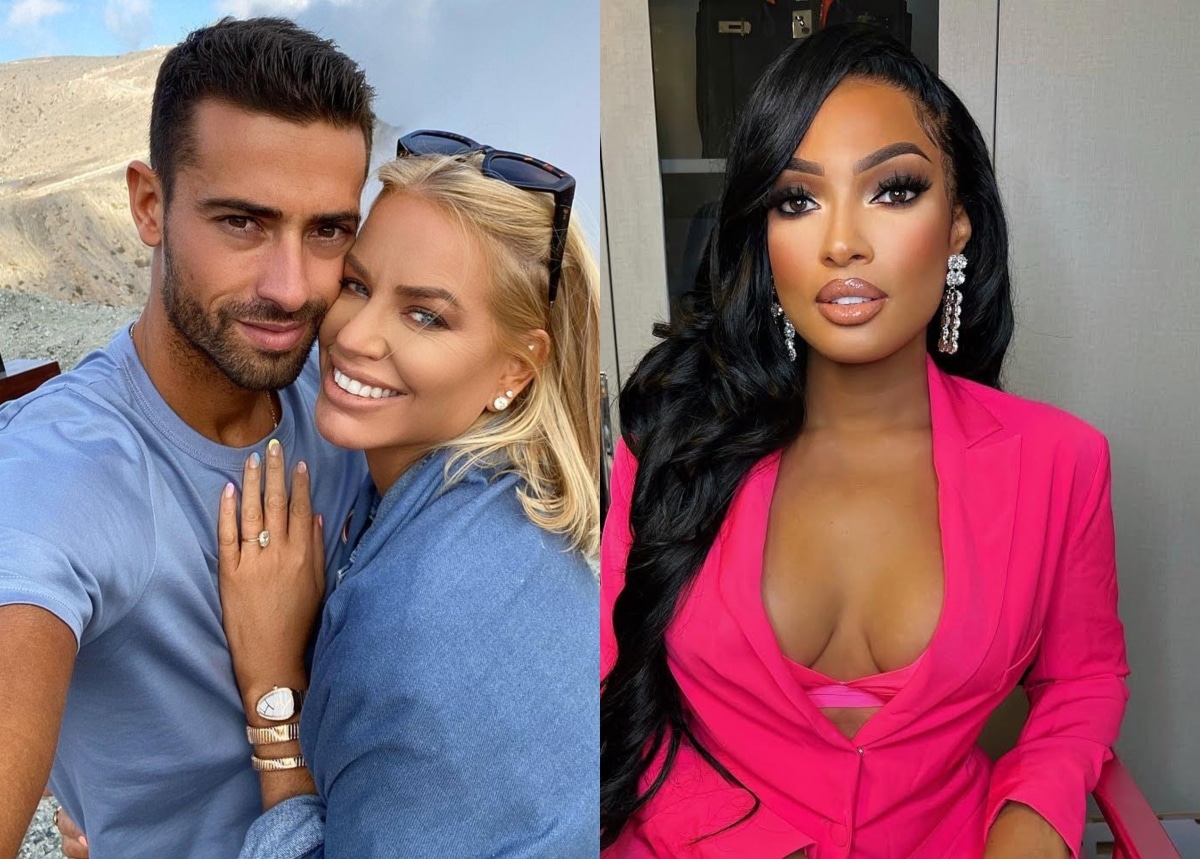 Following Thursday’s new episode of The Real Housewives of Dubai, Sergio targeted the success of Lesa’s collection, and he also alleged that one of his and Caroline’s friends had funded the supposed eight-figure company.

“I am looking for some maternity clothes… Oh, I know the biggest in the world.. started by Mina.. And … again they got called in a lie,” Sergio tweeted on July 8. “Actually our friend funded your ‘8 figures’ [business].”

Sergio also said Lesa’s brand was “not even ranked” as he provided a screenshot of a search for popular maternity brands — and Lesa was quick to clap back.

“Sergio! Happy to send you some maternity and post pregnancy wear if/ when your new baby comes! We know you’ll be the one wearing it,” Lesa responded.

Caroline also got in on the action, doubling down on what Sergio had said about their friend allegedly funding Lesa’s business.

“When my company was doing 8 figures we had over 60 employees factories distribution and investors not just me and one assistant… I also know the guy who started it with them very well,” Caroline wrote.

But, according to Lesa, she has no partners.

“My company made its first million (dollars not dirhams in 2016), we ship from a warehouse, have over 25 staff directly employed by Mina Roe. No one started this company with us and we don’t have any partners- built from ground up on our own!” Lesa clarified. 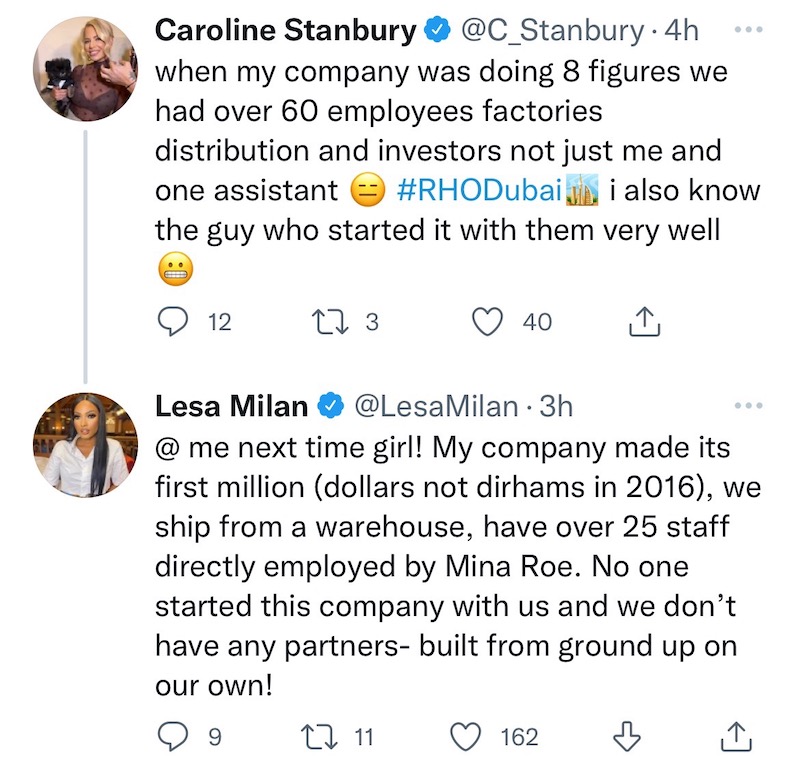 In another tweet, Lesa suggested Sergio and Caroline‘s claims were nothing more than a publicity stunt before suggesting that Caroline was an over-drinker.

“Where was this energy 5 days ago when they watched the episode – publicity stunt? Or she must be drunk … again!” Lesa proclaimed. 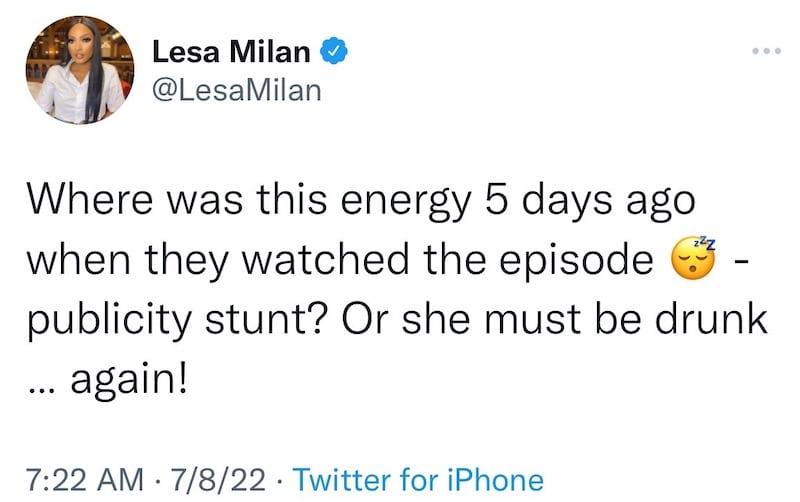 Sergio then shared a message and meme in which he suggested Lesa was acting out of jealousy.

“Me and my ’50 years old influencer’ are the strongest and happiest we’ve been. So good luck trying to destroy us. My honey, my forever,” Sergio tweeted. 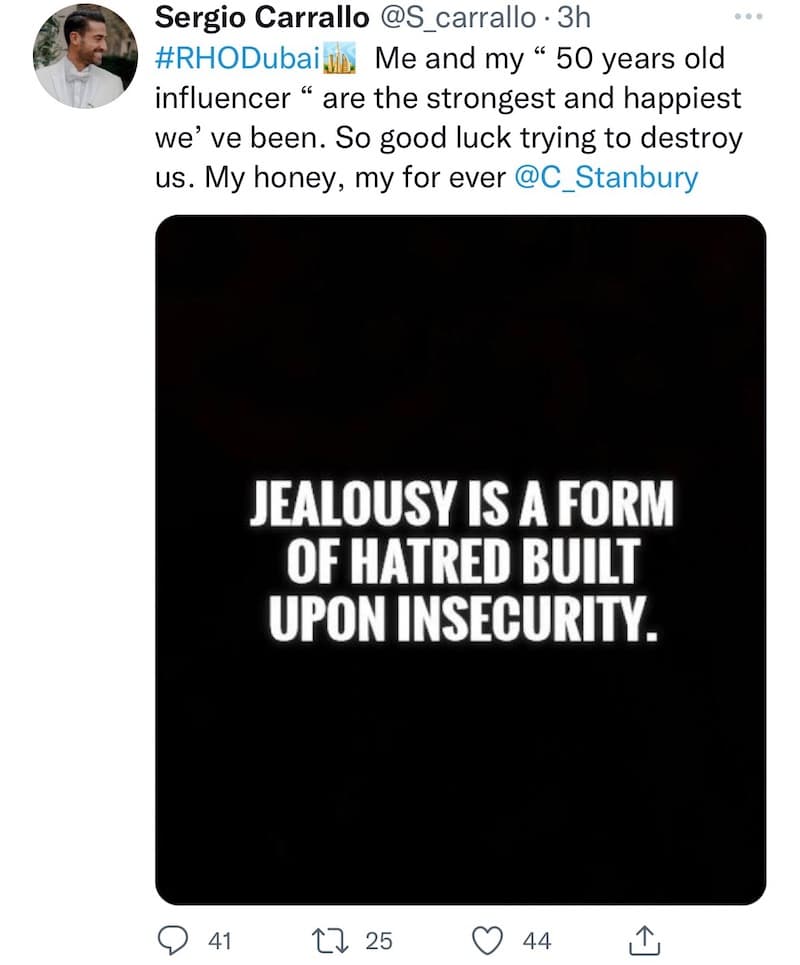