Vanderpump Rules Star Scheana Shay Reacts to BravoCon Snub, Fires Back at Claims of Having No “Real Storyline” 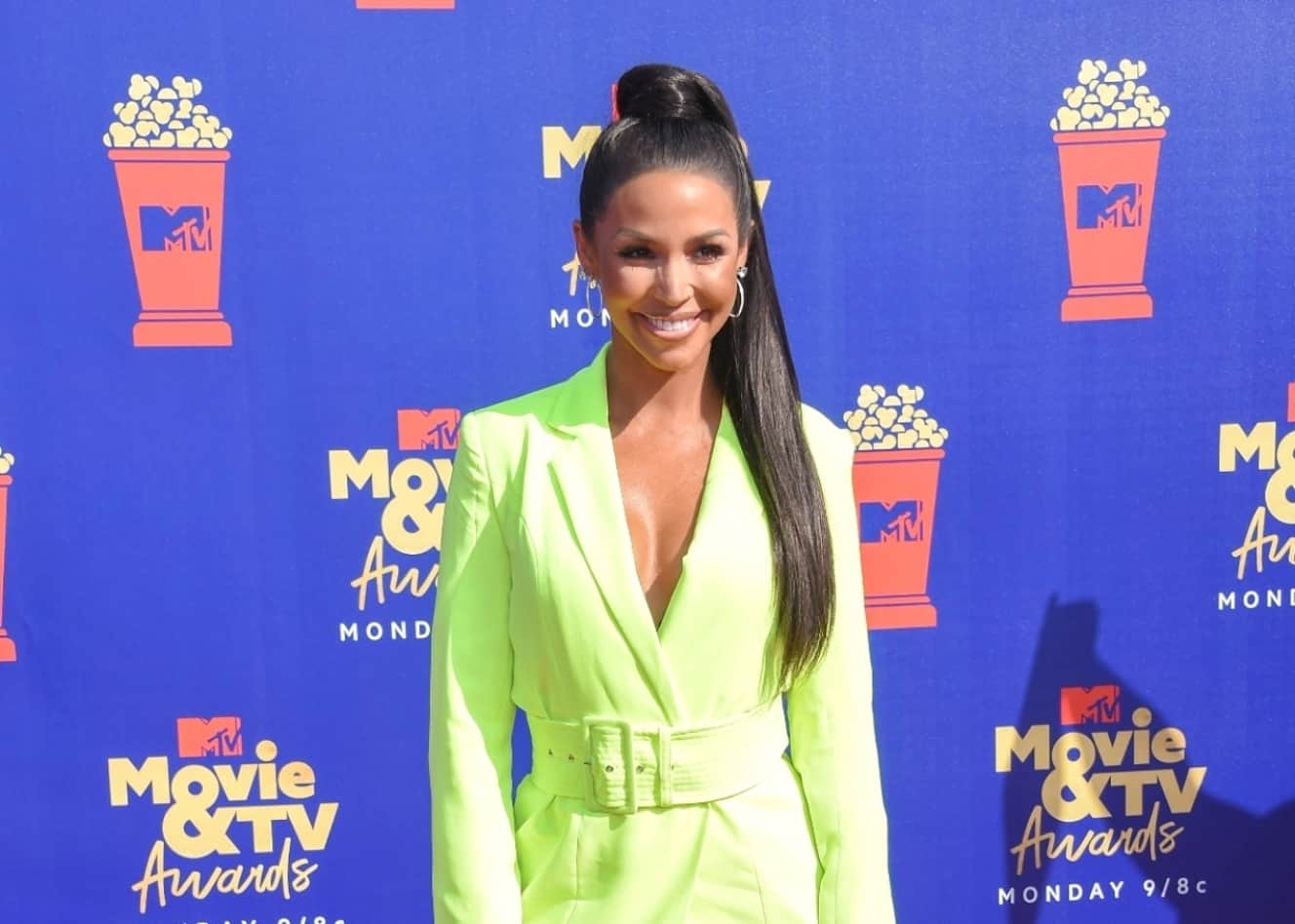 Scheana Shay is speaking out after she and a number of other Vanderpump Rules cast members were noticeably left out of the lineup for BravoCon 2022.

In a series of posts shared to her Twitter page. Scheana reacted to the shocking snub as fans spoke out on her behalf and defended herself against an online critic, who suggested that she hasn’t had a “real storyline” on Pump Rules “in years” and shaded her divorce from Mike Shay as “weird and fake.”

And in response, Scheana shared three shrugging emoji, seemingly confirming that the BravoCon snub came as a surprise. 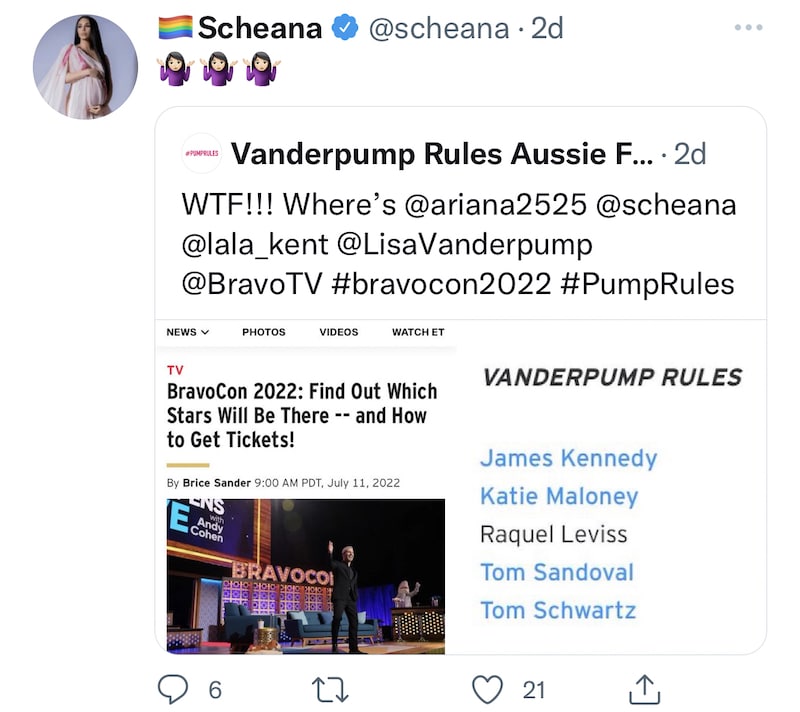 Scheana also reacted to the snub, via re-tweet, sharing a message from a fan who pointed out that she started the show and is the reason the series continues to air.

“I mean… You started the show and are the reason there IS a show. Why you aren’t on the current list is BEYOND me. Maybe [Bravo] is following the golden rule of saving the best for last?!” the message read. 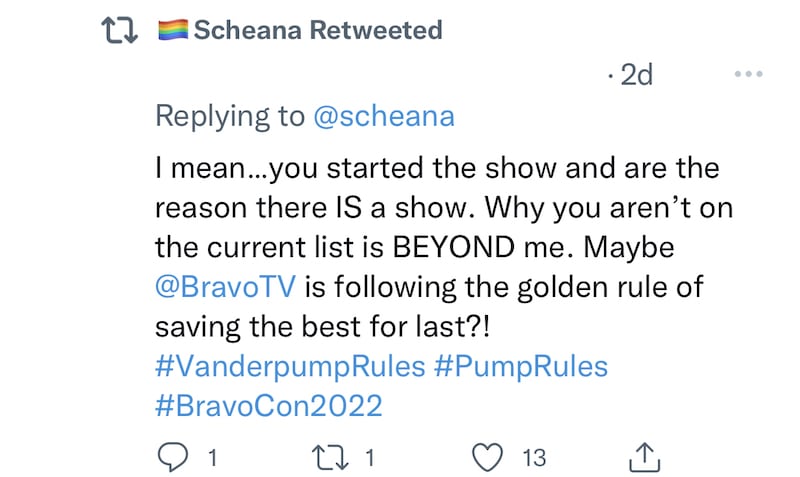 But one fan didn’t agree, suggesting that Scheana is no  longer a key part of the series.

“IS the show? Scheana hasn’t had a real storyline in years. Even her divorce felt weird and fake,” the person stated, giving a nod to her split from Mike years ago.

Right away, Scheana fired back at the critic, giving a nod to the 2021 arrival of her daughter Summer Moon.

“I guess I didn’t REALLY become a mom either, huh?” Scheana replied, along with a face-palm emoji. 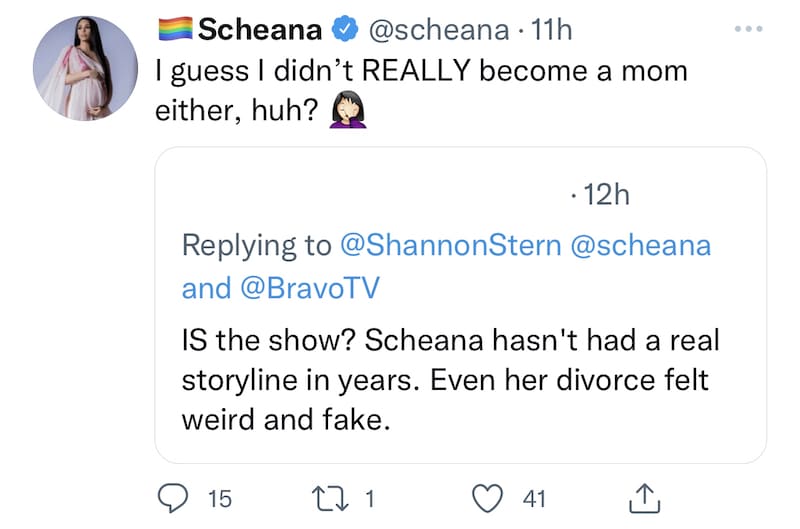 As fans will recall, Scheana welcomed her daughter Summer with fiancé Brock Davies in April of last year. And months later, the two of them became engaged.

Vanderpump Rules season 10 is currently in production and expected to premiere on Bravo sometime later this year or early next year.