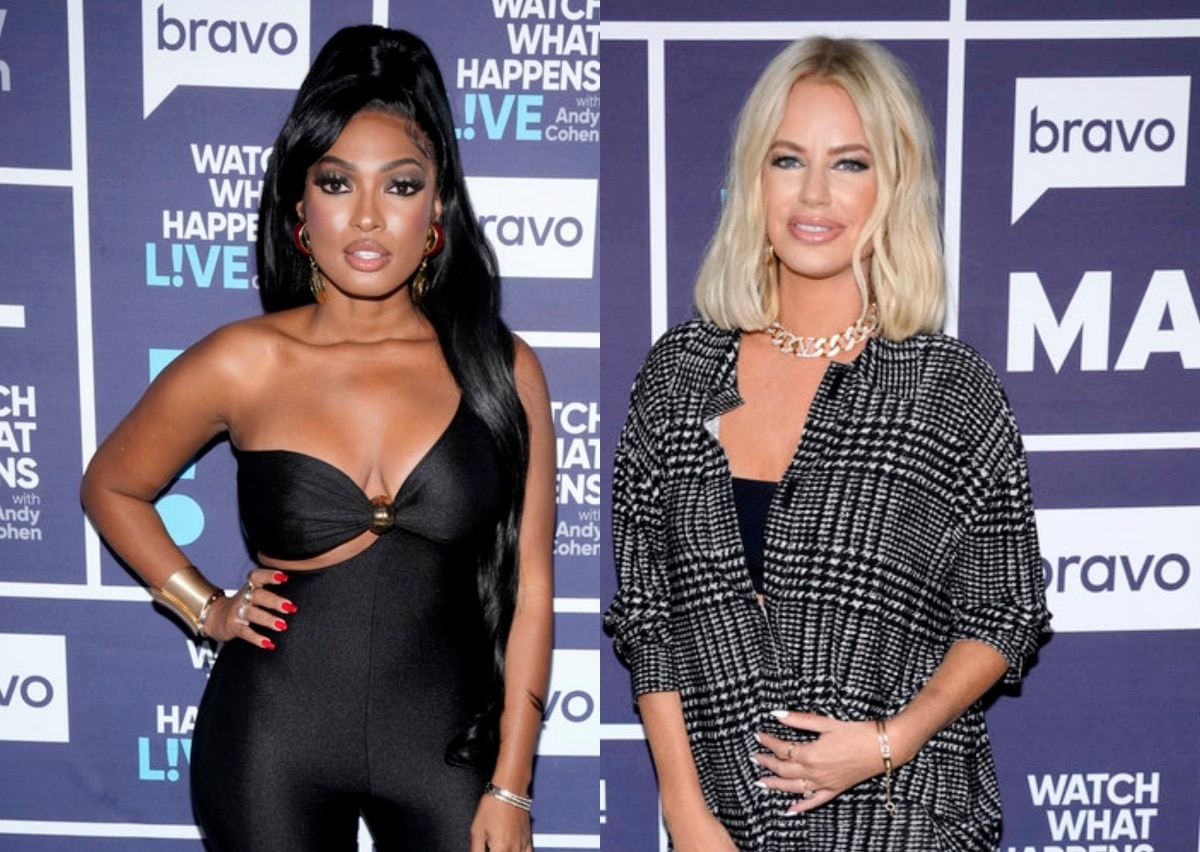 Following a Twitter feud earlier this month, during which Stanbury’s husband, Sergio Carrallo, shaded her maternity line’s popularity as she claimed Lesa’s business was funded by their friend, Lesa said her Real Housewives of Dubai castmate’s business was in “bankruptcy” while also discussing her engagement party and marriage.

“That’s coming from someone with a business that is in bankruptcy. And she is a 50-year-old influencer so I don’t feel like whatever her opinion is really matters,” Lesa confirmed of Stanbury’s past shade on the July 21 episode of the WWHL: After Show.

With the reunion looming, Lesa shocked host Andy Cohen when she said she was “really excited” for the taping.

“I’m gonna use it as a therapy session because I feel like our friend group, we need a lot of therapy and a lot of fixing,” she explained.

“That is how Cynthia Bailey approached it every season,” Andy replied, giving a nod to the former Real Housewives of Atlanta star. “She was one of the few housewives who actually looked forward to [it].”

During the live broadcast of WWHL, Lesa answered a question about The Real Housewives of Beverly Hills as Andy asked if she would have confronted Erika Jayne in regard to her treatment of Garcelle Beauvais’ sons, one of whom she cussed at and another who she hit on, had she been on the cast.

“It’s actually really good to see her let her hair down but absolutely I would confront her, 100 percent,” Lesa shared.

As for the things she heard about Stanbury, Lesa confirmed she heard “a lot of things” before giving a nod to Nina Ali‘s recent appearance on WWHL, where she claimed she didn’t say half the things Lesa accused her of saying about their RHODubai co-star.

“That’s what reunion’s for. We drop the receipts. ‘Ghetto ratchet,’ those are my words, but ‘trashy,’ it means the same thing. [And] she said more than that,” Lesa revealed.

Also on the WWHL: After Show, Lesa said her clothing brand, Mina Roe, despite Stanbury and Sergio’s comments, is thriving.

“Well Beyonce wore my stuff twice, and we know the Beyonce effect. But there is a Bravo effect. It’s been amazing, it’s been super positive so I think CFO [Richard Hall] is very happy.”

While answering questions on the late-night talk show, Lesa admitted she “thought it was fitting” that Chanel Ayan compared Caroline Brooks to a hyena and reacted to Sara Al Madani shading Brooks’ parenting.

“I am a mom so I know it’s off-limits to judge moms but at the same time, I feel like the other one overreacted so I’m on nobody’s side. I think they were both in the wrong,” she admitted on the live show.

Lesa then answered a question about who wore a better dress to Stanbury’s engagement party.

“Definitely Ayan,” she replied of her castmates, who wore a bridal gown to the event. “I mean, if you’re going to have Ayan at your bachelor party or whatever, you gotta bring it.”

Also on the show, Lesa and her fellow guest, Sutton Stracke, were asked if they felt Stanbury’s marriage to Sergio would last.

“I hope so. I wish them all the best and I hope it lasts. I love love so,” Lesa replied.