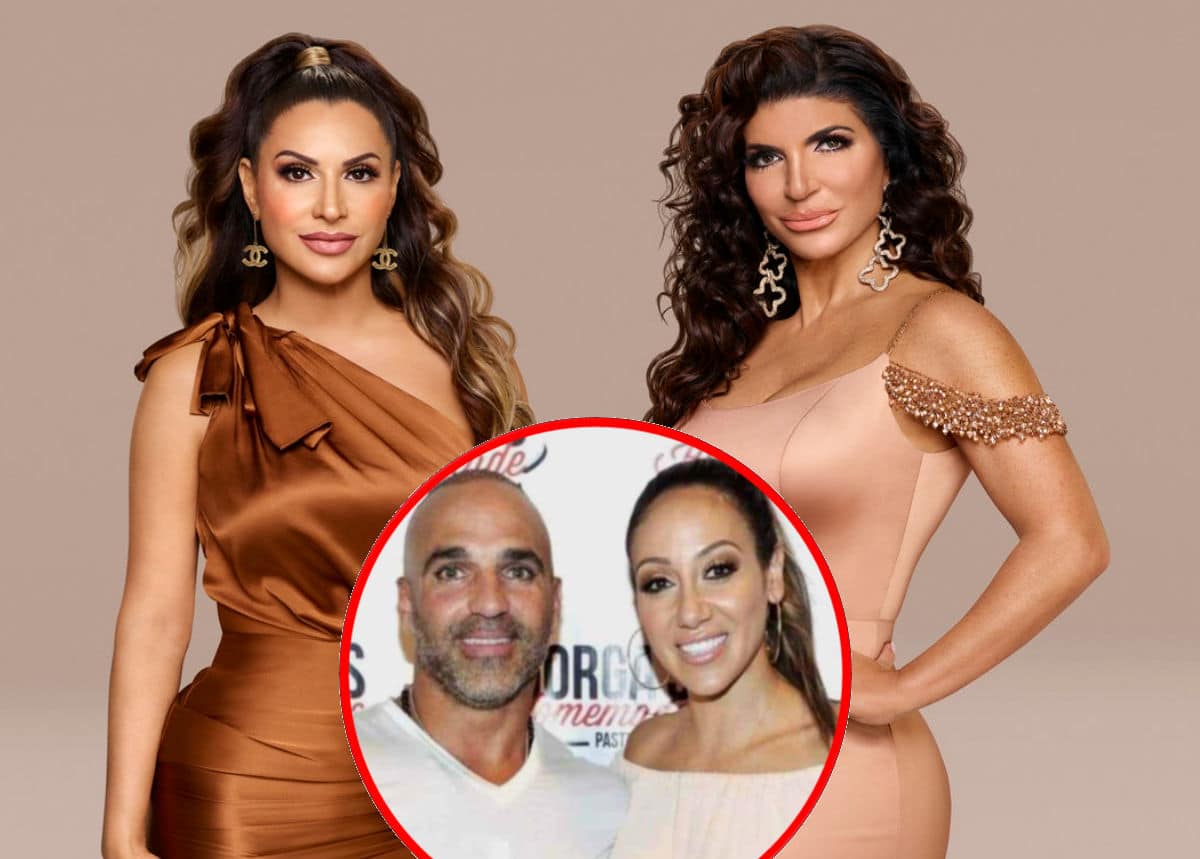 Jennifer Aydin is speaking out against claims suggesting Teresa Giudice billed Joe Gorga and Melissa Gorga for their wedding meals — even though they didn’t attend her nuptials on Saturday.

After a report alleged that the newly married Real Housewives of New Jersey star wanted to make her brother and sister-in-law pay for their “rude” last-minute cancellation, Jennifer, who was featured as a bridesmaid in the wedding, took to her Twitter page to set the record straight.

“I just saw some wackadoo [fake news] and Teresa and [Luis Ruelas] would NEVER be so petty,” Jennifer tweeted on August 8.

Then, after a fan told someone else that Teresa had allegedly billed Joe and Melissa “for skipping the wedding,” noting that the supposed behavior was “just ridiculous,” Jennifer further denied the rumor.

“This is absolutely not true!” she insisted. “If there was a such a ‘bill,’ it would’ve been posted already. Trust and believe.” 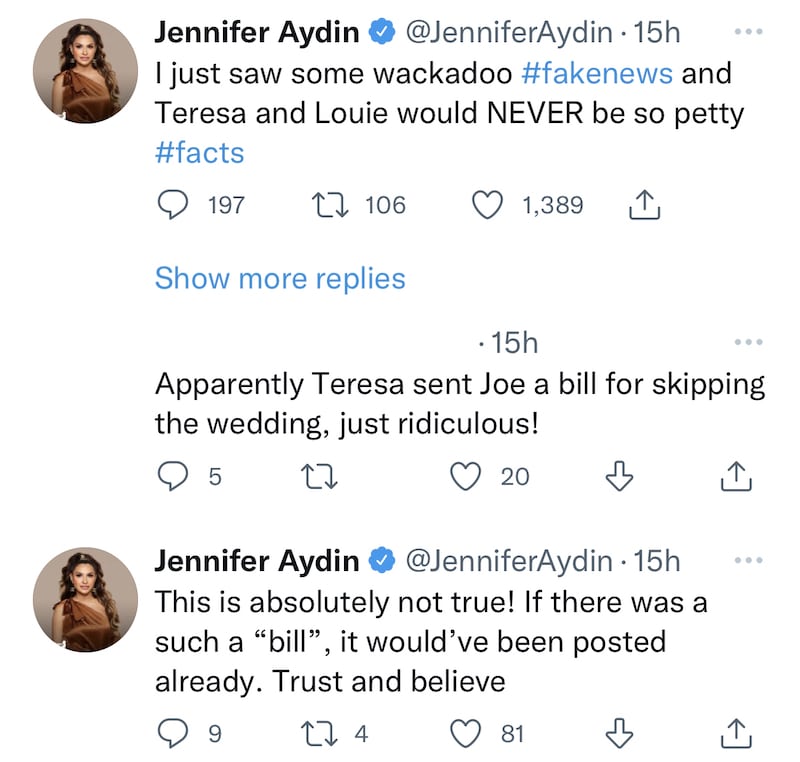 But someone else pointed out that Teresa had been petty in the past, giving a nod to the story Teresa told amid RHONJ season four, which featured her throwing out an assortment of sprinkle cookies Melissa brought to her home for a Christmas celebration.

“Teresa threw sprinkle cookies in the bin, she would absolutely be that petty,” the person stated.

Still, Jennifer took the side of her friend, saying she would’ve done the same.

“That’s not petty- that’s being honest! I throw away things I don’t like either,” Jennifer replied, along with an eye-roll emoji. 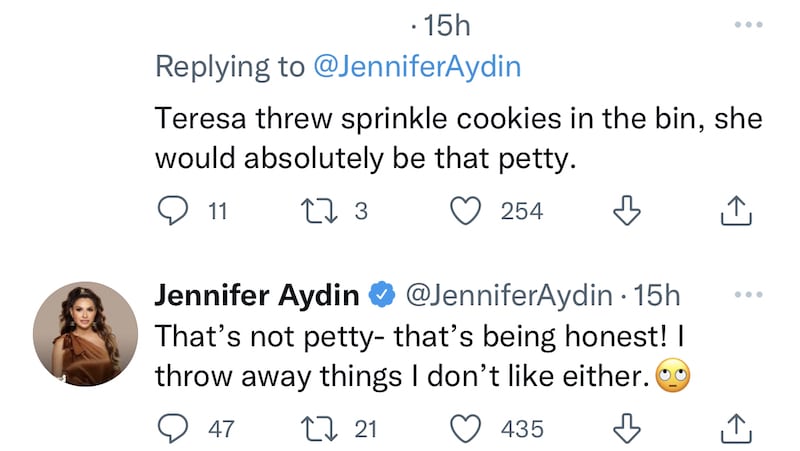 Earlier this week, just days after Teresa and Luis said, “I do,” at the Park Chateau Estate in New Jersey, an insider claimed Teresa sent Joe and Melissa a wedding bill.

“Joe and Melissa had both RSVPed ‘Yes.’ They had both selected what they were going to eat but then dropped out a few days before. Teresa had paid for them and now she wants her money back,” a source told Radar Online on August 8. “Meals at Park Chateau Estates and Gardens are not cheap. It’s rude to say ‘yes,’ and then change your mind in the 11th hour. This stuff isn’t refundable. Teresa got stuck with the check and to make matters worse, Joe and Melissa didn’t even send her a gift.”

As RHONJ fans have surely heard, Joe and Melissa were reportedly planning on attending the wedding until Thursday, when the couple had an alleged blowout with Teresa and Luis over “false rumors” about their marriage.

“Teresa betrayed them in a way that’s unforgivable,” a source told PEOPLE on Sunday. “They’re not going to celebrate Teresa’s new marriage when all she does is try to tear apart theirs.”

The Real Housewives of New Jersey season 13 is expected to return to Bravo later this year or early next year.