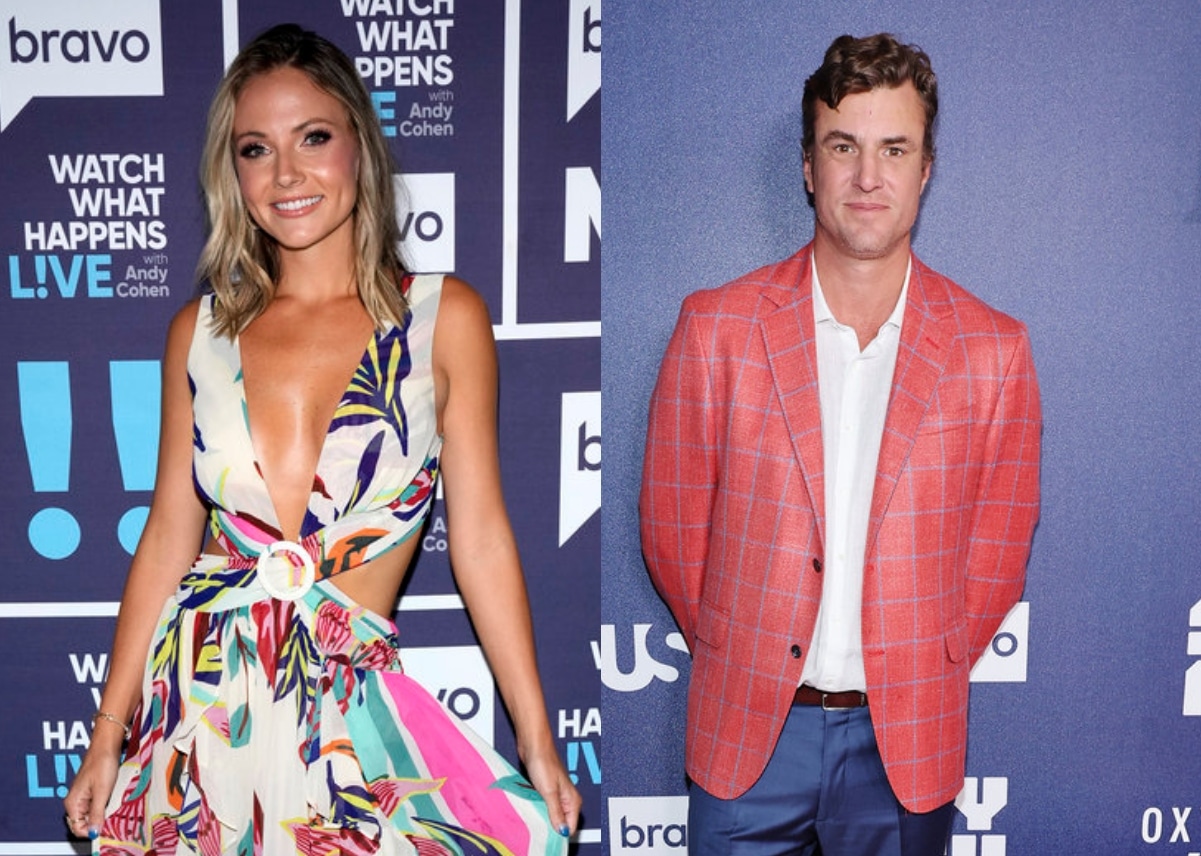 Taylor Ann Green opened up about her split from Shep Rose on Thursday’s Watch What Happens Live.

Weeks after the breakup was first reported, the Southern Charm cast member, who encouraged Andy Cohen to set her up with Vanderpump Rules‘ Tom Schwartz amid the broadcast, answered questions about Shep’s stance on marriage, what led up to their split, and whether or not they’ve started dating since parting ways.

“It’s honestly confusing because he comes from a background of very stable relationships. His whole family and his friends, childhood friends. So I don’t understand where the disconnect there is between that and his brain,” Taylor said on the August 11 episode of WWHL.

Although Taylor pointed out that neither she nor Shep expected their relationship to get as serious as it did, explaining that they started off having fun, she admitted that she was “probably not” clear about her hopes for their future once it did.

“Neither one of us was expecting it to be as serious as it got…. Two and a half years. That’s a long time in the Shep World,” she noted.

And after confirming she’s had her own place for the entirety of her relationship with Shep and revealing that the news of their split came out “a few weeks before we actually officially made things.. separate,” she admitted that she hasn’t had much contact with Shep since.

“He wants to be [cordial] but that’s having his cake and eating it too, so no,” she told Andy of staying in touch. “I’m not about that — not for right now, at least.”

As Southern Charm season eight continues to air, fans will certainly get more answers about what led to the end of Taylor and Shep’s romance. But, according to Taylor, recent reports about the catalyst aren’t true.

“What’s being portrayed is not the stick that broke the camel’s back, but I think that everything that’s showing nine months later [on Southern Charm], that’s proving to be true, that that’s the way he still thinks,” Taylor explained, giving a nod to the comments Shep has made about his hesitancy to get married.

Taylor may have been with Shep for over two years, only to decide that they may not have a future, but that doesn’t mean she feels she’s wasted her time. In fact, she had all good things to say about their relationship.

“Time and energy is definitely something that can be wasted, but the time that I spent with him, definitely not wasted,” she clarified. “It was pure joy, bliss, and everything I could’ve imagined.”

As for Craig Conover‘s suggestion that Shep had been cheating on her whenever she left town, Taylor didn’t seem convinced.

“Craig is an embellished, so he definitely embellishes the truth a lot,” she noted, before later suggesting she wasn’t completely convinced that Shep cheated just once.

“I think you can ask him that question in a month, Andy. I probably would have to assume that,” Taylor stated, saying that she knows one of Shep’s former flames.

“And she’s great. She’s sweet. But for as small of a town as it is, I don’t think I’ve run into any others,” she said.

As for where they stand today, Taylor said she isn’t yet dating, despite her interest in Tom, and said she’s “pretty sure” Shep isn’t either. And when Andy questioned her about which of Shep’s friends she’d date if she had to pick one, she admitted Austen Kroll would be her guy.

“I always say [Whitney Sudler-Smith] just because it’s funny, but Whitney’s just an older version of Shep. If I had to choose, it probably would be Austen,” she shared.

Later on the show, after asking if she believes Shep will eventually want to get married, Taylor said, “Yeah, absolutely.”

Then, she was asked where she stands with Kathryn Dennis.

“Kathryn’s great. We don’t really have that much of a relationship. She’s kind of notorious for being a little flaky so the times that we’ve reached out, she doesn’t really follow up or anything like that, but no, she’s really sweet,” Taylor insisted. “She’s great.”