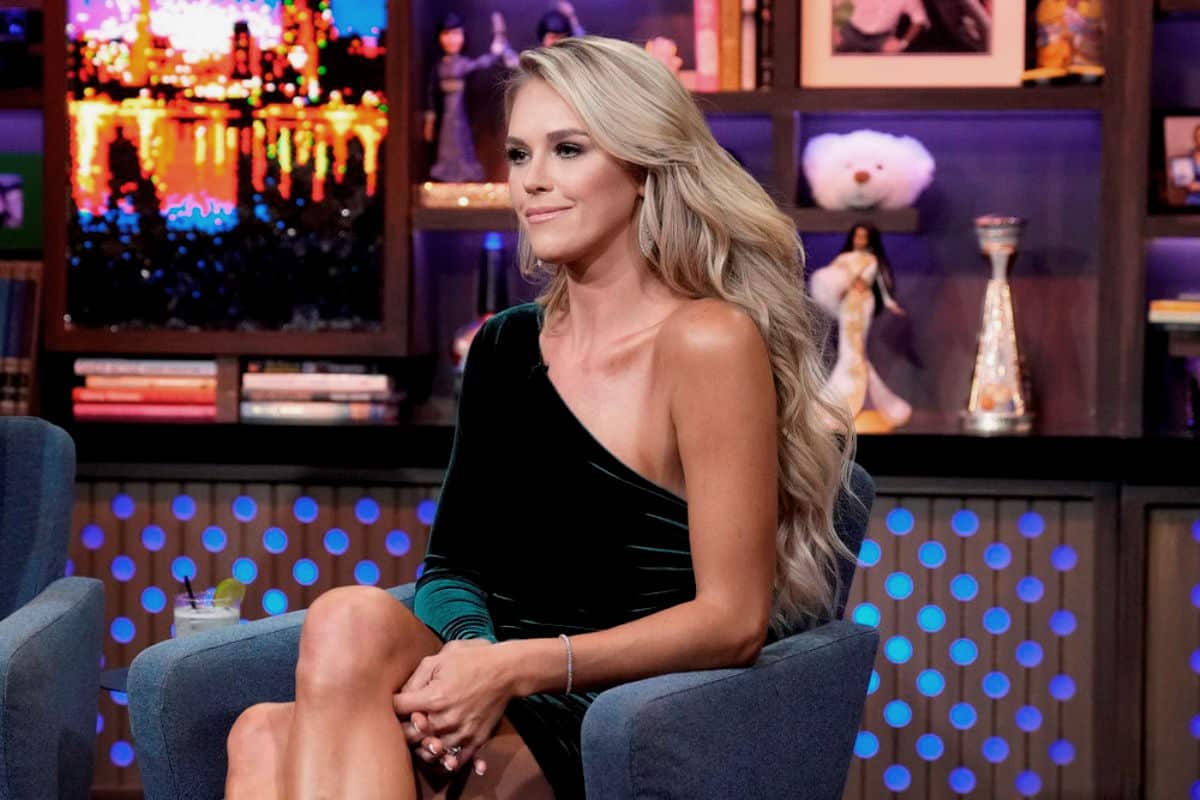 Months after the couple was first linked following a pizza date on Valentine’s Day, the Southern Charm cast member spoke of Austen’s controversial moments on Summer House, including his love triangle with Lindsay Hubbard and Ciara Miller, before opening up about her relationship with Madison LeCroy and the recent split between Shep Rose and Taylor Ann Green.

On the August 4 episode of WWHL, while playing a game of “Can You Defend?,” Olivia first defended Austen against Alex Wach by suggesting he was the Honda Civic of attractiveness.

“Austen is the Range Rover. He’s no Honda,” she clarified.

She also defended him against Craig Conover, who told Kathryn Dennis about his hookup with Naomie Olindo, saying, “It’s his boyfriend. He wants to hear that information first. I defend him on that.”

As for Austen making out with Lindsay amid his love triangle with Ciara on Summer House, Olivia said she “didn’t see anything wrong with that” before confirming she “didn’t watch” the show.

“To me, he went to the Hamptons as a single boy having fun. He made that clear to everyone,” she noted.

And regarding her beau’s hookup with Lindsay in New York, which came amid a “gray area” with Madison years ago, Olivia said, “I would’ve done the same thing.”

As the episode continued, Olivia further discussed Madison, first reacting to Austen suggesting he didn’t want her to be friends with his former girlfriend.

“I didn’t like that,” Olivia admitted. “I wanted to have my opinion with that so that was kinda an issue for me but now I’m glad because she’s not someone I’ll be friends with.”

Prior to her relationship with Austen, Olivia said she had seen Southern Charm and noted that she was “warned by everyone” about dating him. However, while many have suggested Austen is obsessed with ex Madison, who recently shaded her as “homely,” Olivia said there’s “zero” truth to the idea.

When Olivia was then asked about why she invited Madison to her oyster roast, she said that while it was “not important to have a friendship with her,” their previous interactions had been “pleasant.”

“I had no reason to not invite her in and I didn’t want [Austen’s] opinions of her to have anything to do with what I thought of her,” she explained.

As for Shep and Taylor, Olivia said their reported split “started out as a break.”

“I think he’s got some things to figure out and he knows that and it’s not really fair to keep on her on hold while he does that. So I’m happy they’re taking the time but nothing’s permanent. We’ll see how it goes,” she shared.

Later, on the WWHL: After Show, after a virtual fan asked Olivia how she felt when Austen compared Madison to Medusa as she attempted to establish a friendship with her, Olivia clarified the situation.

“I’m not trying to be friends with her but that… [was] petty,” she stated.