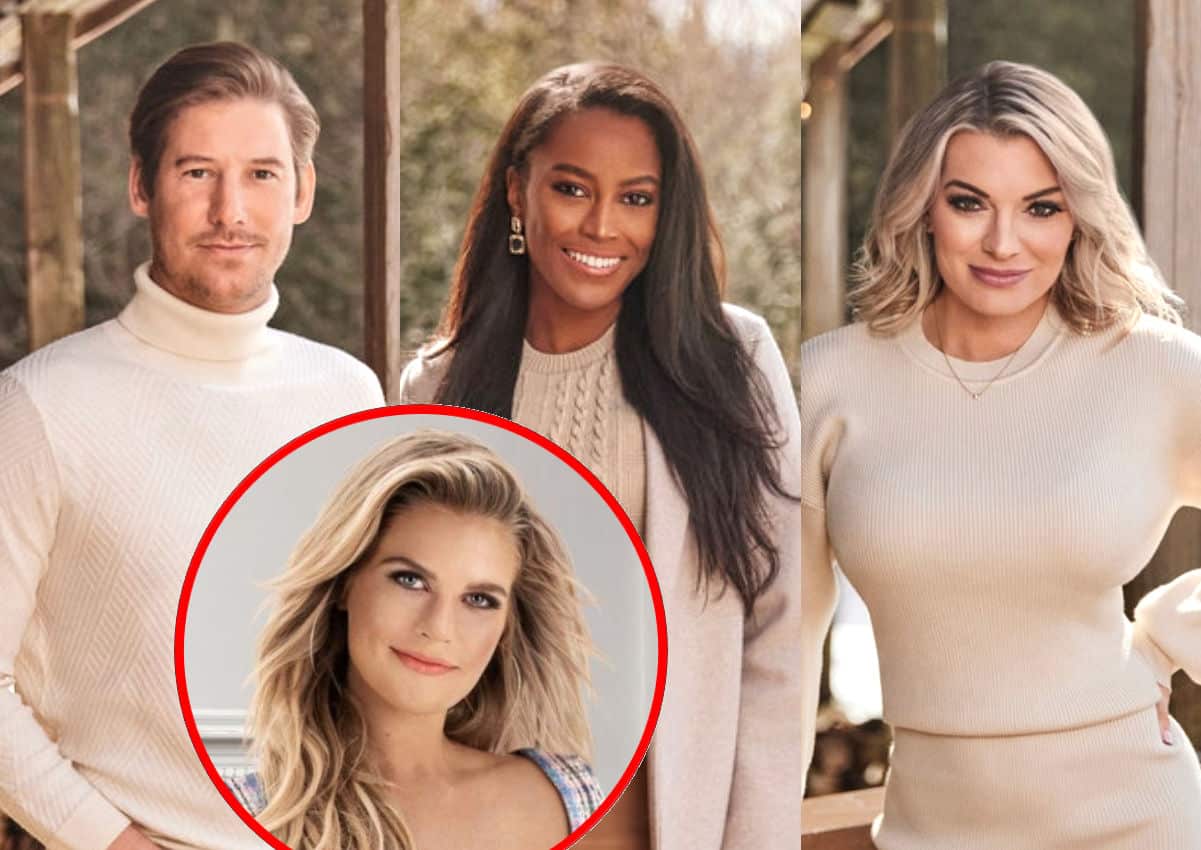 All the Bravolebrities have been making the rounds for NBC Universal’s upfront presentation, including Southern Charm star Austen Kroll. In a new interview, Austen is seemingly taking what little responsibility he feels he needs to regarding the mess of a love triangle he made between himself and Summer House stars Lindsay Hubbard and Ciara Miller.

Austen engaged in a relationship with both Ciara and Lindsay after filming Bravo’s Winter House together, and he is now looking back on the situation and is revealing where he stands with the ladies today.

Speaking to Bravo’s Daily Dish at the event on May 16, Austen said, “All that I can do is look back, and hopefully do better.”

“This past summer, I was single, officially, for like the first time,” Austen said, before adding that he shouldn’t have been so selfish and should have taken Ciara and Lindsay’s feelings into account. After all, it was mainly because of him that the infamous Summer House “Wine Fight” came into existence.

“I was selfish,” Austen admitted. “I understand that my selfishness hurt other people’s feelings and so all I can do is try and do better, you know, learn and grow, of course.”

As for where the three stand today? Austen said that he’s spoken to both Ciara and Lindsay about their situation and how it transpired, saying that he is “currently friends with them.”

Unfortunately, Austen and his Summer Charm co-star, Shep Rose, can’t quite keep their frat-boy sense of humor under control. While speaking at the same NBC Universal event, Austen and Shep couldn’t help but poke fun at their castmate and Austen’s ex, Madison LeCroy, and her resistance to having her fiancé, Brett Randle, appear on Southern Charm.

Speaking to Us Weekly, Shep said, “Does he exist is the question. He’s a hologram.”

Austen seemingly agreed with the shade, adding, “I actually don’t even know his name.”

Austen admits that he and Madison are still a bit “frosty,” but that’s okay because Austen seems to have left all his past lady drama behind as he has moved on with Southern Charm newcomer Olivia Flowers.

“Olivia is this lovely, lovely woman who is now a cast member, which we can say. I’m just so excited for people to meet her,” Austen told the outlet, before continuing, “I’ve known her now for a year and a half. You will certainly see where it begins, then how it ends. And it certainly is some ebb and flows as I’m trying to figure it out.”

Southern Charm season eight is set to premiere on Thursday, June 23, at 9/8c on Bravo.