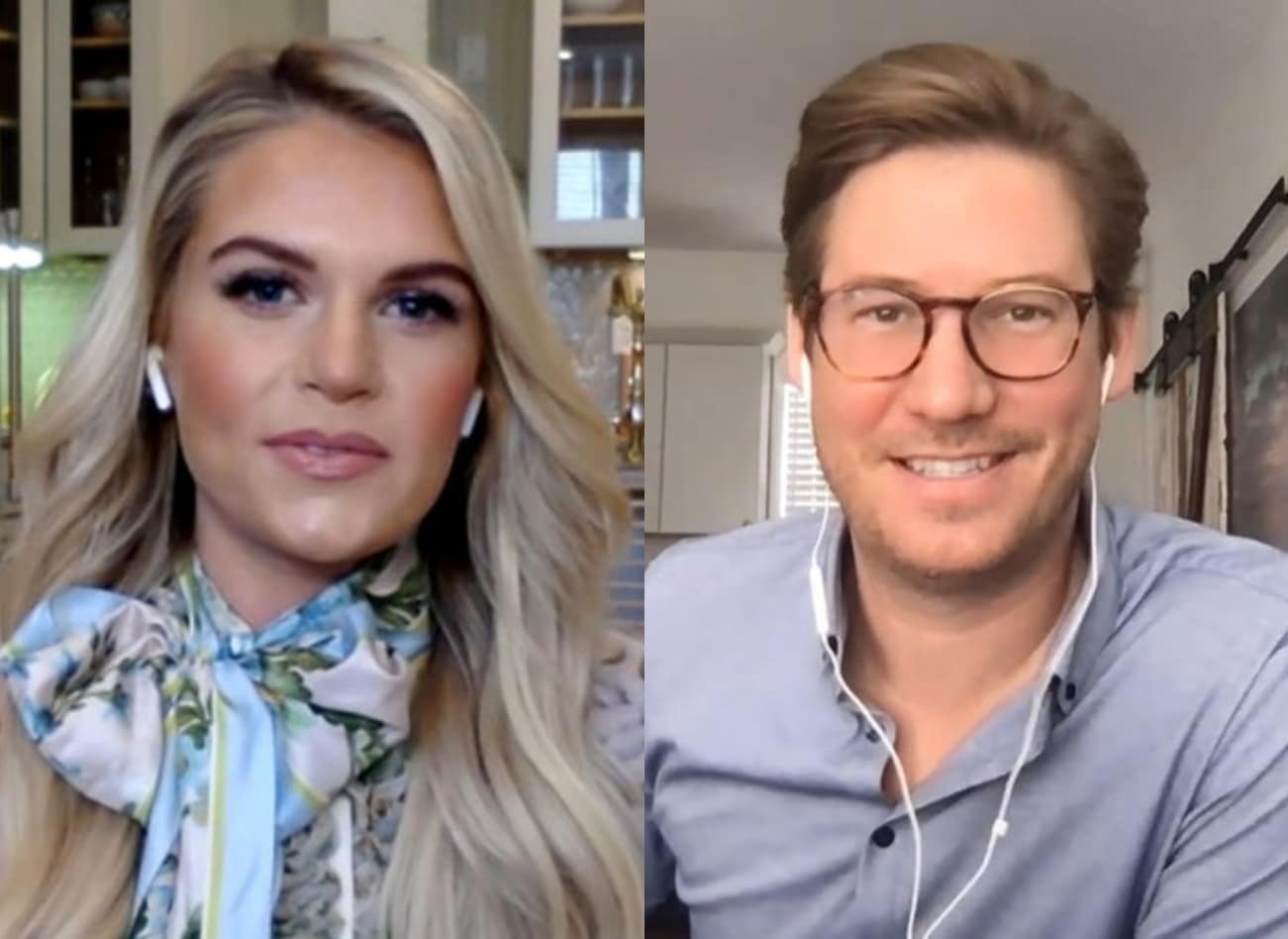 Madison LeCroy weighed in on the events of Monday night’s episode of Summer House with a telling post on her Instagram Story.

After her ex-boyfriend, Austen Kroll, was seen in the midst of a love triangle between cast members Lindsay Hubbard and Ciara Miller, the Southern Charm star took to her social media account, where she reshared a message from a fan, who suggested the drama served as “redemption” for Madison.

“Last night was a nice redemption for Madison [in my opinion],” the fan had written on Twitter on March 22.

The tweet was also posted on the Instagram Story of the Bravo Historian, along with the caption, “You guys know I’ve always stand my queen.”

Following the IG sharing, Madison reposted the messages on her own account. 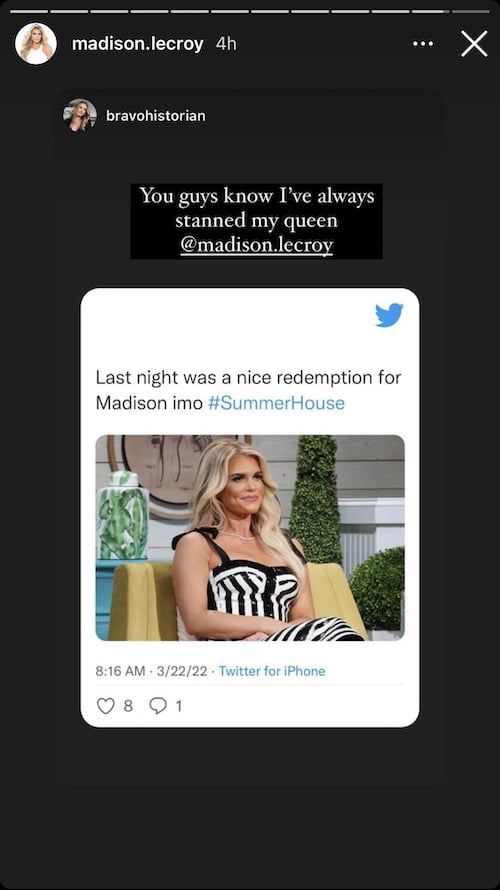 On Monday’s episode of Summer House, Austen was seen attending a birthday celebration honoring Lindsay and engaging in tons of PDA and make-outs, prompting his other recent flame, Ciara, to confront him.

“Lindsay and I will probably kiss each other on the mouth for the next f-cking 25 years, and nothing’s going to change that,” Austen brutally declared, via Us Weekly, leaving nearly the entire cast furious.

After exposing the ups and downs of their relationship throughout the sixth season of Southern Charm in 2019, Madison and Austen confirmed their split in December 2020. And less than one year later, after just seven months of dating, Madison announced she was engaged to Brett Randle.

A short time later, Austen appeared on Watch What Happens Live, where he wished her well.

“So the overwhelming thing that I’ve been thinking about is that this goes further than whatever nonsense I had going on with her for ages. She has a son so this is something that she’s about to start a new family and I wish the best for her and her new family,” Austen said, noting that he didn’t “intend” to meet Madison’s fiancé.

In her own post-engagement statement, Madison admitted her engagement to Brett would likely come as a “shock” to Austen.”

“I don’t think that the lifestyle that I want for myself and my son is something he’s really even interested [in],” she noted.

Southern Charm season eight is expected to premiere sometime in the coming months.