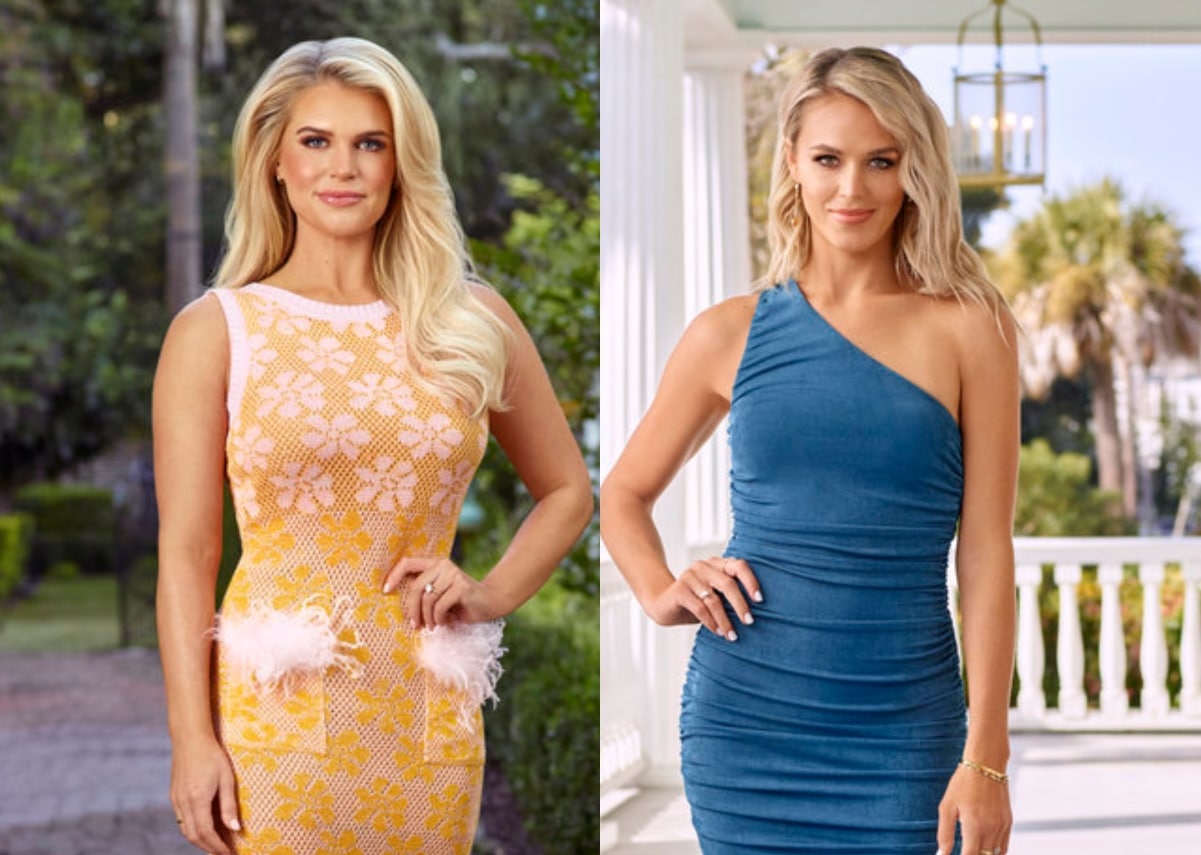 Madison LeCroy was shaded by Austen Kroll‘s new girlfriend, Olivia Flowers, on last week’s season eight premiere of Southern Charm. And following the diss, she took to her Instagram page to fire back at the series’ new cast member.

After Olivia took aim at Madison at Kathryn Dennis‘ 30th birthday party, suggesting that she didn’t want to be talking about “homegirl” while out with Austen, Madison shared a photo of herself having drinks as Olivia clapped back at her response with a social media post of her own.

“I’d rather be a homegirl than a homely girl,” Madison wrote in the caption of her June 25 photo. 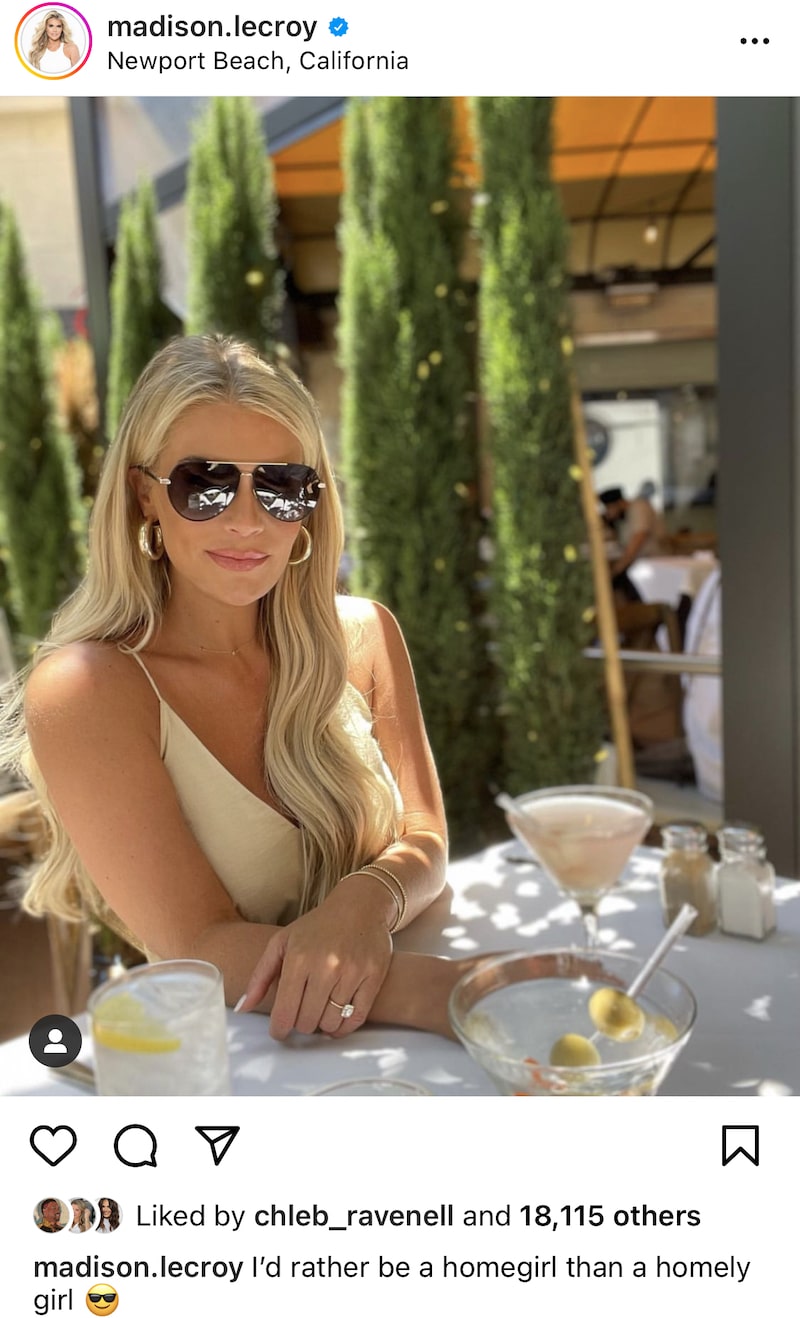 During last week’s episode, Olivia made it clear that she did not think it was appropriate that Austen brought her as his date to Kathryn’s party when he clearly had unresolved issues with Madison. And because Austen was so clearly impacted by Madison’s presence as he seemingly broke out in a sweat, she ultimately became irritated by Madison as well.

“It’s so evident that there are unprocessed things there,” Olivia said in a confessional. “We shouldn’t be going on our first date and talking about ‘homegirl.’ We shouldn’t.”

While fans will have to wait and see how Madison’s relationship with the newbie evolves as the season continues, Olivia didn’t hesitate to respond to Madison’s Instagram shade on her Story, where she told her fans and followers on Sunday that she’s not homely. 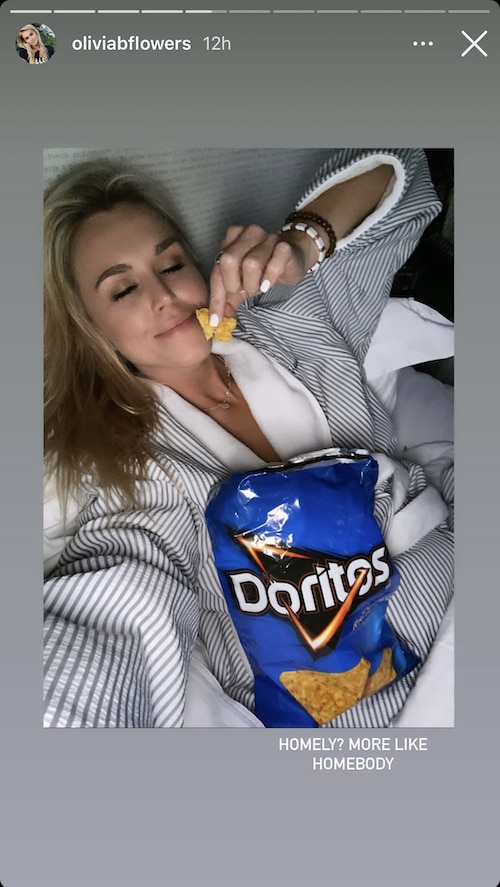 Rumors regarding Austen and Olivia’s romance first began swirling in February after the two of them shared matching heart-pizza photos on their Instagram Stories. Then, months later, in May, their relationship was confirmed with a series of cozy photos taken at a winery.

A short time after going Instagram official with Olivia, Austen spoke to Us Weekly about his new leading lady.

“Olivia is this lovely, lovely woman who is now a cast member, which we can say. I’m just so excited for people to meet her,” he gushed. “I’ve known her now for a year and a half.”