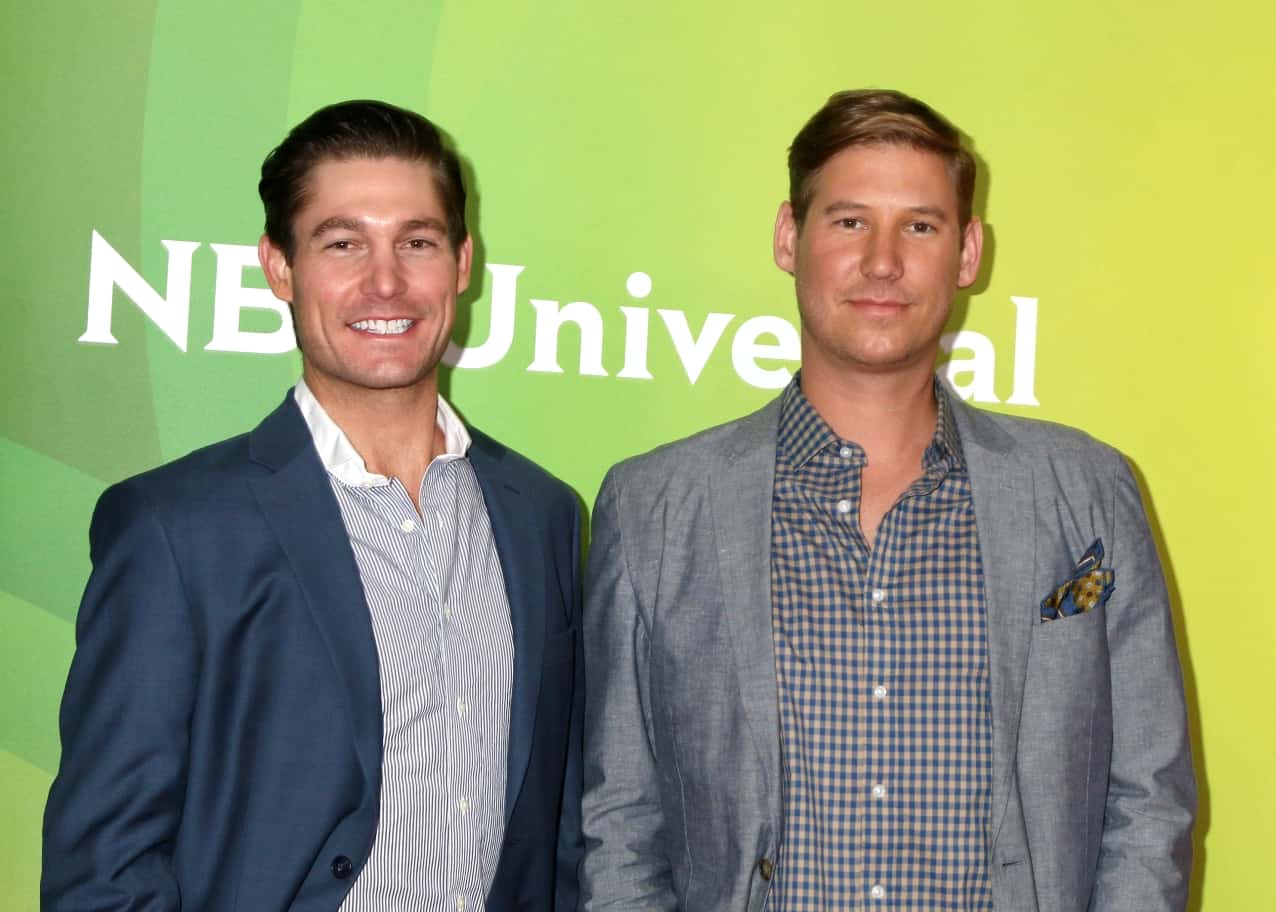 Austen Kroll and Craig Conover were seen brawling in a parking lot in the dramatic trailer for Southern Charm season eight. And, during a recent interview, Austen looked back on the tense moment with his on-again, off-again friend.

Before reacting to Alex Wach comparing his looks to that of a Honda Civic and suggesting he was the star of the Summer House reunion, Austen addressed his fight with Craig while also suspecting his castmate was hoping to see him have a “meltdown” at the news of Madison LeCroy‘s engagement to Brett Randle.

“Craig and I fight like brothers,” Austen explained to Entertainment Tonight. “It’s certainly not the first time that we’ve come to that, but brothers will wrestle — they don’t fist fight — so we’re not fist fighting. You’ll see. It was after a particularly boozy dinner, and Craig was looking for it.”

As viewers saw on a recent episode, Craig was the one who delivered the news of Madison’s engagement to Craig — and he did so with cameras rolling.

“I feel like Craig wanted me to have a meltdown or something. That’s a strange reaction to want someone to have, right?” Austen wondered, noting that Craig may have also been waiting until cameras were rolling to address their own relationship issues.

“I find out things that other people knew that I didn’t know, that normally he would tell me. I was, like, sad face,” Austen admitted of his recent estrangement from Craig, who failed to confront him about the issues he was having. “That’s the first time that I heard about this was through press and I’m like, ‘See, I shouldn’t be hearing things that you feel about me, Craig, through press, just call me.'”

While Austen certainly experienced some rocky points on the show, fans have also been seeing his new relationship with Olivia Flowers, which he has not yet labeled.

“I just can’t say enough kind things about her or good things about her,” he gushed. “I think that she and [Shep Rose’s girlfriend, Taylor Ann Green] bring this certain charm back to the show that we were missing since [Cameran Eubanks and Chelsea Meissner] left. They’re just sweet… [and] opinionated. [They] certainly enhance my life.”

Olivia is so opinionated that she actually goes to bat with Madison.

“I think it’s a buildup of things,” Austen teased of the ladies’ encounter. “Maybe there’s a conversation that needs to happen that they finally get to have.”

Moving on to his time on Summer House, which came with plenty of backlash due to his love triangle with Lindsay Hubbard and Ciara Miller, Austen said he “came in like a wrecking ball” before noting that he was fresh off the season seven reunion of Southern Charm, during which his ex-girlfriend was accused of having an affair with Alex “A-Rod” Rodriguez, who was engaged to Jennifer “J-Lo” Lopez at the time (Madison later clarified that their relationship was phone-based and that they’d never actually met).

Looking back, Austen said that one of his “biggest regrets” from the season was that he didn’t get to make amends.

“I don’t get [to do confessional interviews for Summer House]. I don’t get to talk to them again. I didn’t go to the reunion. There’s just so many components to that,” he explained, confirming he left filming on Winter House season two in a “better head space” with Ciara and Lindsay.

As for Alex’s comment about him being “the Honda Civic of male attractiveness,” Austen admitted he was amused.

“I just thought that it was the height of insecurity, to be honest… It was just a young and very insecure comment,” he stated. “I was talked about for 26 percent of their reunion, and I think that he was probably talked about for less than one. He wanted to change the narrative. It was just fine. I don’t hold any sort of animosity.”