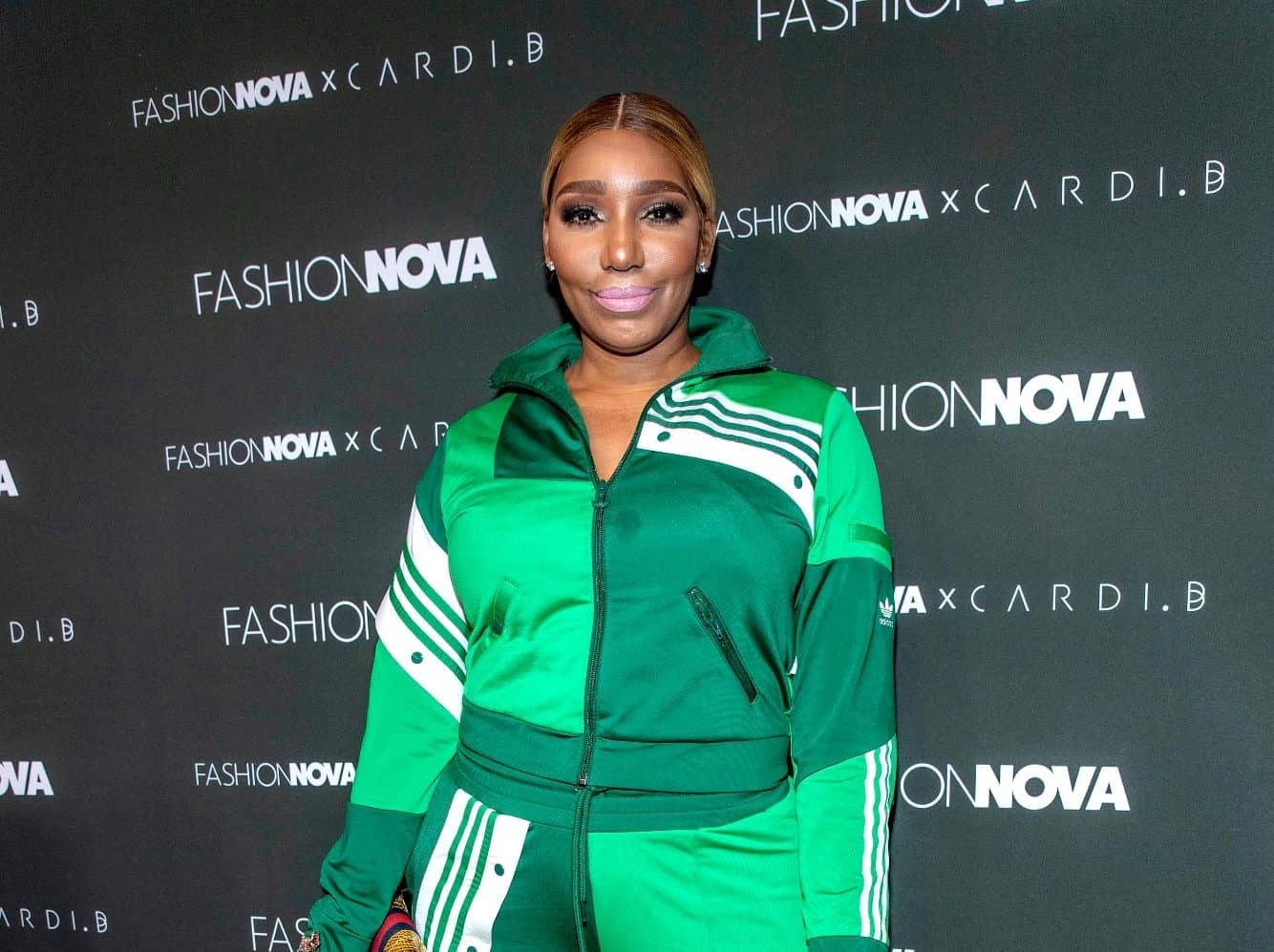 After accusing the parties in April of violating anti-discrimination and federal employment laws, court documents have confirmed Nene “dismisses this action and all claims asserted by Leakes without prejudice.”

In court documents obtained by PEOPLE on August 22, a statement reads, “All Parties consent and stipulate to the foregoing dismissal. No party will seek recovery of costs or attorneys’ fees in any submission to this Court.”

But because this was a joint stipulation dismissal without prejudice, Nene could reignite her claims.

In her case, Nene accused the parties of helping to “foster a corporate and workplace culture in which racially-insensitive and inappropriate behavior is tolerated — if not, encouraged,” and she accused former RHOA co-star Kim Zolciak of making racist comments.

According to Nene, Kim made these comments for years. But after she went to network executives, it was allegedly her who was punished, rather than Kim, who went on to star in eight seasons of her own reality show, Don’t Be Tardy.

The network “did not terminate their relationship with [Kim], nor take any other meaningful action to put an end to her racially-offensive behavior” but gave her a spinoff, her lawsuit alleged.

In response, Kim denied the “ridiculous” claims on The Nightcap with Carlos King in June, saying Nene “knows what she’s saying is not true in regards to me.”

Following the sharing of the report, PEOPLE reporter Dave Quinn shared additional details about the case on Twitter, noting that while her case may be over, her legal pursuit may not.

“NeNe Leakes’ discrimination lawsuit against Bravo, NBC Universal, Andy Cohen, [RHOA] producers, etc. has been dismissed without prejudice in a joint stipulation. That means NeNe can sue again in the future, but this case is officially over,” Dave tweeted on August 22.

NeNe Leakes' discrimination lawsuit against Bravo, NBC Universal, Andy Cohen, #RHOA producers, etc. has been dismissed without prejudice in a joint stipulation. That means NeNe can sue again in the future, but this case is officially over. https://t.co/bEP2X8rIEw pic.twitter.com/hsS8OgK0AU

“Now, you might say to yourself, ‘they settled!’ But from my understanding — and after consulting with legal sources — those would normally require a dismissal WITH prejudice so the action cannot be brought again,” he continued.

As for why Nene may have dropped her lawsuit, Dave listed several potential reasons, including insufficient evidence and a potential settlement offer.

“Seems we’ll never know exactly what happened, unless one of the parties talks,” he noted. “From her side, it could be there was insufficient evidence to win, or NeNe didn’t want to spend the money it would cost to fight it, or apologies (and offers) were made that satisfied her?” 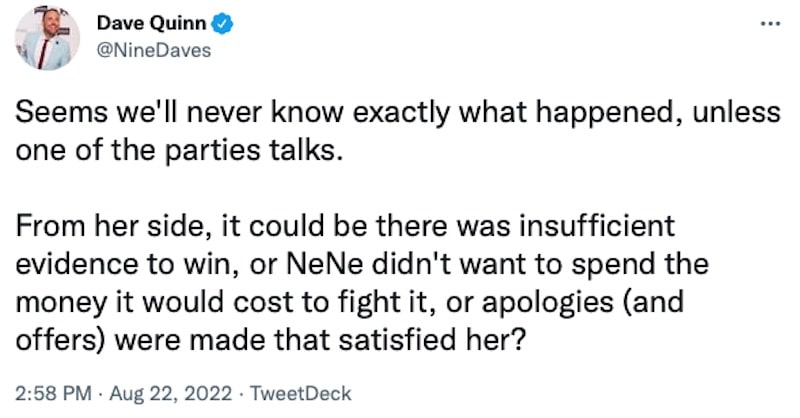 Nene Leakes was featured in a full-time role on The Real Housewives of Atlanta from season one to season seven and again from season 10 to season 12. She also appeared in a guest-starring role in season eight.