Home Real Housewives of Beverly Hills News PHOTO: RHOBH Star Kyle Richards Gets Two New Tattoos! See What They Are as She Shows Them Off

PHOTO: RHOBH Star Kyle Richards Gets Two New Tattoos! See What They Are as She Shows Them Off

Kyle Richards showed off a couple of new tattoos on her Instagram Story on Wednesday.

As she sat in front of a green screen with her makeup done and her hair pulled back, the Real Housewives of Beverly Hills star gave her fans and followers a look at a couple of new pieces of artwork on the backside of her arms, one of which featured a heart and another of which featured Roman numerals.

“Thank you [Uplift Tattoo] for being so nice and patient with me,” Kyle wrote in the caption of her August 31 photo, which included a heart tattoo and a tattoo that read “XVIII,” which translates to “18.” 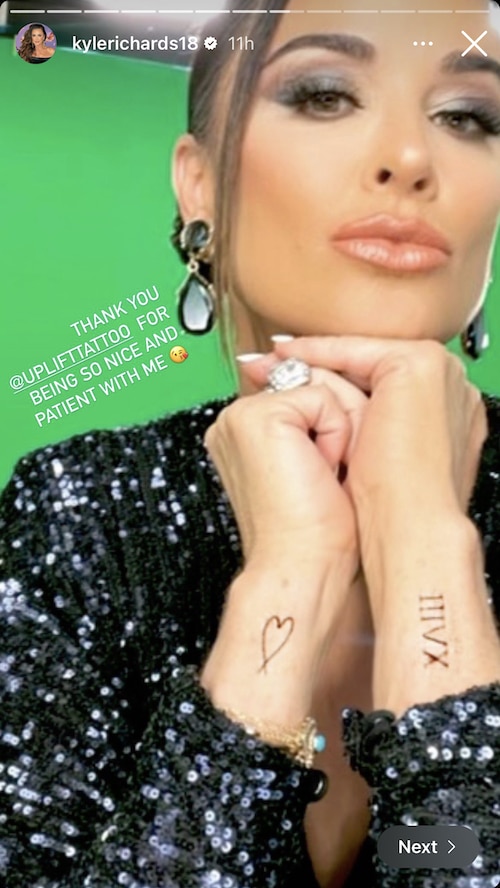 Following the sharing of the photo, Kyle was met with questions about whether or not the tattoos were new. And after the Best of Bravo on Instagram approached Kyle with that very question, they were offered a short response.

“Are they new?” the fan page asked, along with a star-eyed emoji. 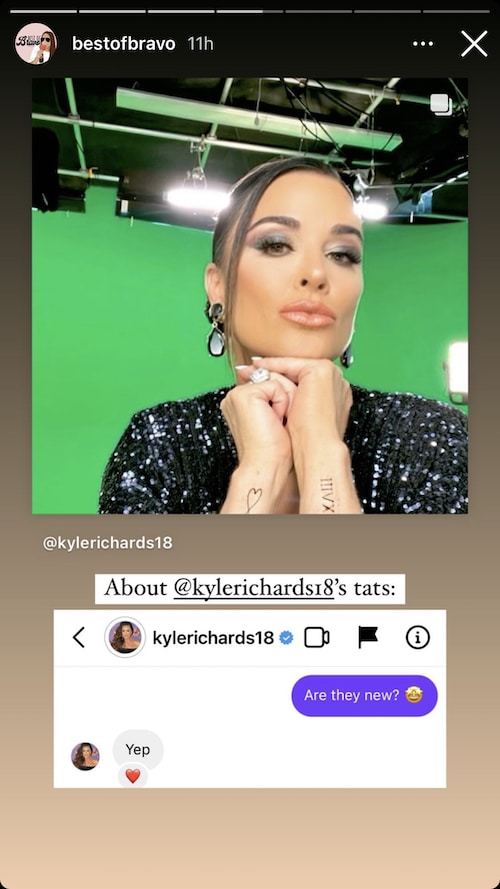 Kyle was also asked about what her tattoos were. However, rather than explaining the meaning behind them, the RHOBH cast member simply shared what most already knew.

“What are the tattoos on your arms [Kyle Richards]?” a fan asked.

Following 12 seasons on RHOBH, Kyle and several other members of the show have faced rumors of potential firings from the series. But while some have suggested that Kyle has reached the end of her Bravo run, she responded to one recent report on her Instagram Story by resharing a message she received from a supporter.

“I don’t believe rumors,” the message read. “[Twelve] years is a legendary run but I will say this: [Kyle Richards] is Beverly Hills.”

Kyle’s post came on the heels of a report from Life & Style that suggested a cast shakeup was in the works ahead of season 13.

“Just because Kyle is the last remaining original cast member doesn’t mean she’s safe from the chopping block. She’s always attacking the other ladies instead of coming up with her interesting storylines of her own, and it hasn’t gone unnoticed by Bravo producers or fans,” their insider alleged.