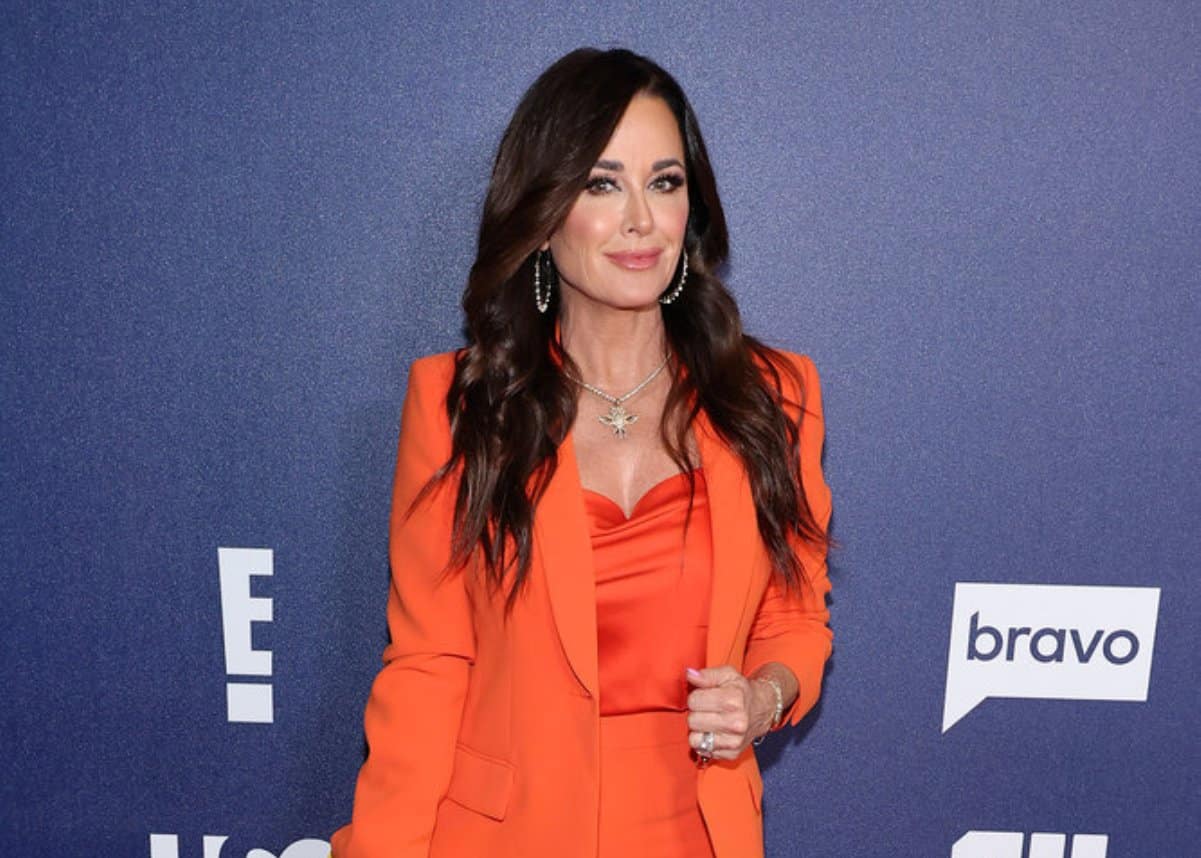 Kyle Richards reacted to a recent rumor suggesting her days on The Real Housewives of Beverly Hills are numbered with an Instagram Story post on Tuesday night.

Following a report that claimed Kyle was likely on the “chopping block” ahead of season 13 as producers considered upgrading Kathy Hilton to a full-time role and bringing Kim Richards back to the series, Kyle shared a post on her social media page and left a comment on another post about the topic.

On July 26, after a fan responded to a question about what they were thinking regarding the rumors that Kyle could be leaving the show, Kyle reshared their thoughts with her own audience.

“I don’t believe rumors,” the message read. “[Twelve] years is a legendary run but I will say this: [Kyle Richards] is Beverly Hills.” 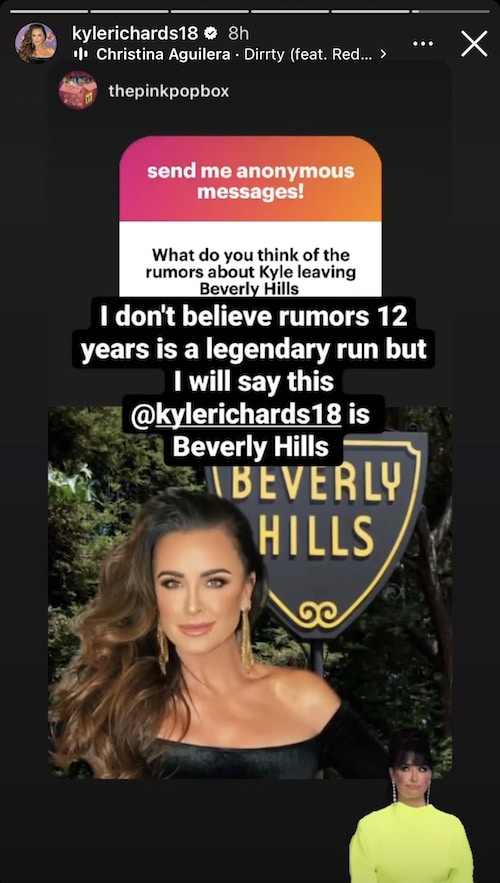 Days ago, Life & Style magazine shared a report in which they claimed a “major shakeup” was set to rock the RHOBH cast ahead of season 13.

“Just because Kyle is the last remaining original cast member doesn’t mean she’s safe from the chopping block. She’s always attacking the other ladies instead of coming up with her interesting storylines of her own, and it hasn’t gone unnoticed by Bravo producers or fans,” the insider alleged.

And as for the rest of the cast, the source mentioned Kathy’s potential promotion and Kim’s potential comeback.

“[Kim’s] a hit with the fans, and Andy Cohen loves her too,” the insider stated. “[Andy’s] already offered Kim a huge paycheck to return.”

After Life & Style published the report, the All About the Real Housewives fan page on Instagram shared a snippet from the insider.

And in response to the report, Kyle shared a comment that included an eye-roll emoji and a yawning emoji.

During an interview earlier this month with Hello!, Kyle opened up about the hardest parts of filming RHOBH.

“I know that’s a given, but obviously, the hardest was with my sister [Kim Richards], as that’s family,” Kyle explained. “When we have these arguments on the show, it doesn’t just end when the cameras go off, and it spills into your personal life.”

“[And another] downside, of course, is just losing the privacy of your life,” she added. “The scrutiny is overwhelming sometimes.”