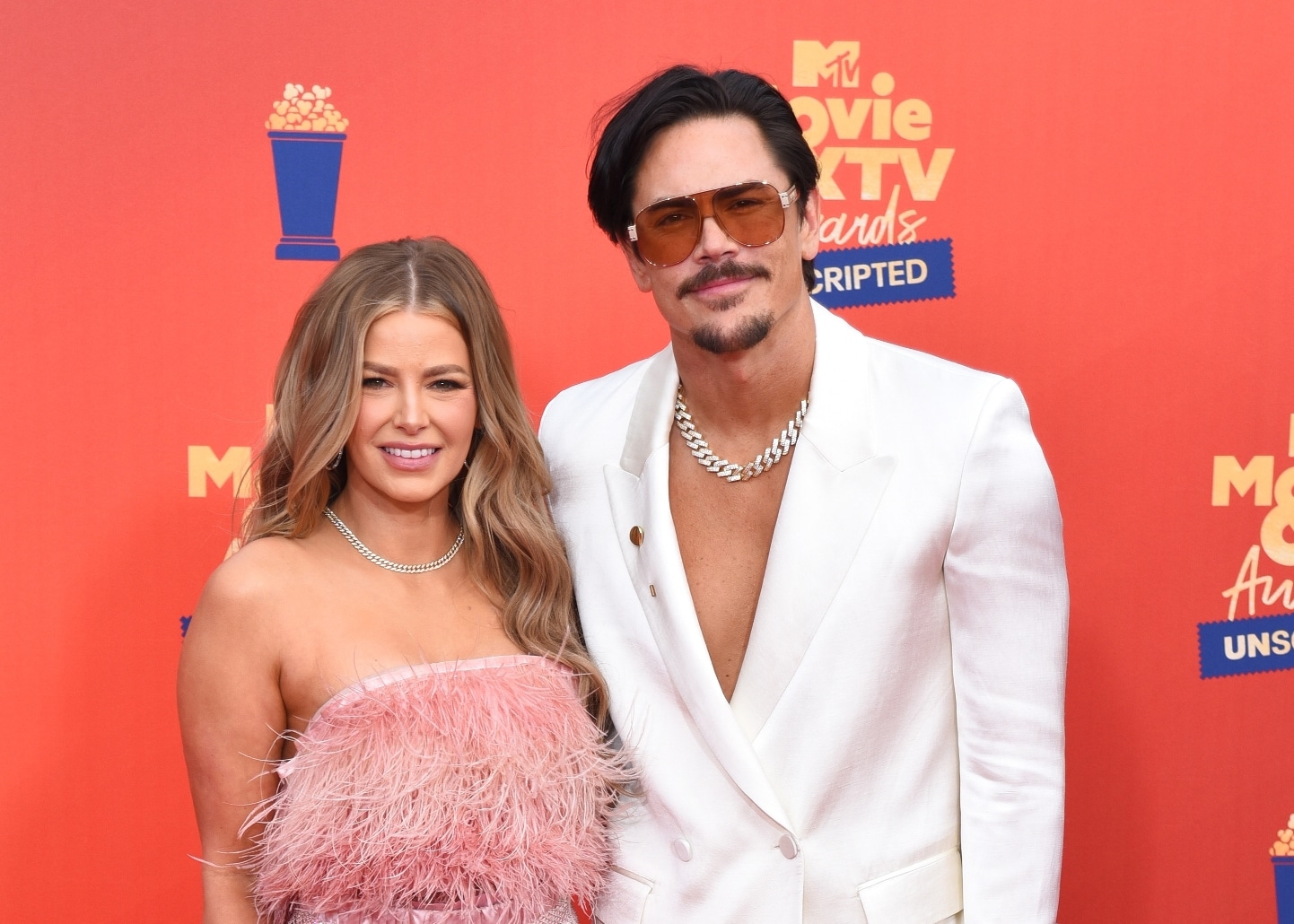 Along with a series of throwback photos taken at her birthday celebration in June, which was attended by Tom and their Vanderpump Rules castmate Charli Burnett, Ariana mentioned that something sad had happened to her before stating that “so much has changed.”

“I never posted anything for my birthday months ago and now it’s wild to look at these photos because so much has changed … Some good and some sad, but that’s life I suppose! I’m just happy to be here! And my friends are gorgeous in every way,” Ariana wrote in the caption of her August 31 slideshow, which featured two similar photos, one of which Tom was cropped out of.

Immediately after the photo was shared, Ariana’s fans and followers began flooding her with comments in regard to her life happenings as well as a potential change in her relationship status.

“As long as you and [Tom Sandoval] haven’t broken up…,” shared another.

And while Ariana didn’t address the split rumors directly, she did speak out against her supposedly “cryptic” message.

“This post is about my life. Not Vanderpump Rules. Nothing cryptic about it. Nothing I’ve said hasn’t already been shared by me over the last few months,” she clarified, seemingly confirming she and Tom are still together.

Then, another person asked, “What are the sad life changes that have happened?” Ariana then revealed details about the emotions behind her post.

“I’ve gone into detail on my podcast. Not ready to type it out all matter of fact yet,” she explained, telling another fan that she shared more about the topic on her new podcast, Earth to Ariana, specifically the “Charlotte Forever” episode that heard her opening up about the loss of her dog.

“I really don’t mean to be telling people to listen. I just don’t feel ready to like… type it. If that makes sense. I didn’t expect people to even ask if I’m being totally honest. Thank you for being nice,” Ariana told someone else. 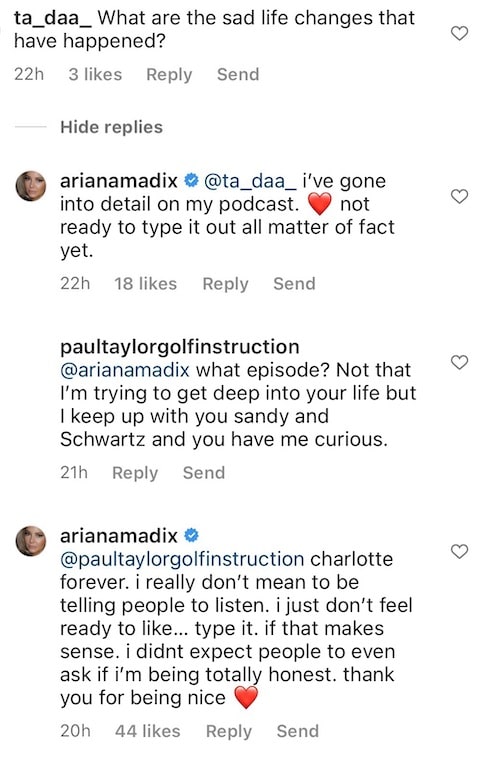 Earlier this year, while appearing on Scheana Shay‘s podcast, Ariana admitted to going through ups and downs with Tom.

“I feel like they are short. A rough patch for us is like a day or a few hours where I’m really annoyed with him. And it’s usually something stupid but we definitely go through rough patches,” Ariana admitted on Scheananigans.

“We know we don’t agree about [certain topics]. It’s not an important thing that we have to agree on in order to be in a happy relationship together. So we just don’t talk about it,” she added.

Vanderpump Rules season 10 is currently in production and expected to air on Bravo in early 2023.