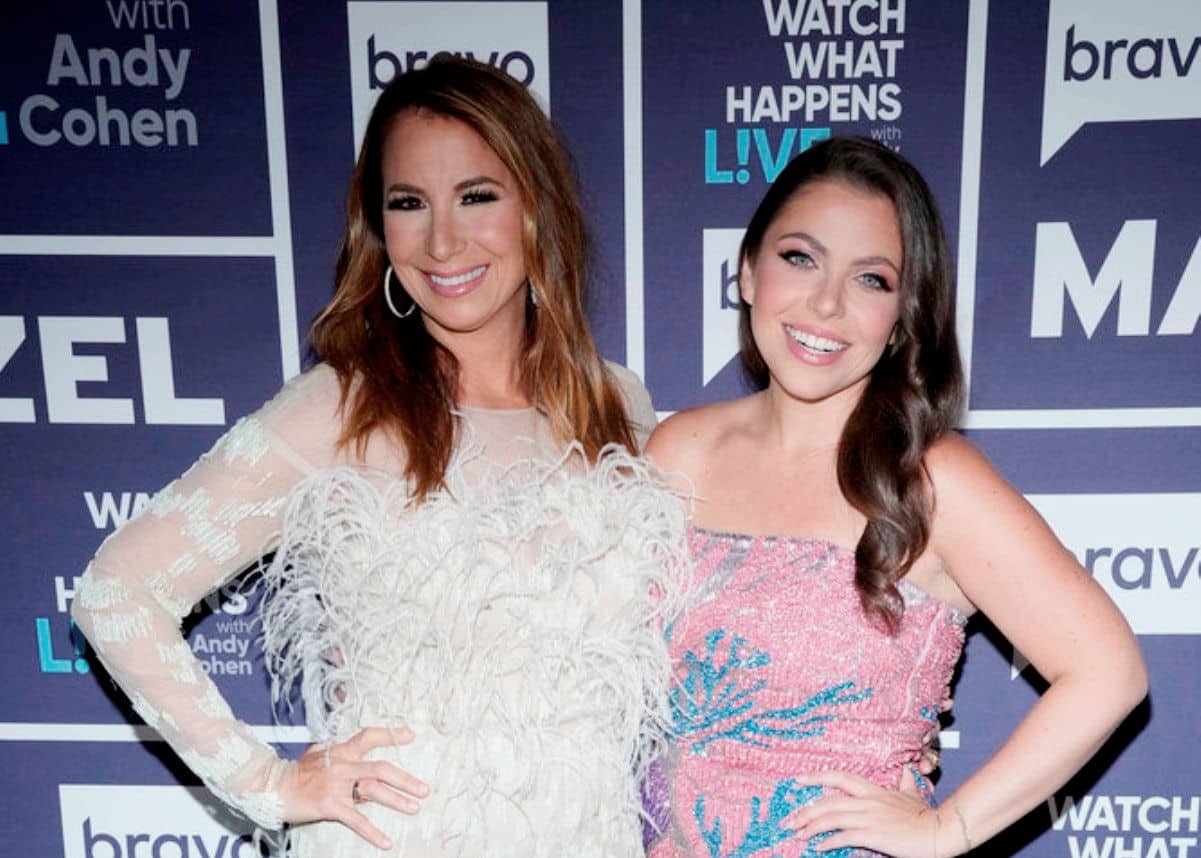 Jill Zarin’s daughter, Ally Shapiro, took to her TikTok page on Wednesday with a shocking story about a sperm bank mixup.

Speaking to her many fans and followers, the 29-year-old former Real Housewives of New York City star revealed that after learning from her mother that she and her ex-husband Steven Shapiro used a donor to welcome her in 1991, the sperm bank where the donor was found incorrectly linked her to the wrong biological father.

“When I was 20 yrs old moving into my senior year of college I found an email on my mom’s computer asking her why I was the only one who had blue eyes [and] was shorter and fatter than everyone in my family,” Ally wrote in the caption of her August 31 video.

@allyshaps And that’s on finding out you’re donor bank mixed up the 🐟 and that you’re bio parents aren’t really your bio parents! Who wants a part two? Also I know I’m late to the trend but this wasn’t easy to make, but a interesting story to share. #donor #donorkid #yeslord #familydrama ♬ original sound – TheQuiteFranklyShow

After Ally questioned her mom about the email, the RHONY alum fessed up.

“I never knew (they divorced when I was 4),” Ally explained. 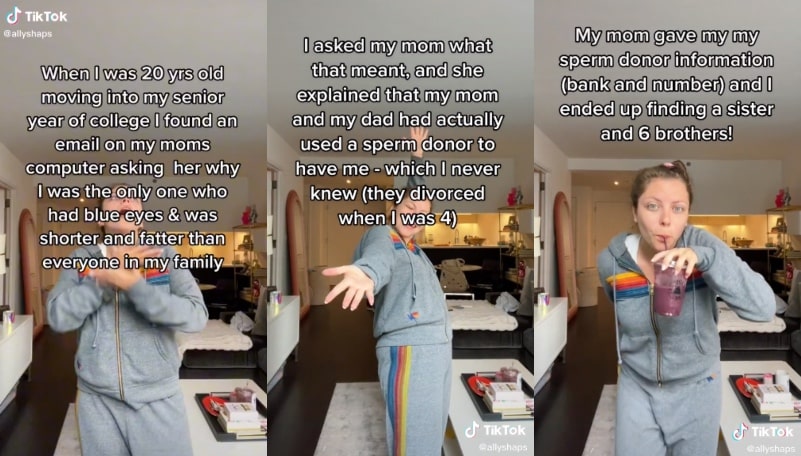 And after Jill passed on the sperm donor’s information, Ally discovered she had one sister and six brothers.

“We eventually found our donor dad, and some of us even met!” Ally continued.

But three years later, Ally matched with a completely different man, via a 23andMe DNA test, and found out that this person was a 100 percent match as her biological father.

“We discovered the sperm bank actually mixed up the sperm – now this man was my bio dad and not the one I had need speaking to with all my new siblings,” Ally revealed. 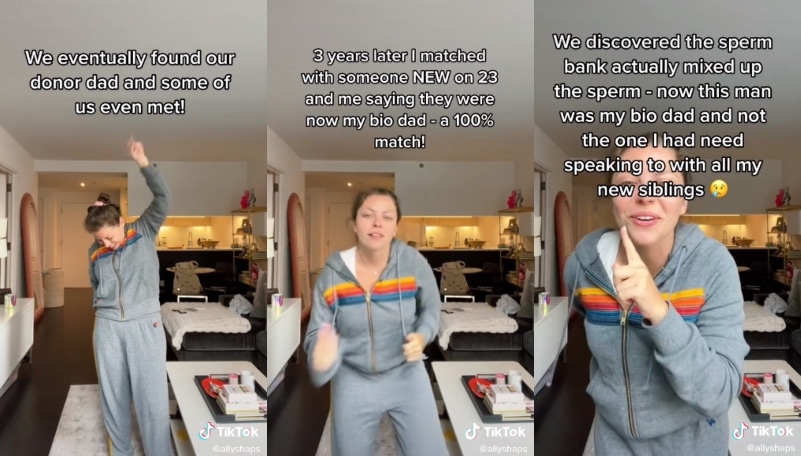 “And now I have 4 new sisters and a lot of dads!” she added. 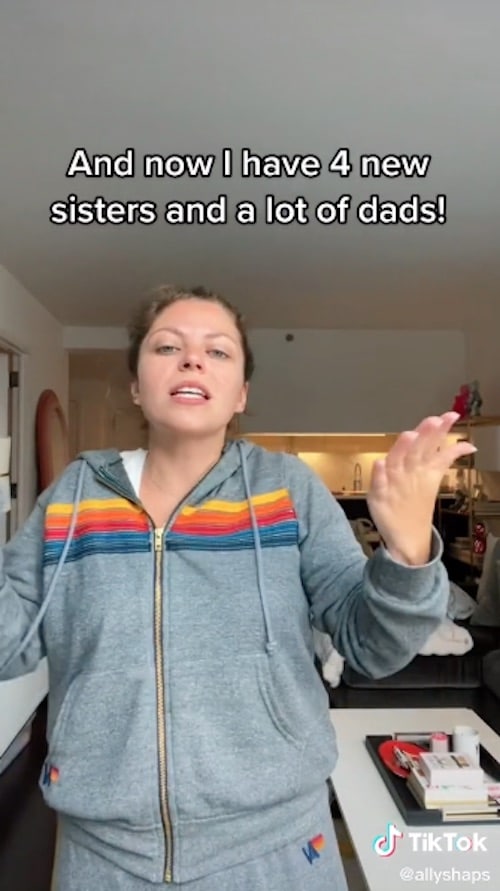 Right away, Ally was met with a number of comments from her baffled online audience, many of whom suggested the ordeal should’ve been filmed.

“Damn Bravo could’ve had a whole spinoff. Respectfully, of course,” one person said.

“I NEED [ANDY COHEN] AND A CAMERA,” added another.

“Well this… this here is a lot to unpack,” wrote a third.

According to Page Six, Ally previously told them she was thrilled to find out she had siblings before learning they weren’t actually blood-related.

“I think if I had a deeper connection, I would have been gutted,” she said in March 2020. “I felt like I’d been lying to them all these years.”

Following her 1998 divorce from Steven, Jill married late husband Bobby Zarin, who died of cancer in June 2018, in 2000, and since June of that same year, she’s been dating boyfriend Gary Brody.