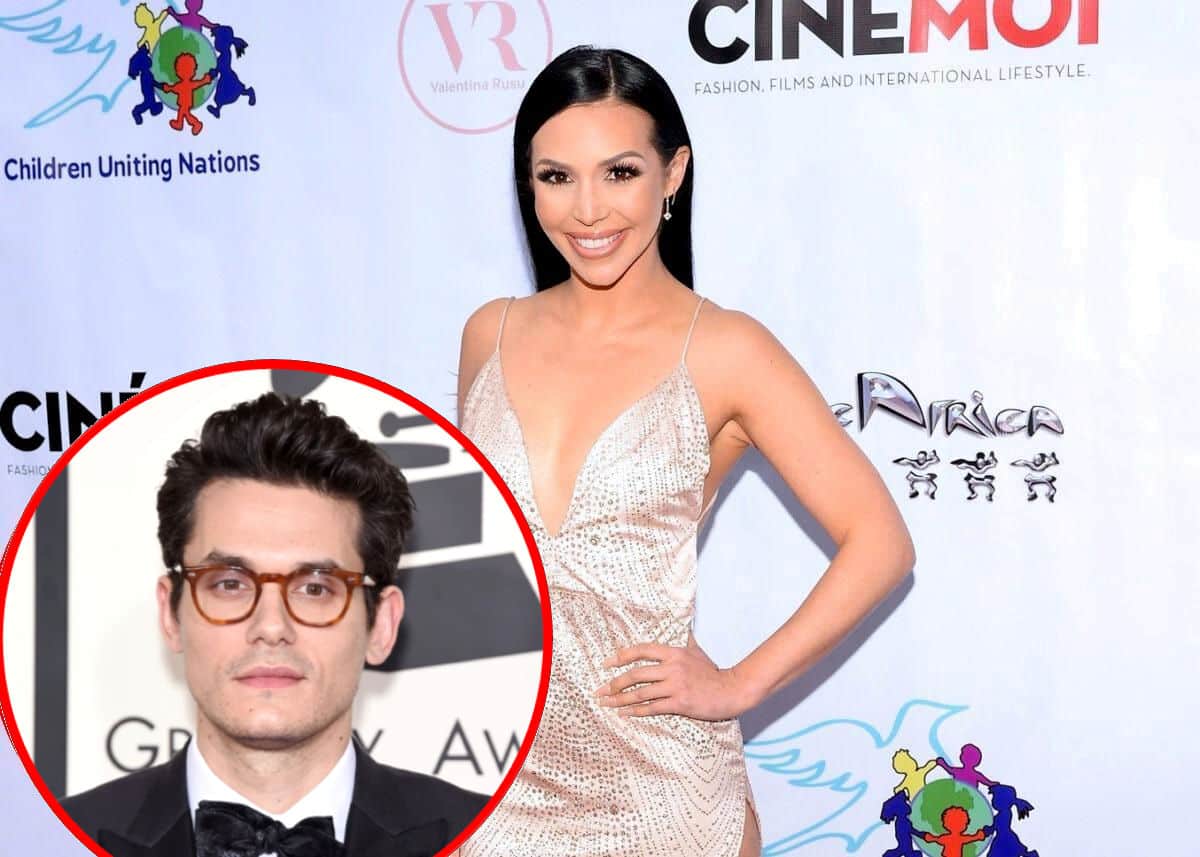 The first episode of Vanderpump Rules in January 2013 featured a crossover between The Real Housewives of Beverly Hills star Brandi Glanville and Scheana Shay, who had been caught cheating with Brandi’s former husband, Eddie Cibrian, years prior. However, despite her relationship with Eddie being at the center of the debut episode, Scheana doesn’t credit Eddie with her role on the show. Instead, she credits another celebrity: John Mayer.

While looking back at her early moments with Lisa Vanderpump and Ken Todd, who own SUR, the restaurant where Pump Rules is based, Scheana said that after she was fired from the cigar lounge and restaurant club she was working at in Beverly Hills due to her past fling with the musician, she ended up at Lisa and Ken’s since-closed Villa Blanca.

After explaining that she was axed for her relationship with John because employees were forbidden from seeing members outside of the club, Scheana revealed that a friend got her a job at Villa Blanca.

“So I walk over to Villa Blanca, I meet Ken Todd,” she recalled on the Behind the Media podcast, via Showbiz Cheat Sheet. “And he was like, ‘Well, you’re not very good-looking and you don’t have much personality, but I’ll give you a shot.’ And I was like, ‘Oh, British humor, got it. OK.’”

Although Ken hoped Scheana would start working that night, she had another job at a club. So, instead of starting right away, she started the following day.

“[I] had to work a double shift, messed up his dinner order… It was like a whole thing,” Scheana admitted. “I have like vivid memories of like starting working for Ken and Lisa. But lo and behold, fast forward a decade later, nine successful seasons of a reality show came out of it.”

“If it wasn’t for John Mayer, I wouldn’t be on Vanderpump Rules,” she added.

As Pump Rules fans may recall, Scheana opened up about her past fling with John, saying on The Flashbacks Podcast that she became a “sexual throuple” with him and her roommate at that time, Stacie Adams of The Hills.

“This went on for about six months. We would go to his house. It became the three of us,” she explained. “[And] I definitely got a little jealous towards the end of it because I knew he liked her more.”

“Everyone always had attention [but] I definitely got a little jealous towards the end of it because I knew he liked her more. I was like, ‘Wait, I brought you into this and now you’re getting more attention than I’m getting,’” Scheana admitted. “And then even after him and I stopped talking, they continued talking. Her and I had a year of an awkward friendship/falling out… It was right when she was starting on The Hills. It was a big jealousy thing because she was getting everything I wanted.”