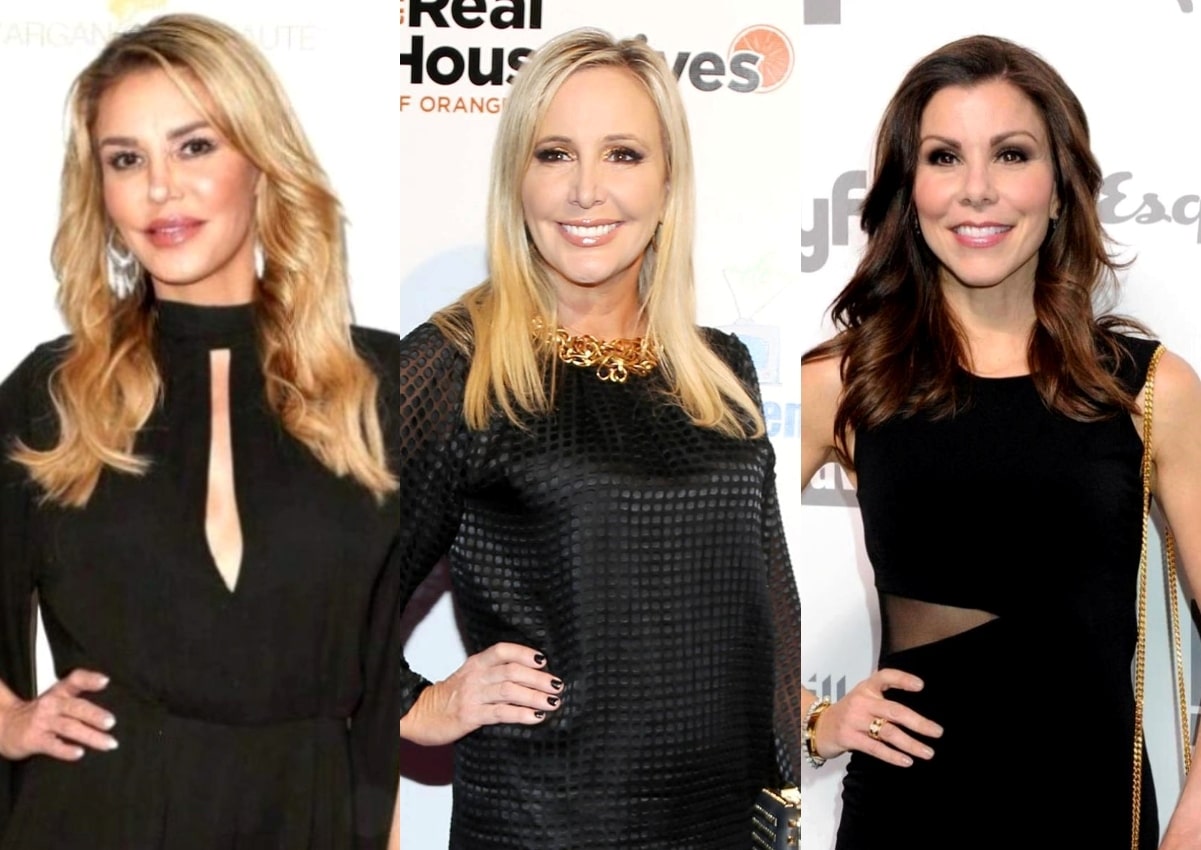 In addition to commenting on the return of Heather Dubrow and Shannon Beador‘s alleged “acting,” Brandi said she found Emily Simpson to be boring and shared her thoughts not only on Gina Kirschenheiter‘s alleged feelings for her ex-husband, Matt Kirschenheiter, but also her current relationship with boyfriend Travis Mullen.

“I can’t with Heather. I can’t with Shannon either. I feel like she’s acting,” Brandi admitted on the Two T’s in a Pod podcast on December 28.

Although Brandi doesn’t enjoy Heather, she said she likes that she’s “so uptight” and enjoys seeing the many luxuries of her massive home.

“I like that Heather is so uptight. To see the house and all that, that is insanity,” she stated. “But I feel like I was ready for her to go when she left last time so I don’t really know why they brought her back.”

“Emily to me is boring. I like Gina,” Brandi continued. “[But] I feel like there’s something… I feel like she’s madly in love with her ex-husband still and I feel sorry for the guy that she’s with. That’s what it looks like to me… Just the way she talks about him, though, and she’s like, ‘But this new guy, he’s great.’ I don’t know.”

While Brandi feels there’s something lingering between Gina and Matt, Tamra, who is a friend of Gina’s, refuted the claim.

“I know her and I never noticed that,” she replied.

When the topic of Andy Cohen‘s baby shower was then mentioned, Brandi admitted she was “very upset” she wasn’t invited.

“I was very upset. I asked. I’m like, ‘Why am I not invited?’” Brandi recalled. “[And Andy]’s like, ‘It’s only for like, the full-time girls for now.’ And my feelings were hurt and then I saw that Danielle Staub was there. I’m like, ‘She was not a full-time housewife!’”

Prior to her appearance on Teddi and Tamra’s podcast, Brandi celebrated the Christmas holiday with her ex-husband, Eddie Cibrian, and his wife, Leann Rimes, who she previously feuded with for years. And, because she and the country singer appeared to be having so much fun, many fans took notice of a video she shared on Instagram.

“That’s what happens at our holidays. She always sings and I feel like I have to perform if she’s performing so we were just… It’s a giant competition,” Brandi said of the video she shared with her fans.

Although Brandi is still blocked from Leann’s Instagram, she said Leann sent her the video, which was taken at her and Eddie’s home.

“After that, I went into a split and I started twerking on the ground and the big gray dog got behind me and started humping me. There’s video,” Brandi revealed. “I didn’t get that video because Eddie was taking the video… I was getting on that mic no matter what.”

The Real Housewives of Orange County season 16 is currently airing on Wednesdays at 9/8c on Bravo.