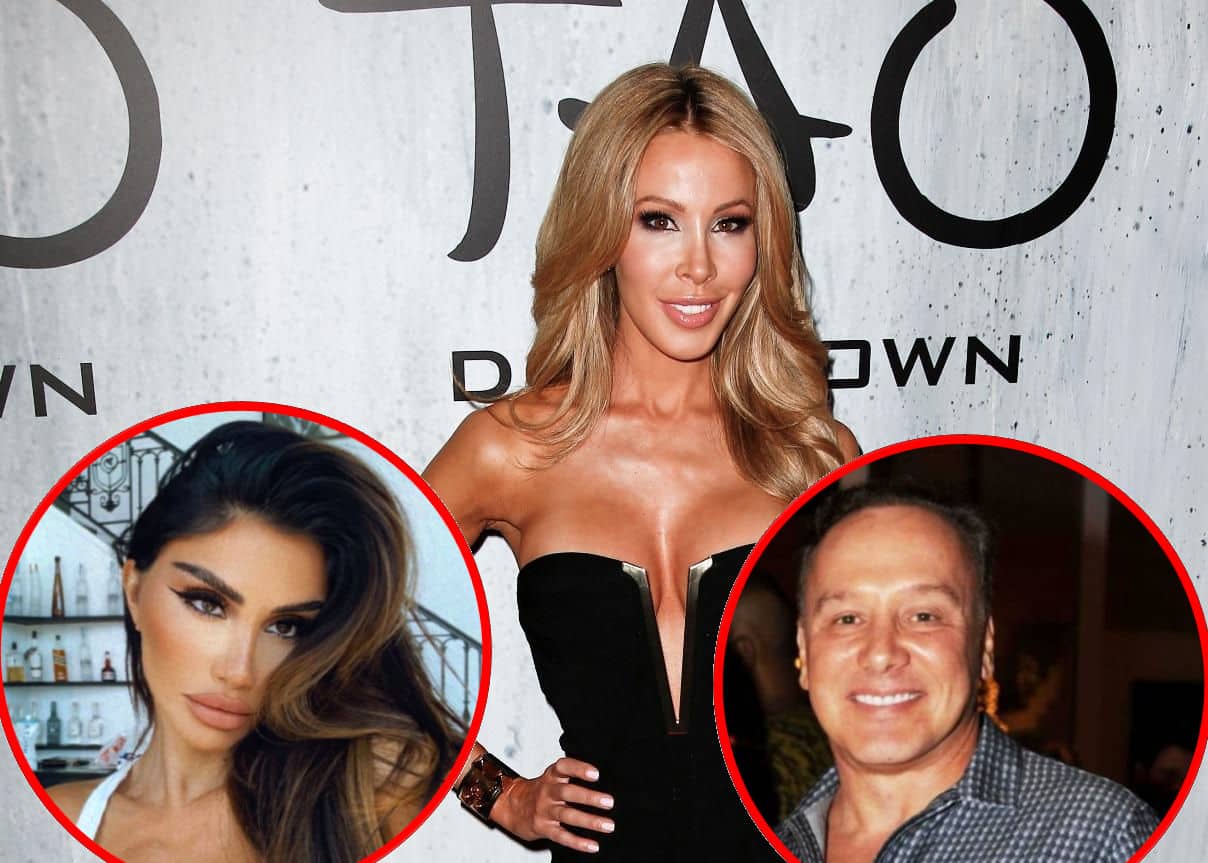 Amid her messy split from estranged husband Lenny Hochstein, 56, the Real Housewives of Miami cast member, 40, shared a photo of a bouquet of flowers sent by Morgan Osman, the woman allegedly involved in Lenny’s past emotional affair. She described the gift as a “beautiful surprise.”

“What an unexpected and beautiful surprise,” Lisa wrote in the caption of her September 12 photo, which featured Lenny’s tag. 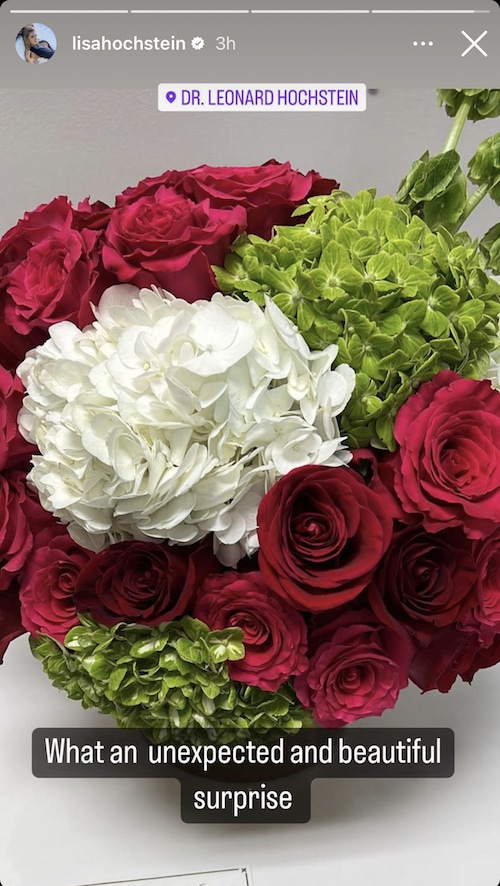 Then, in what Lisa appears to have posted and deleted, the RHOM cast member gave her fans and followers a look at the card that accompanied the bouquet.

“Congratulations on your divorce. Freedom looks good on you. Love Morgan,” Morgan wrote, according to a screenshot provided by Bravo and Cocktails on Instagram.

But as you can see from the responses, a number of the fan page’s audience members were left confused at the post, with one person noting that it was not seen on Lisa’s Instagram Story and another person who wondered, “Is she congratulating Lisa or Lenny?!?”

“I think Lisa posted the pic to get under Morgan’s skin,” someone suspected, seemingly under the belief that the flowers were sent to Lenny rather than Lisa.

“I’m confused,” posted another Instagram user. “They were delivered to Lisa? Where is the original picture?” 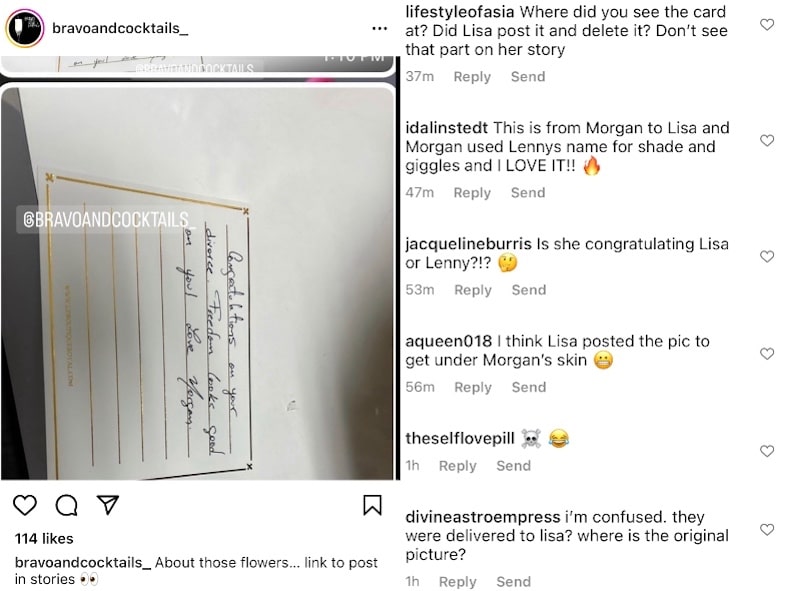 Because Lisa is believed to be residing at her and Lenny’s $52 million marital home in Star Island (despite his efforts to get her out), it is certainly possible that Morgan, seen below, sent the flowers to Lenny. 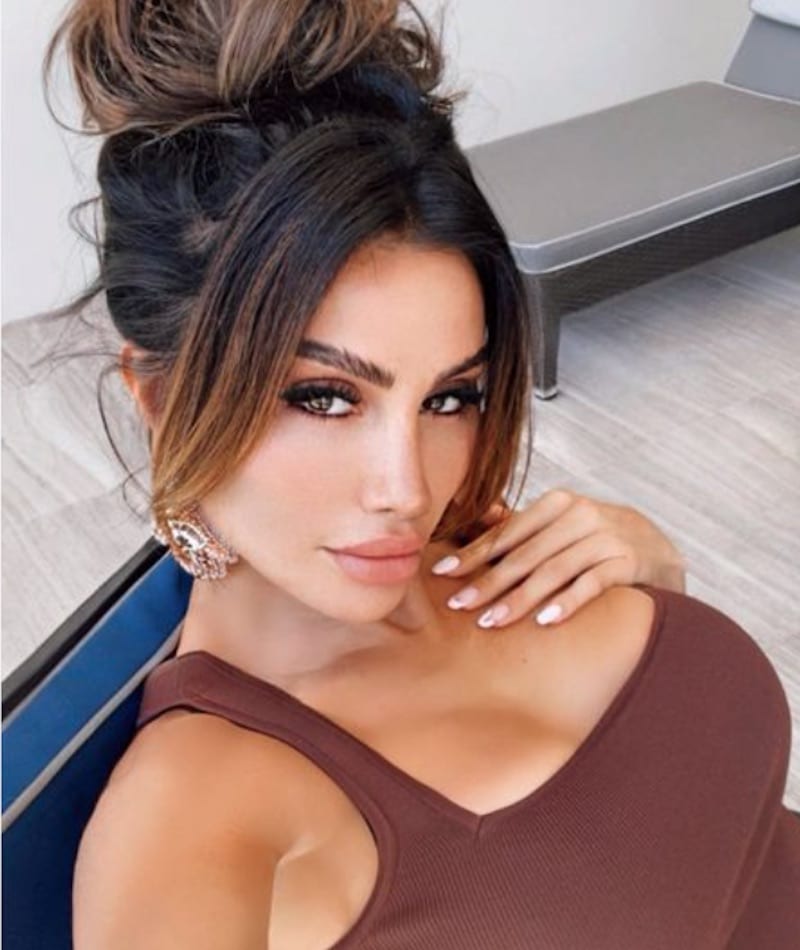 While there’s no way to know for sure who the flowers were intended for, considering no name was seen in the photos provided, Bravo and Cocktails fueled the possibility of the bouquet either being meant for Lenny or sent as a dig at Lisa, due to Lisa’s recent hangout with Morgan’s ex, Philip Plein.

“Morgan may have sent the flowers [because] she’s pissed Lisa is hanging [with] her ex Philip Plein,” the outlet explained. 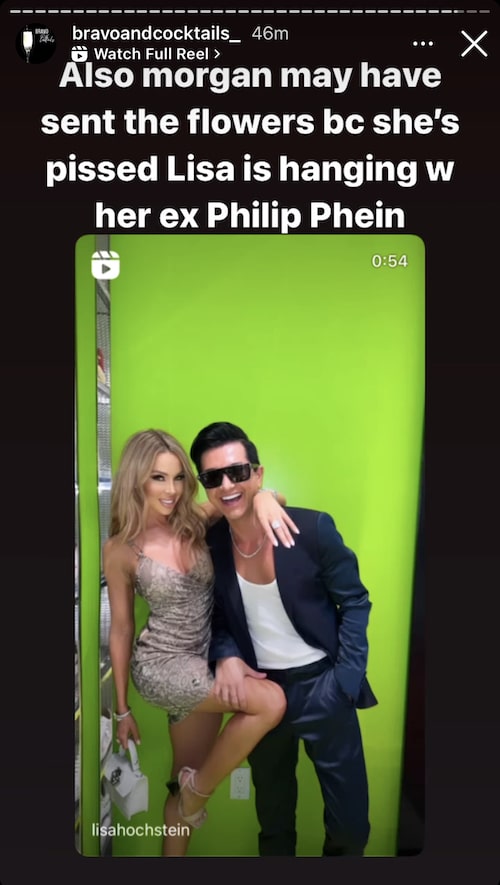 As RHOM fans well know, Lenny has been dating girlfriend Katharina Mazepa, 27, since May, when he reportedly “blindsided” Lisa, the mother of his two children, Logan, 7, and Elle, 3, with his plans for divorce. However, in his divorce announcement, he insisted his relationship with Katharina didn’t begin until after he and Lisa opted to split.

“We have been living separate lives for months and made the decision to divorce last month,” he stated. “It was after the decision was made that I started seeing Katharina. This is something that Lisa was well aware of before it happened.”

But according to Lisa, she had no idea that Lenny wanted to end their marriage or that he was already seeing someone else.

“With two young children involved, as a mom I’m going to focus all of my energy and time on them. I’m blindsided by his behavior and reckless handling of the situation,” she said in a statement of her own.