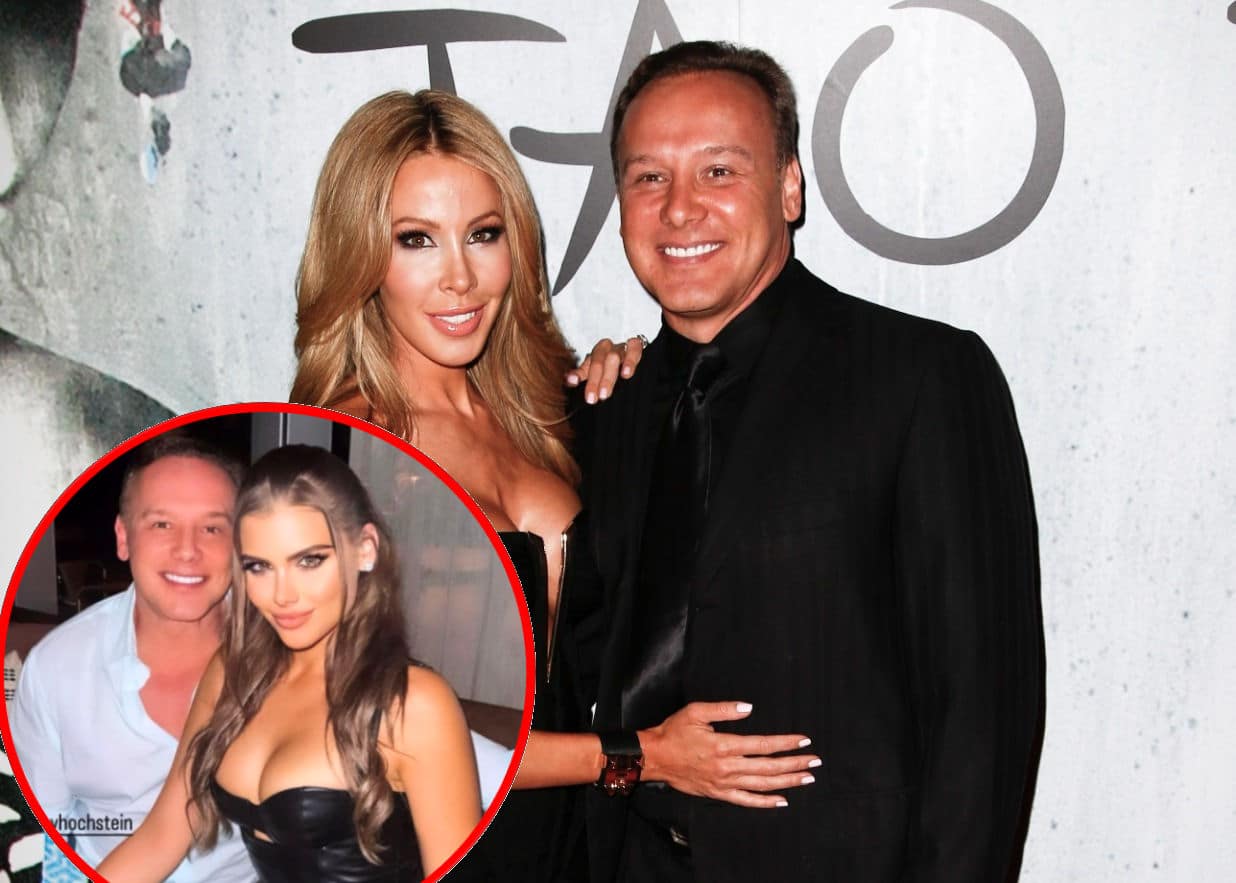 Lenny Hochstein and estranged wife Lisa Hochstein may have put up a united front earlier this month when they celebrated the seventh birthday of their son, Logan. But when it comes to a potential reconciliation, the idea seems far out of the question.

In addition to a number of messy accusations being thrown back and forth, the plastic surgeon, 56, who was married to the Real Housewives of Miami cast member, 39, for 12 years prior to their split in May, appears to be getting serious about his relationship with 25-year-old Austrian model Katharina Mazepa.

In a post shared on her Instagram Story on Wednesday night, Katharina revealed that she and Lenny would be traveling to Europe, where her boyfriend will meet her family, likely for the very first time.

“I took him out for dinner, he’s taking me all the way back to Europe to meet my family!” Katharina wrote in the caption of a photo of the two of them on July 20, along with a smiling face with hearts emoji. 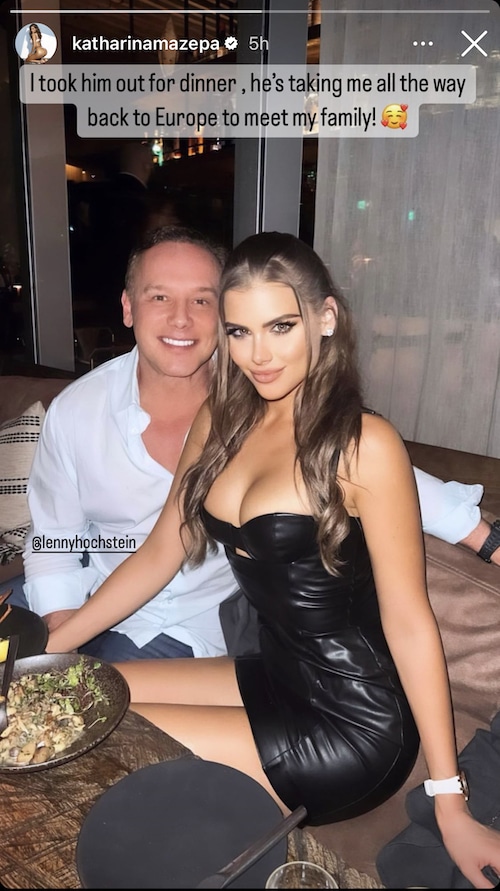 As RHOM fans may have heard, Lisa and Lenny’s breakup has gotten messy in the months since his May filing, with her accusing him of threatening her and forcing her to flee their massive $52 million mansion on Star Island. Meanwhile, he suggested that she is only out for attention in her public bashing.

And Lisa and Lenny, who also share two-year-old daughter Elle, aren’t the only ones feuding. Instead, Lisa and Katharina have also gone at it in the press, with Katharina accusing Lisa of setting up a fake Instagram account to harass her.

“In May, Lisa called Katharina and threatened her on the phone,” Katharina’s rep claimed to Page Six. “Lisa has created a fake Instagram page and has continually cyber bullied Katharina.”

Shortly after the allegations were made, Lisa clapped back at the model, saying her claims were false and “childish.”

“I’ve got no time for Katharina’s childish antics and accusations,” Lisa said in a statement. “They are false and just show her true colors and motives. I have my children to focus on and I am trying to keep them away from her and this negativity. None of these allegations are true.”

More recently, in a post shared on Twitter, Lisa seemingly accused Katharina of using her estranged husband to gain notoriety.

“Someone’s trying to be famous,” she wrote in a tweet shared earlier this month.

And just this week, Lisa seemingly had a shady reaction as she liked a post that referenced Miami, Florida, as one of the top cities for cheating. Below is a screenshot as shared by BravoandCocktails on Instagram. 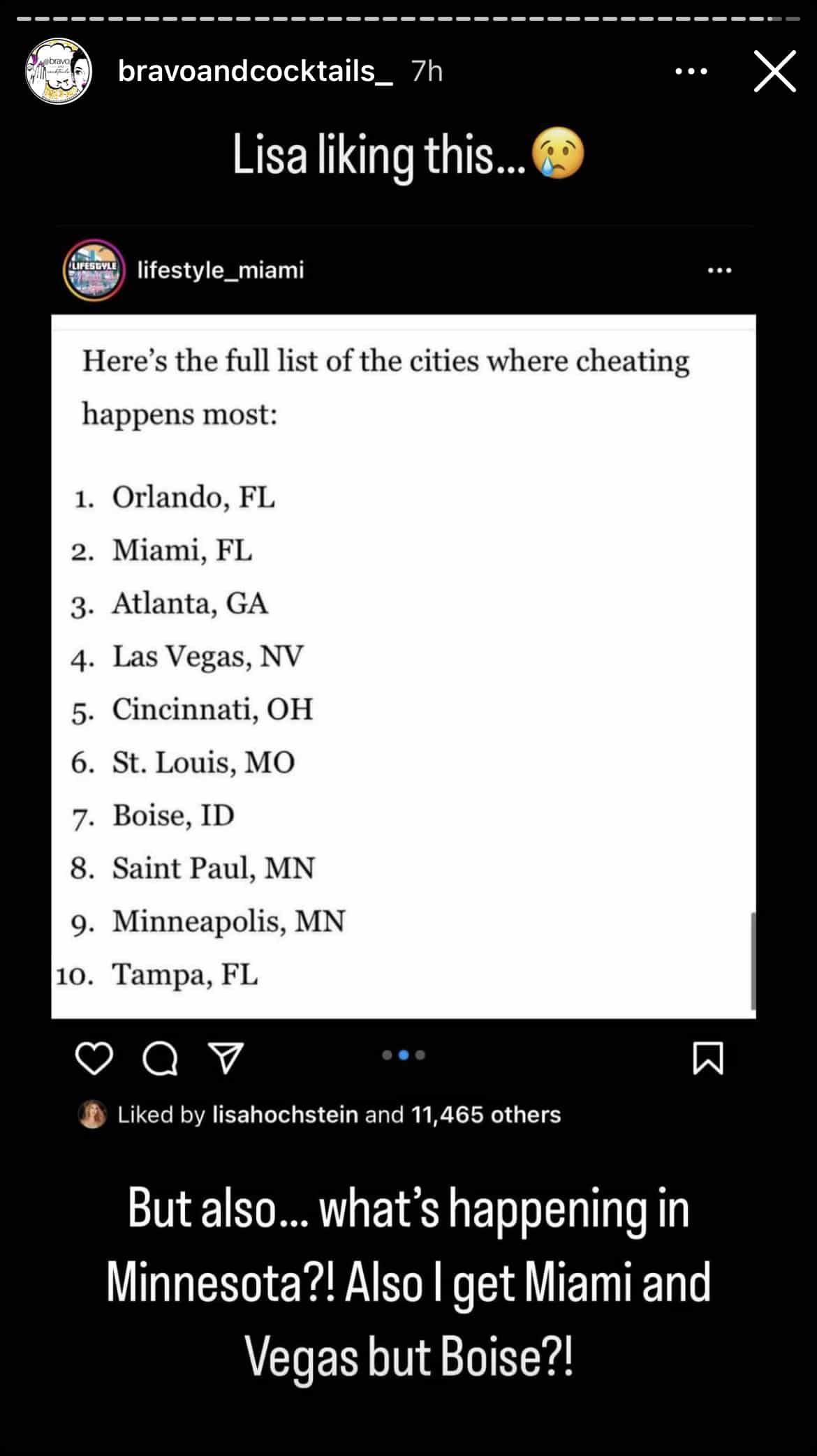