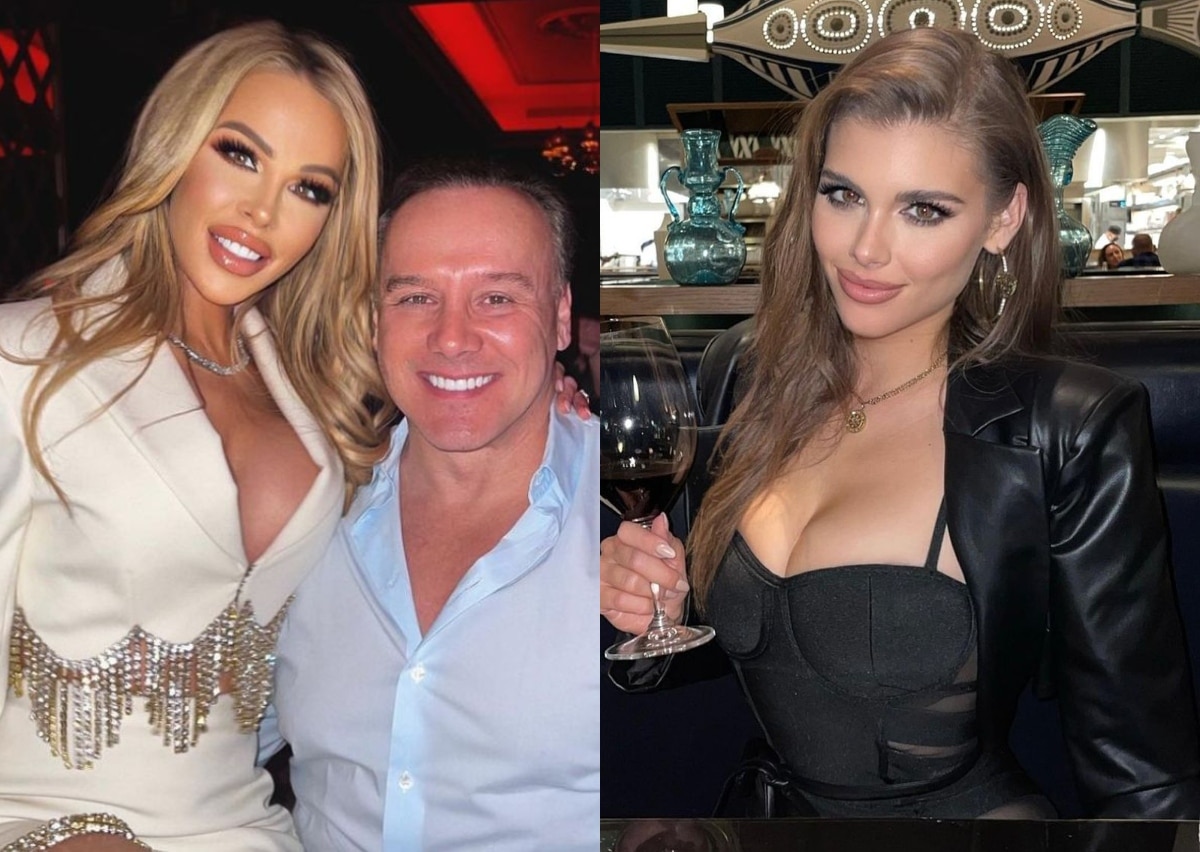 Lisa Hochstein is firing back at Lenny Hochstein’s girlfriend, Katharina Mazepa, who accused the Real Housewives of Miami cast member of making a fake Instagram in a statement shared on Tuesday.

In response to Lisa, 39, suggesting in recently filed court documents that it would be “detrimental” to her children, six-year-old Logan and two-year-old Elle, if the Austrian model was allowed around them, Katharina accused Lisa of cyberbullying her from a “finsta.”

“The kids would not know who I am if I stood next to them,” Katharina, 26, told Page Six on July 6, with her rep confirming she has never met the children.

The rep went on to say that in addition to threatening Katharina on the phone, the RHOM cast member also launched a fake Instagram page against her.

“In May, Lisa called Katharina and threatened her on the phone,” the rep claimed. “Lisa has created a fake Instagram page and has continually cyber bullied Katharina.”

But in response to Katharina’s allegations, Lisa said there’s no truth to her claims and slammed her as “childish.”

“I’ve got no time for Katharina’s childish antics and accusations,” Lisa said. “They are false and just show her true colors and motives. I have my children to focus on and I am trying to keep them away from her and this negativity. None of these allegations are true.”

Also in Lisa’s recent court filing, she accused Lenny, 55, of exhibiting “volatile behavior” in front of their children, and she said she had been forced to “flee” their $52 million marital mansion on Star Island. She also requested that the court ban Lenny from allowing Katharina access to their kids, saying it would be “detrimental to the best interests of minor children.”

Following the filing, Lenny’s lawyer, Richard Preira, told Page Six that Lisa “seems to crave attention, and so issues allegations that are inflammatory and the opposite of the truth.”

Lisa “stalked him in the house,” he continued. “Now she stalks him in the media and social media.”

In May, after Lenny confirmed their new romance, Katharina denied she was the reason for his split from Lisa.