Home Real Housewives of Miami News REPORT: Lea Black Rejoins ‘RHOM’ Cast for Season 5 as Her Role is Revealed, Plus See Pics of Ladies at Finale Party as Filming Wraps

REPORT: Lea Black Rejoins ‘RHOM’ Cast for Season 5 as Her Role is Revealed, Plus See Pics of Ladies at Finale Party as Filming Wraps 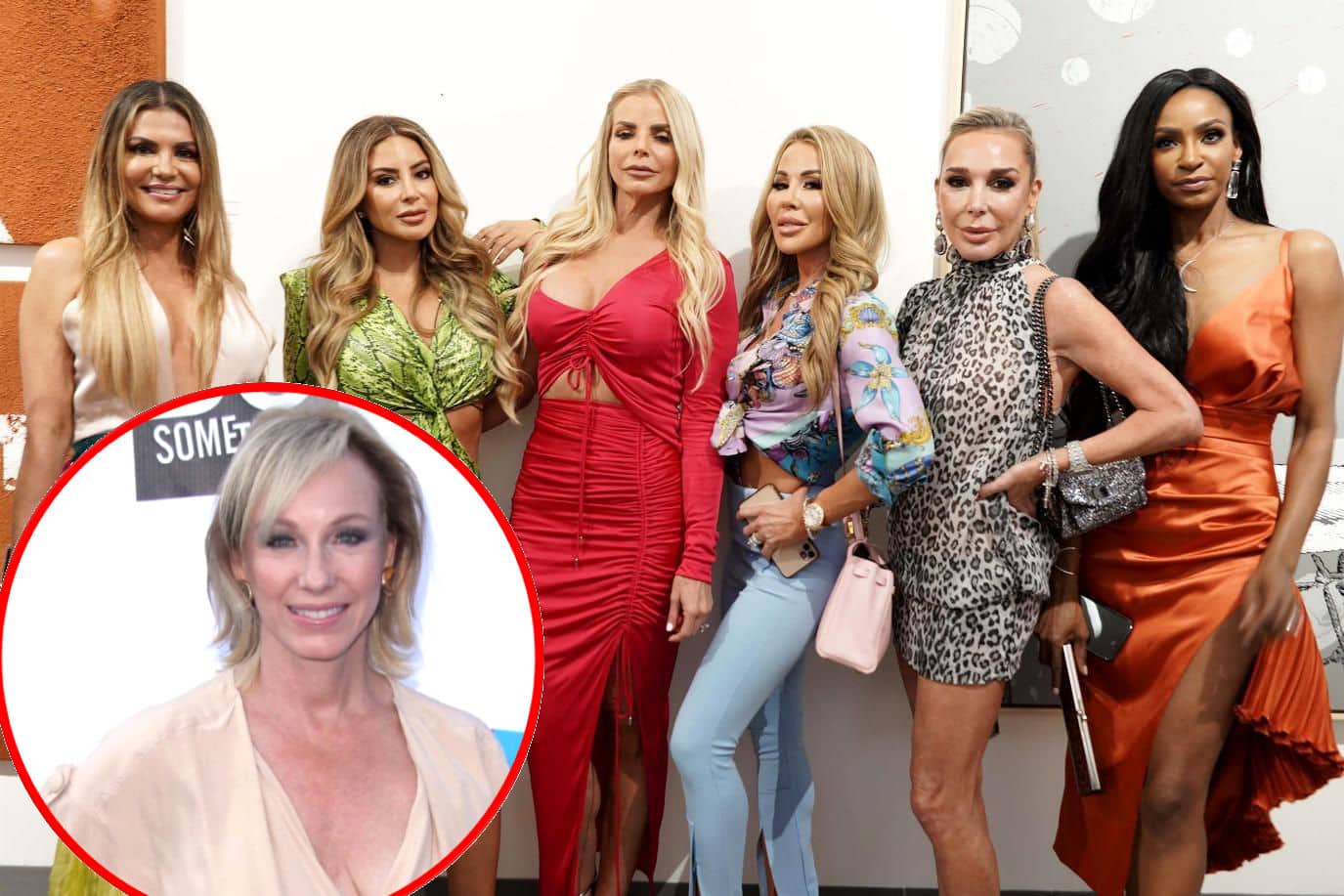 Lea Black has reportedly returned to the Real Housewives of Miami cast.

As filming on the fifth season wrapped with a finale party in Florida with Adriana De Moura, Julia Lemigova, Dr. Nicole Martin, Guerdy Abraira, Marysol Patton, Alexia Echevarria, and Larsa Pippen, an insider revealed that Lea, the wife of famed attorney Roy Black, would be featured on the new season as a friend as she helped Lisa Hochstein navigate her messy divorce from Lenny Hochstein.

“BREAKING NEWS: I know today is international joke day… BUT THIS IS NOT. A. JOKE. According to an anonymous source, Lea Black, the mayor of Miami, WILL BE MAKING AN APPEARANCE FOR SEASON 5 OF THE REAL HOUSEWIVES OF MIAMI!!!” a RHOM fan page announced on Friday. “She will be brought on as a friend of Lisa helping her with her divorce.”

A post shared by The Real Housewives of Miami 🦩 (@rhom.peacock)

As fans will recall, Lea was part of the original cast of RHOM, which also included Cristy Rice and current cast members Adriana, Alexia, Marysol, and Larsa, but didn’t return to the series’ fourth season when it was rebooted by Peacock in 2021.

Amid news of Lea’s return, the Queens of Bravo on Instagram shared a series of video and photos of the cast enjoying a finale party in Miami, Florida.

“It’s a wrap!” stylist Zlata Kotmina wrote in the caption of an Instagram Story. 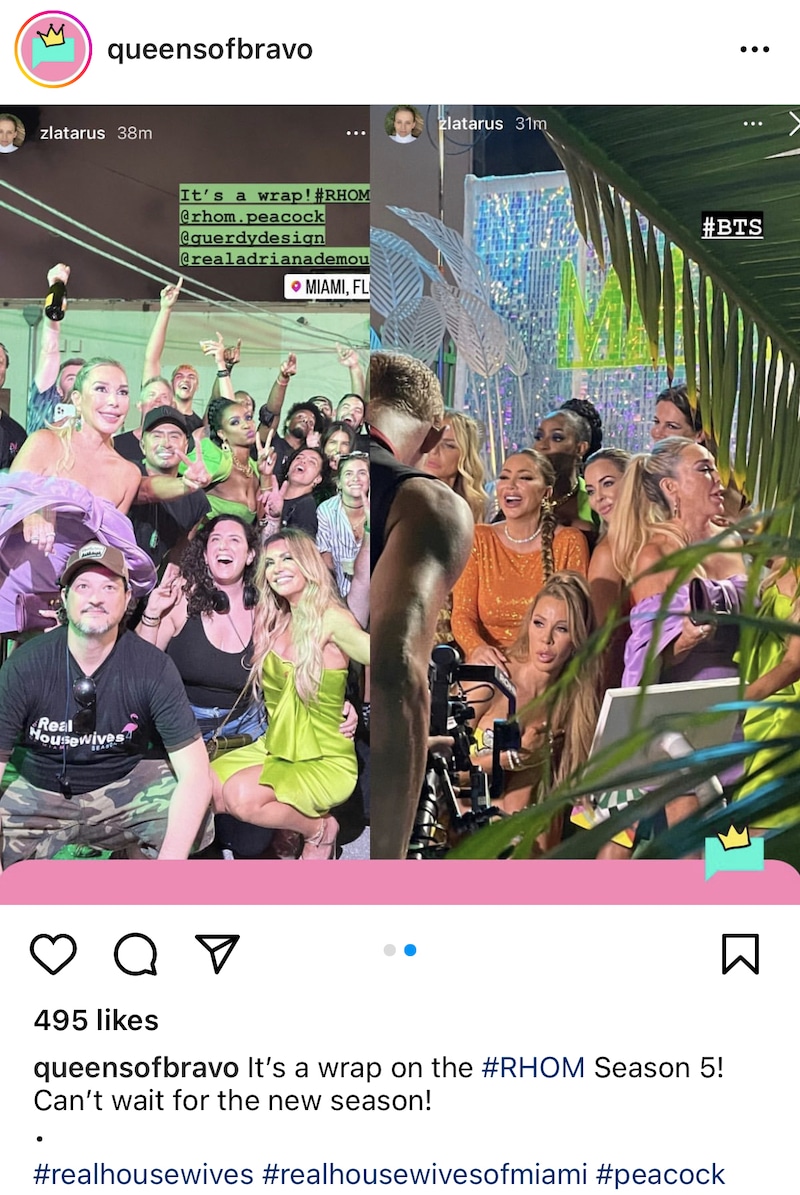 The Bravo fan page also shared a clip of Guerdy offering “cheers” to the camera as she and her castmates concluded production on the final scenes of the fifth season. 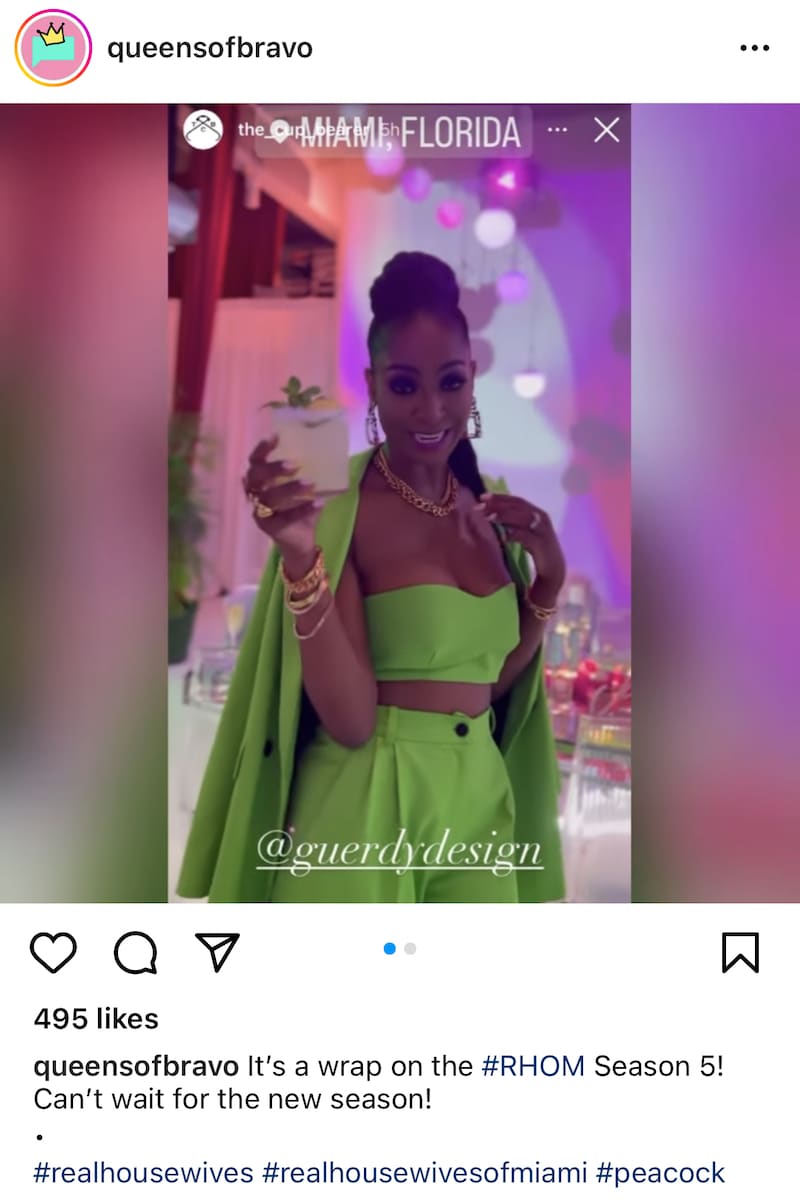 While appearing on Behind the Velvet Rope with David Yontef in January, Lea explained why she wasn’t a part of the season four cast.