Just after Katharina gave an interview to Page Six in regard to her potential relationship with the Real Housewives of Miami cast member’s kids, seven-year-old Logan and two-year-old Elle, and suggested she was being cyberbullied by Lisa, Lisa seemingly accused Katharina of “trying to be famous.”

“Someone’s trying to be famous…,” Lisa wrote in a tweet shared on July 8.

As RHOM fans may have seen, Katharina spoke to Page Six on July 6, stating that while Lisa suggested in recently-filed court documents that she didn’t want the model around her kids because it would be “detrimental” to them, Logan and Elle “would not know who [she was] if [she] stood next to them.”

In the same interview, Katharina’s rep accused Lisa of creating a fake Instagram account to bully her, saying that Lisa “threatened her on the phone” and “has continually cyber bullied Katharina,” which Lisa denied.

“I’ve got no time for Katharina’s childish antics and accusations,” Lisa said in response to the allegations. “They are false and just show her true colors and motives. I have my children to focus on and I am trying to keep them away from her and this negativity. None of these allegations are true.”

In other Lisa Hochstein news, the newly-single reality star celebrated her son Logan’s seventh birthday with a Star Wars-themed bash that appeared to be held at her and Lenny’s $52 million marital mansion on Miami’s elite Star Island. Lenny has since shared his own photo of him posing with Lisa and both of their kids. 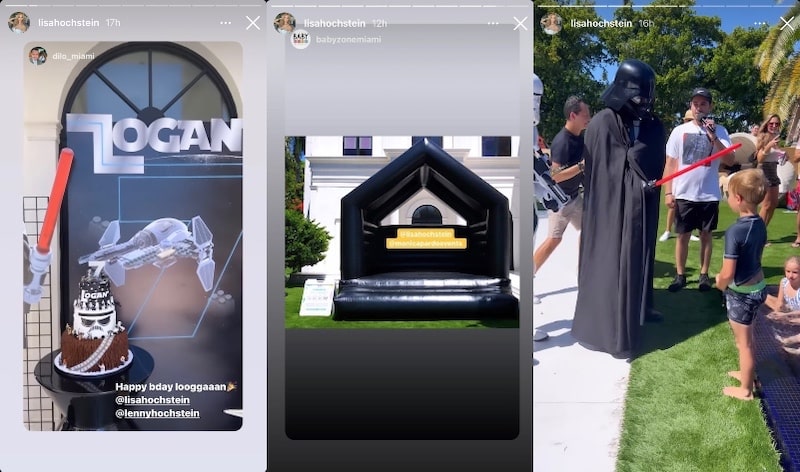 In addition to sharing a number of videos and photos to her own Instagram Story, Lisa reshared a post by Larsa Pippen, which featured her holding Elle as Logan stood beside his over-the-top cake. 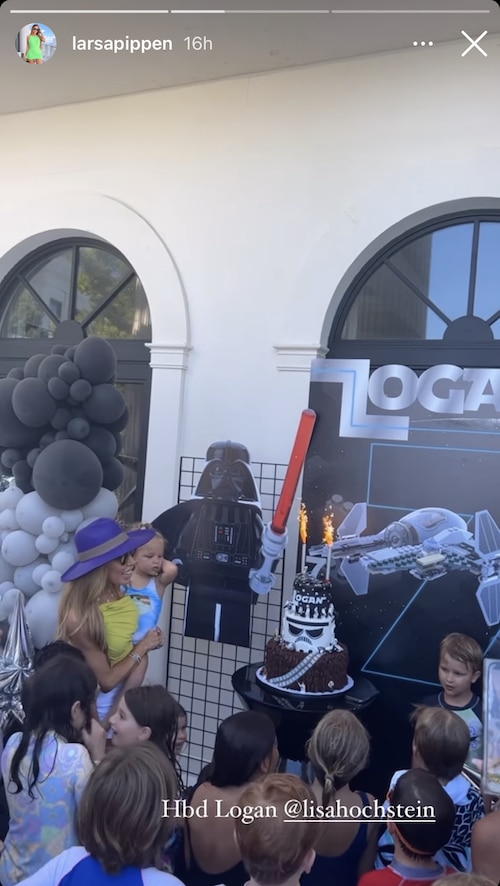 When Lenny filed for divorce from Lisa in May, the plastic surgeon claimed that “irreconcilable differences have arisen between the parties to the extent that their marriage is irretrievably broken and there is no present hope for a meaningful reconciliation,” and he confirmed their prenuptial agreement.

The Real Housewives of Miami season five wrapped filming earlier this month and is expected to begin streaming on Peacock later this year.