Jon Hamm Wants Erika Jayne to Give Back $750,000 Earrings, Admits He Wants to “Shake” RHOBH Star 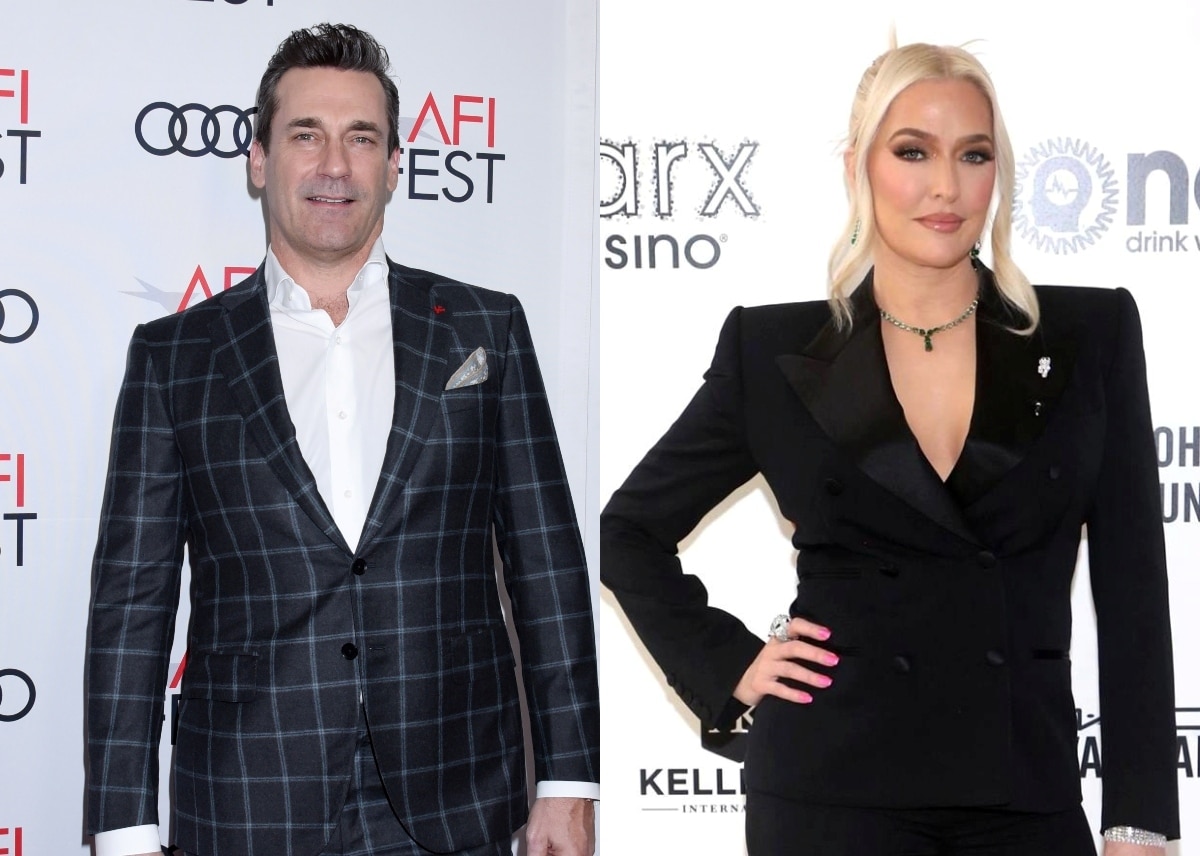 Before sharing which Real Housewives series got him started with the franchise, Jon confirmed he believes the RHOBH cast member should return the $750,000 earrings her estranged husband Thomas Girardi reportedly bought her with stolen settlement funds from his former clients.

“Should Erika Jayne give back the earrings?” host Howard Stern asked on September 19, via a clip shared on Instagram by Sarah Galli.

“Yes! She should… The circular argument that she does… It’s not responsible,” Jon replied. “You just want to shake her and go, ‘Honey, they were never yours. Give them back.’”

Jon also had questions about the value of the earrings, which Erika turned into a trustee earlier this summer. As RHOBH fans may have heard, the jewelry was purchased for $750,000 in 2007 but now has an estimated value of over $1 million.

Also during the episode, Jon said that while he is currently watching RHOBH because that’s the one that’s “on now,” it was actually The Real Housewives of New Jersey that first captured his interest.

“I watch [RHOBH] because that one’s on now, but the one that got me started, the first hit of the pipe, was [RHONJ]. Started in Jersey, then we went across the river to New York. And then we got on a plane and flew across the country and landed in Beverly Hills,” he shared.

As for the Real Housewives franchises he doesn’t watch, there are a few.

Jon’s comments about Erika come just days after actress Jennifer Lawrence shaded the troubled reality star as “evil” during an interview with Variety.

“My biggest problem with this season [is] that it’s just been boring, and I think that Erika is evil,” Jennifer stated. “I would go as far as to say um, she needs a publicist, like ASAP.”

Following the diss, Erika appeared on Watch What Happens Live, where she had a few choice words for her critic.

“Well you know it’s easy to label people when they are at their absolute lowest going through something in real time on television, but any time she would like to come on down and mix it up with us, I’m sure we could unmask the ugly parts of her personality as well,” Erika declared.